Review: The Price of Freedom

Pirates of the Caribbean: The Price of Freedom by A.C. Crispin

(Received for an honest review from Disney Press)


Excerpt from The Price of Freedom
Book Trailer: Very Interesting Interview with Ann Crispin and how she got started writing and how she came to write the Pirates of the Caribbean prequel.(12:09)

Twenty-five year-old Jack Sparrow is a clean-cut merchant seaman pursuing a legitimate career as a first mate for the East India Trading Company. He sometimes thinks back to his boyhood pirating days, but he doesn't miss Teague's scrutiny or the constant threat of the noose. Besides, he doesn't have much choice - he broke the Code when he facilitated the escape of a friend who had been accused of rogue piracy, and he an no longer show his face in Shipwreck Cove.

When Jack's ship is attacked by pirates and his captain dies in the altercation he suddenly finds himself in command. The wily sailor's skillful negotiations with the pirate captain - who turns out to be a woman from his past - result in a favorable outcome that puts Jack in line for an official promotion.

After making port in Africa, Jack is summoned by Cutler Beckett, who makes him captain of the ship called the Wicked Wench. Beckett gives Jack an assignment. He has heard a legend about a magical island named Kerma whose labyrinthine bowels are said to contain a glorious treasure. Beckett suspects that one of his house slaves, a girl named Ayisha, is from Kerma. He asks Jack to take her along on his voyage and seduce her into divulging the island's whereabouts. In payment for his services Beckett promises Jack a share of the treasure.

But this task isn't as easy as Jack initially believes. Before Ayisha agrees to reveal the location of her home she insists that Jack take her to the New World to rescue her brother, who has been sold into slavery in the Bahamas. Their voyage is long and arduous, an and as they weather a vicious storm and a surprise attack from an old pirate foe, Jacks grows to respect Ayisha and admire her bravery. He knows that Beckett intends to enslave her people after robbing them of their treasure, and Jack's moral compass is repelled by the idea. It might be possible to deliver Ayisha safely to Kerma, obtain some of the treasure, and convince Beckett that he never found it... but the greedy E.I.T.C. official has eyes everywhere, and if he learns that Jack has foiled his plans, he could take away the thing that Captain Sparrow loves most: his ship - and his freedom.

Is it possible to capture the essence and personality of a movie character on the written page? A.C. Crispin proves in her latest novel, The Price of Freedom that it more than possible, it's attainable! The iconic character, Captain Jack Sparrow has been immortalized in the Pirates of the Caribbean movie franchise and exceptionally acted by Johnny Depp. But movie goers may ask themselves, "How did Jack become a pirate?" "Why does he react the way he does?" "What makes him tick?" A.C. Crispin writes a very in depth and personal account of Jack Sparrow's early days in this brilliantly researched prequel to the popular Pirates movies.

Jack Sparrow left his childhood pirating days behind him when he rescues a friend accused rogue piracy. Cast out and banished, he leaves Shipwreck Cove. Now he spends his time aboard a merchant ship for the East India Trading Company, earning an honest wage and staying far from the reaches of the noose. But when his ship is attacked by pirates, he is once again thrust into the clutches of Cutler Beckett, a man who uses his position in the E.I.T.C. to fill his own pockets. Beckett has ulterior motives for making Jack the Captain of the Wicked Wench. He wants to use Jack to find a magnificent treasure on a secluded island that few people know exists. Beckett employs Jack to seduce the slave girl, Ayisha into telling him where the island of Kerma is, so that he can steal the treasure and enslave it's inhabitants. But first Jack must journey to the New World to free, Ayisha's brother. Can Jack sit back and watch Beckett destroy these people? How can he save both Ayisha and still remain a Captain? Is there any choice but to make a deal, with the devil?

Author A.C. Crispin is well known for work with the Star Trek and Star Wars series'. She has made a career of taking popular film and book characters and providing elaborate and interesting back stories. Taking on such iconic characters as Spock, and Han Solo. This time she takes on Disney's favorite pirate, Jack Sparrow. The Price of Freedom is essentially a prequel to the Pirates of the Caribbean movies.

We first meet Jack Sparrow as twenty-five year old merchant seaman, not a pirate. I thought the author did an amazing job of capturing the spirit and personality that Johnny Depp instills into the character of Jack Sparrow. Depp has created a pirate, that has no compunctions about piracy, but still has an inner moral compass that he can't seem to deny. Crispin picks up on everything from Depp's speech patterns to his swagger and employs them in her book. Crispin takes readers into Jack's mind and heart as she portrays him as a younger and less jaded man. The Pirates movies are more about Jack's adventures as a pirate and less about Jack the man. Crispin delves into what makes Jack tick, what causes him to be that pirate we meet in the Curse of the Black Pearl and she pulls it off with style.

The amount of research alone, needed to write a full length Pirates novel is astounding. Crispin seems to have knowledge about everything from ship layouts to the inner workings of the slave trade. Her writing is believable and rings true with an authenticity that readers will appreciate. She didn't just take the little information found in the movies and try to rehash and rework it into a plausible story. She breaks new ground with this novel, making it her own and creating a background for a character that many know and love. Fans of the Pirates movies will not want to miss this book.

The overall plot of the story almost seems secondary to what readers find out about Jack. But in and of itself the plot is rollicking pirate adventure, that even brings up some moral issues involving slavery and the true meaning of piracy. This book is appropriate for young readers as well as adults who love a good pirate yarn. At over 650 pages this may seem like too much of a chore to take on, but you won't be disappointed with this one from a Pirates fan perspective or from an adventure standpoint. The pages fly by, as Crispin takes the reader by the throat and doesn't let go til the final pages of the book! Yo Ho Ho and a bottle of rum... Jack Sparrow is one hell of a pirate!

The Price of Freedom is available NOW from your favorite bookseller. 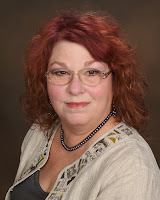 A.C. Crispin is a New York Times best-selling author who has worked in many film and television-related universes, in addition to writing books set in her own science fiction or fantasy worlds. She's the author of the Han Solo trilogy, the prequel novels about one of Star Wars' most popular characters. She also wrote the story of Mr. Spock's father in h Star Trek Novel, Sarek.

Crispin novelized the original miniseries of V, a million-copy best seller, as well as the fourth film in the Alien Series, Alien Resurrection. Besides fleshing out the back story for film and television characters, she's the creator of the StarBridge universe, a series of books about a school for young people of different specie's, set on a an asteroid in deep space. She writes fantasy as well, including two Witch World novels with SFWA Grand Master Andre Norton.

Ac. C. Crispin is a frequent guest at science fiction and fantasy conventions and writing conferences, including the mega-convention DargonCon, where she often teaches writing workshops.

A past vice president of Science Fiction and Fantasy Writers of America, Ms. Crispin co-founded a volunteer service that helps writers avoid Internet writing scams.
Posted by justpeachy36 at 2:52 PM