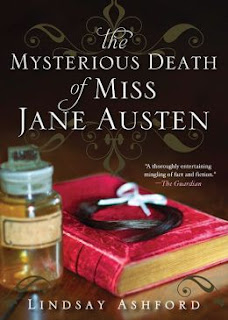 The Mysterious Death of Miss Jane Austen by Lindsay Ashford

Excerpt from The Mysterious Death of Miss Jane Austen, courtesy of Amazon's Look Inside feature.


"Where would I begin to explain it all...?"
Twenty-six years have passed since the death of Jane Austen. Armed with a lock of Austen's hair as perhaps her best clue, Anne Sharp, former governess to the Austen family and Jane's close friend, has decided at last to tell her story—a story of family intrigues, shocking secrets, forbidden loves, and maybe even murder...
Upon its publication in the UK, Lindsay Ashford's fictional interpretation of the few facts surrounding Jane Austen's mysterious death sparked an international debate and uproar. None of the medical theories offer a satisfactory explanation of Jane Austen's early demise at the age of forty-one. Could it be that what everyone has assumed was a death by natural causes was actually more sinister? Lindsay Ashford's vivid novel delves deep into Austen's world and puts forth a shocking suggestion—was someone out to silence her?

British author and criminologist Lindsay Ashford puts forth a startling question to the many fans of Jane Austen. Was Jane's death at the early age of 41 due to natural causes or was it murder? Speculation on this topic has run rampant since the time of Austen's death in 1817. Ashford's book, The Mysterious Death of Miss Jane Austen is a combination of historical facts and fiction. Based on the limited amount of evidence available Ashford has crafted an utterly fascinating novel that will leave readers with a very different idea of the Austen family and about Jane herself. Is it possible? Yes... I think it is.

Lindsay Ashford has taken the mysterious death of one of fiction's most loved authors, Jane Austen and turned it into a wonderful mystery novel. The eerie thing is... she could be on to something. It has often been surmised that technology was not developed enough at the time of Austen's death to prove conclusively that she died of natural causes. In letters
Austen wrote to family and friends, she describes certain things about her condition that have often lead to speculation as to the fact that she may have been poisoned with arsenic. There are of course other theories, but this is the most plausible. But who would want to kill Jane?

Ashford writes an portrayal of Jane's family that is both shocking and believable. She goes into details about possible family secrets and that fact there were people who may have wanted to see Jane silenced. Ashford's book is so eerie, it will make the hair on the back of the readers neck stand up. She depicts Anne Sharp a friend of Jane's in such a way that readers believe in the sincerity that Anne has for finding out the truth of what happened. Ashford mixes the facts with fiction so completely that it is hard to believe that this is a novel and not a factual account of the mystery surrounding Jane's death.

Readers who love a good mystery will find it here in spades. And readers who love Jane Austen will be both entertained and scandalized at the fact that their beloved Austen may have been silenced before her time. Ashford's theories are riveting and so full of surprises that the reader will be glued to the pages. There is a sense of foreboding and an sense of reality involved in Ashford's style of writing this novel that will give readers the chills.

This is a gripping novel that grabs you from the first page and won't let go. Austen fans and mystery readers a like will flock to the North American release of Ashford's book. Previously released in the UK in 2011, it stirred up so much controversy, that it became an international phenomenon. It's release in the US will no doubt produce the same fervor and zeal to find out what really happened to Jane...

The Mysterious Death of Miss Jane Austen is available NOW from your favorite bookseller.

I'm giving this one 5 out of 5 apples from my book bag... because it really has me wondering if Ashford might just be right! 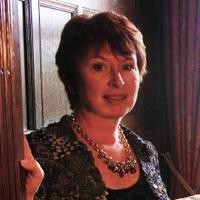 Lindsay Ashford is an award-winning British mystery novelist and journalist. Her writing has been compared to that of Vivien Armstrong, Linda Fairstein, and Francis Fyfield. Raised in Wolverhampton, Ashford became the first woman to graduate from Queens' College, Cambridge in its 550-year history. She has a degree in Criminology and, in 1996, began writing mysteries. Ashford divides her time between a home on the Welsh coast near Aberystwyth, Wales and the village of Chawton (Jane Austen's home) in Hampshire, England.

Since it was late in the month, I was unable to find a giveaway still going on for this title. That may happen sometimes when I am reviewing books near the end of a month. But, I will always try to find one for you to enter if I am not providing a giveaway for the title.
Posted by justpeachy36 at 12:52 PM