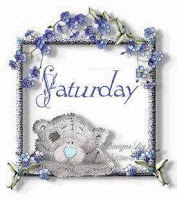 Thanks so much for posting my contest along with all the others! This is a great way for me to see what's going on at a glance. I've found some contests that I'll definitely be entering! :)

Thanks for the mention!!

Thanks for posting my giveaway...I hope you visit again.

Thanks for posting these contest. It makes it much easier when you want to enter more than one and you don't have to search each one.

Thanks for the shoutout!! It's really appreciated.

Thanks a bunch for posting my giveaway!