There's one question a girl should always say yes to...

But Lucy Gibson said no. On national TV. Now she's hated by nearly everyone.

Fleeing the spotlight's glare, Lucy holes up in a cottage in the country, where she just might find the right reasons to say yes after all...

From beloved novelist Philipa Ashley, Just Say Yes is a sharp and exuberant tale of the rocky road to love that'll leave you saying "Yes!"

With Reality TV sharing a lot of the spot light these days, Phillipa Ashley's book, Just Say Yes is a timely and relevant novel.It's about a young woman who rejects a proposal on national television that spurs some much needed changes in her life. Ashley's character's are quirky and eccentric and most importantly flawed. Live and love can be a never ending roller-coaster and Ashley portrays it with all the humor and heartache that comes with it!


I will admit that I don't read too many British authors. Mostly that's because I am not exposed to that many of them in my normal reading habits. But Phillipa Ashley has become one of my favorites. Her books are delightfully English in every way. From the dialogue and setting to the quaint and often hilarious British humor that her characters are brimming with. Often in books, I think readers are looking for something out of their normal scope and for me this is just that kind of book. I don't read contemporary romance that often either, but again Phillipa Ashley is an author that fills that niche for me. Two birds with one stone, as they say.


Just Say Yes is a wonderfully written book that is easy and fun to read. It can be read in a couple of sittings and readers will be left feeling happy and end with a smile on their faces. Ashley uses a lot of wit and humor in her writing with her characters and with her situations. Not accepting a proposal on national television doesn't sound too funny, considering the fallout for heroine, Lucy Gibson. She becomes one of the most hated women in England due to her refusal to Nick. But Ashley makes this a very light romp to the seaside where Lucy gets her escape from the limelight but finds herself in one amusing situation after another. The banter between the characters is enjoyable and full of hilarity.


Lucy is a great character. She is by no means perfect. But her flaws make her all the more lovable. She reminds me in some ways of a modern Bridget Jones. She has a job she can't stand, ends up partying and drinking too much and then she ditches her fiance on TV. But once she decides to make positive changes in her life, she doesn't look back. She continues to grow throughout this book and readers will find her journey enchanting. At first it seems she's picked the wrong man again with Josh, who has a girlfriend. But things take a lot of twists and turns and throughout it all Lucy makes the kinds of changes she longs for and needs in her life. I loved the character development in this one.


The secondary characters from Lucy's best friend Fiona and her neighbor Charlie to her dog make a great impression on the reader. Fiona is an eccentric author who always has some quirky advice for Lucy, but she supports even when she doesn't like her choices. Charlie seems like a great friend. He is always there to pick up the pieces when Lucy falls apart with a smile and laugh that make her want to see what else life has in store. Hengist, the dog was a favorite of mine. Cavorting with Josh's Lab was one of Hengist's favorite activities and it got Lucy in all sorts of messes.

This is a great book. It's light, it's funny and it's a great romance. You can't go wrong with those qualities in a good book. Give it a try, I think you'll like it.

Just Say Yes is available NOW from your favorite bookseller. 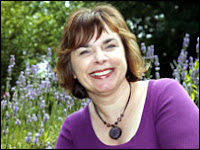 Phillipa Ashley studied English Language and Literature at Oxford University before working as a freelance copy-writer and journalist. She lives in an English village with her husband and daughter.
Posted by justpeachy36 at 9:30 AM