Review: Emma and the Vampires

Emma and the Vampires by Wayne Josephson
(For review from Sourcebooks)
Synopsis:
In this hilarious retelling of Jane Austen's Emma, screenwriter Wayne Josephson casts Mr. Knightly as one of the most handsome and noble of the gentlemen village vampires. Blithely unaware of their presence, Emma, who imagines she has a special gift for matchmaking, attempts to arrange the affairs of her social circle with delightfully disastrous results. But when her dear friend Harriet Smith declares her love for Mr. Knightley, Emma realizes she's the one who wants to stay up all night with him. Fortunately, Mr. Knightley has been hiding a secret deep within his unbeating heart-his (literal) undying love for her...
Thoughts:
Jane Austen would certainly be surprised at the new fad, we like to call "mash-ups." The classic works of Jane Austen are being updated for a new generation of readers. First we had, zombies and then sea monsters and now vampires have entered the world of Jane Austen. This is the first book of this kind that I've read and I'll have to admit being skeptical at first. I am a big fan of the paranormal, but I wasn't sure how that would translate to my love of historical fiction and Jane Austen in particular. But, I'll have to say I was pleasantly surprised.
Emma is one of the best loved of Jane Austen's books and Wayne Josephson has taken it to a whole new dimension. Highbury, England has been infiltrated with "blue blood" vampires. The aristocracy has a very big secret and the local residents are unaware that vampires live amongst them. Emma believing she has a knack as a matchmaker works to procure matches for her society friends. As we all know, that usually backfires and this instance is no exception. When her best friend Harriet takes a liking to her neighbor, Mr. Knightley, Emma is forced to realize that she loves him and wants to be with him. Will she change her mind when finds out he isn't exactly what he seems?
It's really a great book in itself. If you put it up next to Jane Austen's work, you can easily see the parallels and Emma still has her most memorable moments in Josephson's adaptation. I was happy to see that the spirit of the novel is intact, however changed. I love Jane Austen and now I'll have say... I love Wayne Josephson as well. I would recommend this one to anyone who is a fan of both Austen and the paranormal or a fan of either and would like something a little different.
Emma and the Vampire is available NOW from your favorite bookseller.
I'm giving this one 5 out of 5 apples from my book bag! 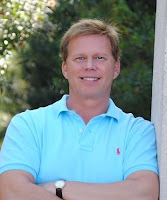 Wayne Josephson received his BA from Emory University and his MBA from Wharton. After twenty years on Wall Street, he decided to pursue his long-delayed desire to write, becoming a successful screenwriter. Emma and the Vampires is his first novel. He resides with his wife and three children in Charlottesville, Virginia.
Posted by justpeachy36 at 11:25 AM

Great review Debbie. I am personally vamped out but if I decide to return to the genre, I'll give this a try.

I have read so many good reviews on this. Since I love Emma. I love to give this a try ;p