Review: Just One Season in London 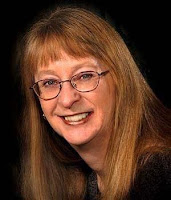 Leigh Michaels is the author of nearly 100 books, including 80 contemporary novels and more than a dozen non-fiction books. More than 35 million copies of her romance novels have been published by Harlequin. A six time RITA finalist, she has also received two Reviewer's Choice awards from Romantic Times, and was the 2003 recipient of the Johnson Brigham Award. She is the author of On Writing Romance, published in January 2007 by Writers Digest Books. Leigh also teaches romance writing on the Internet at Gotham Writers' Workshop. She lives in Des Moines, Iowa.
Posted by justpeachy36 at 12:38 PM