Review: The Surrender of Lady Jane 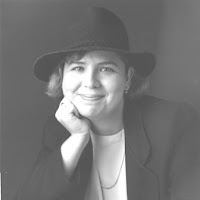 Marissa Day writes her steamy historical, paranormal romances for Berkely Heat. Her first romance novel, LOVE’S OWN TIME was written 20 years ago and was, according to the author, “an absolute disaster which thankfully never saw the light of day.” Since then, thanks to her agent, her editors and a very patient critique group, she’s learned some more about writing, and, thanks to her husband, a lot more about happily-ever-after.
Posted by justpeachy36 at 2:16 PM