Review: A Weekend With Mr. Darcy 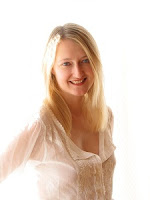 Victoria Connelly's first novel was promoted in Germany to celebrate World Book Day and was adapted into a TV movie. Her second novel was published as a lead title in the UK and chosen as a "hot pick" in Closer magazine. Her new trilogy is her first foray into Jane Austen related fiction. Connelly lives in London.
Posted by justpeachy36 at 11:08 AM

This sounds really cute. I'll have to add it to my TBR. Thanks for the review.

I enjoyed this book, too, and like you, I would love to attend such a conference!