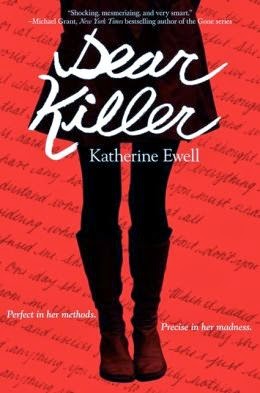 (Received for an honest review from Katherine Tegen Books)

Full of "can't look away" moments, Dear Killer is a psychological thriller perfect for fans of gritty realistic fiction such as Dan Wells's I Am Not a Serial Killer and Jay Asher's 13 Reasons Why, as well as television's Dexter.
Rule One: Nothing is right, nothing is wrong. Kit looks like your average seventeen-year-old high school student, but she has a secret: she's London's notorious "Perfect Killer." She chooses who to murder based on letters left in a secret mailbox, and she's good—no, perfect—at what she does.
Her moral nihilism—the fact that she doesn't believe in right and wrong—makes being a serial killer a whole lot easier . . . until she breaks her own rules by befriending someone she's supposed to murder as well as the detective in charge of the Perfect Killer case.
As New York Times bestselling author of the Gone series Michael Grant says, Dear Killer is "shocking, mesmerizing, and very smart."

Katherine Ewell is an 18 year debut author, bringing readers a book that is touted as a cross between Dexter and Pretty Little Liars. Dear Killer has an interesting premise that will draw readers in. Kit is known in London, as the "Perfect Killer." She is young, smart and has no real sense of right and wrong. Trained by her mother who is also an assassin, Kit gets her requests for murder from a secret mailbox. But eventually she starts to have her doubts about murder and why she does what she does. A premise with a lot of potential!

First let me say that I had a lot of issues with this particular book. Some can be attributed to the fact that this is a debut novel and some are most likely the result of the author's young age. But there were some redeeming qualities to this title as well. And I want to talk about those first.

The blurb about this book was fascinating. I thought I would be reading a novel from a young writer who had written something different and full of surprises and that was true to some extent. Ewell gives readers a killer that is far different from what we would normally expect. First of all she is female and a serial killer. I thought that was an original idea since most of these kinds of stories feature men. I thought Ewell did a good job with creating a female killer, without a conscience. Kit didn't necessarily kill for glory, in fact in the beginning she alludes to the fact that she does it because that is what she was trained to do and for the money or reward for doing each job. She is a realist in some ways. Death is inevitable, she just helps it along.

I also liked the idea of the secret mailbox. That came across as interesting and even though maybe a bit implausible, it was unique. It was unexpected and provided a way for the killer to get the information on who to kill and why. The persona of the "Perfect Killer" is enhanced by the fact that anyone can get in touch with the killer if they know where the mailbox is and the kind of payment required. It was certainly not something I had seen before and that kind originality is one of the things that I did enjoy about this book.

Unfortunately, that's where the good stuff ends. Kit isn't Dexter. Not by a long shot. Dexter has a conscience. Even though he is a serial killer, he uses those instincts and compulsions to kill other serial killers or those who in some way deserve their fate. Kit however, kills whoever someone decides to target, whether for a good reason or a petty one. She stole my boyfriend, I need the life insurance money, etc. etc. I just couldn't rationalize getting behind Kit and wanting to see her succeed. I found myself not wanting her to win and that's not the right way you should feel about a lead character. She just didn't have any redeeming qualities. I have read lots of books about killers, but this one was just off for some reason. I know the author was trying to do something different, but I think she took that idea a little too far and didn't give the reader a reason to "like" her protagonist.

There were also a lot of inconsistencies in the book. At one point Kit is glad that the Perfect Killer is only known in London and in another part of the book seems proud of the fact that the killer is known worldwide. The book is set in London, but there are very few references to setting or turns of phrase or anything that would keep the reader focused on where the book takes place. It could have been anywhere. The idea of a seventeen year old girl being asked to help investigate a serial killer, by a very young Scotland Yard inspector was also a bit hard to swallow.

I think the most improbable part of the book was the fact that though the author claims that Kit is very smart and intelligent, yet she makes some very foolhardy mistakes and even second guesses her decision to stop killing. If she really had no sense of right or wrong she would never question herself. It's almost like seeing a person who is extremely smart, but has no common sense whatsoever. Kit is good at killing, a professional even, but when it comes to real life, she hasn't got a clue. That's when the teenage mentality comes out. Her decisions are that of child and not an accomplished murderer.

This book had a lot of potential and I could see where the author was trying to go, but she just didn't get there. A female serial killer, good idea. A teenage killer, good idea. A secret mailbox, good idea. But none of the good ideas panned out into a good book. Readers will have a hard time getting behind the character and seeing a reason why she could or would change. Keep in mind this is the first book, by a young author, she has the right building blocks, but she needs to put them together in a different way.

Dear Killer is available NOW from your favorite bookseller. 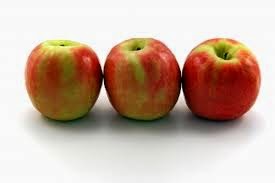 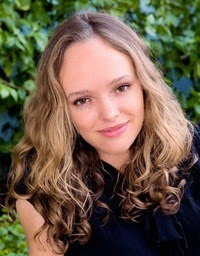