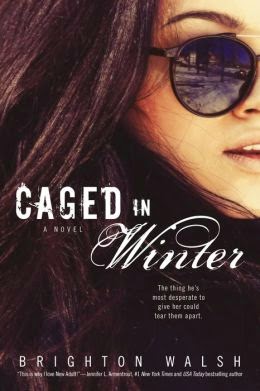 Caged in Winter by Brighton Walsh

WARNING: Please be advised that there is some adult language in the following excerpt. However, it is not NSFW. (Not Suitable for Work)

Excerpt from, Caged in Winter:

I bend my knees so we’re eye level and tug on her hand until she meets my gaze. “I don’t know what we could have. It might be nothing. But I’ll be honest . . . I haven’t felt like this in a long time, and that’s enough for me to know I want to see where it goes. Can’t we just see where it goes?”

“How about you worry about if I’m right for you. Let me decide the other.”

And then before she can stop me, before she can utter another word of opposition, I slide my hand up her arm, over her shoulder, until it’s wrapped around her neck. With my other hand, I swipe a piece of hair back with my fingers, and then lean in, brushing my lips against hers. After only a moment, I pull back just enough for her to be able to tell me to stop. When nothing comes, I close the distance between us once again, taking her bottom lip in between mine. I brush my tongue against it, coaxing her mouth open, and she breathes this sexy little gasp as I slip inside. She tastes like cookies and wine, and I want to fucking devour her.

She grips my shirt with both hands, clutching me to her, and I stop holding back and press every inch of my body against hers, groaning as my cock presses fully against her. The moment a whimper comes from her, I know she feels it. And I can’t muster up any embarrassment, because I want her to feel it. Even with all her brass balls and fuck-everything attitude, something tells me she needs reassurance, so I give it to her. In every stroke of my tongue against hers, every brush of my thumb along her jaw, I show her how much I want her.

When her chest is heaving, her lips parted and swollen and so fucking hot, I trail kisses down her neck, seeking out every inch of skin that’s uncovered. Her head thumps back against the wall, one of her hands gone from gripping fistfuls of my shirt. Instead, she’s holding my head to her, and I don’t want to stop. I want to kiss and lick every inch of her, slip my hands under the material of her sweater, unbutton her jeans, and not stop until I feel her soft wetness against my fingertips.

But the knowledge that she’ll regret it if I don’t stop forces me to slow down.

I pull back, loosening my grip on her and putting an inch of space between us. I kiss the corner of her mouth, her cheek, and then her ear. Against it, I whisper, “Don’t say no.”

There’s a beat of silence. Two. Three. And then she says the sweetest word I’ve ever heard.

In this emotional and sexy New Adult debut from Brighton Walsh, the only thing more frightening than commitment is hope… Aspiring chef Cade Maxwell is immediately, viscerally attracted to Winter Jacobson. But it’s not her mouthwatering curves he’s drawn to—it’s the strange emptiness in her eyes. When Cade saves her from a drunken customer with grabby hands, he’s shocked at her response… Winter doesn’t need Cade’s help. After a lifetime of getting by on her own, she’s happy to rely on herself. She’s exactly seventy-six days away from graduating college, and if she can hold it together that long, she’ll finally be able to rise above the crappy hand she was dealt. But now, every time she turns around, Cade is there, ready to push her, smile at her, distract her from her plans. Winter knows she can’t afford to open up—especially to a man she’s terrified to actually want…

"Anything worth having, is worth fighting for." That should be the underlying theme of Brighton Walsh's new book, Caged in Winter. Both the heroine and the hero of this story are fighting for something. They are fighting for a better life for themselves and for those they care about. This is a character driven story that will have readers re-thinking how they relate to the people in their lives. Cade is also fighting for his place in Winter's life and she doesn't make it easy. But it's worth it! A great story from a very talented author.

Caged in Winter is a new adult novel, meaning that it is about characters who are moving into adulthood, being on their own and starting their adult lives. Often that means that new adult novels are about people who are in college or just out of school. This is not always the crowd I tend to relate to, but Brighton Walsh did a fantastic job of making Winter and Cade more than just a college couple. These two characters have gone through a lot in their young lives and have experiences that many of us don't have until we are much older. I felt like I could relate to Winter despite the fact that she was young and Cade was a responsible young man who had a heart of gold.

Winter is very fierce heroine. She has something to prove to herself. She wants to make it on her own and she doesn't need help from anyone else to get her there. I appreciated her work ethic and her strong desire to be independent. She worked a dead end job as a waitress in a bar while she went to school. She still kept her grades up and her head down. That kind of attitude gave the book a strong female lead, but she was also lonely and in need of understanding how to let other people into her life. She was desperate not to turn out like her mother and it was basically killing her inside.

Cade was pretty much her salvation. Cade is a chef. He has worked hard to get where he is and to provide for his family. He doesn't have the time or the luxury to get involved with someone, but when he meets Winter everything changes for both of them. It it rare for the male lead in a novel to fall so completely head over heels in love, but Cade does. The cool part about that is that it is totally believable. His character is intense and passionate but he's also a great guy with a lot of love to give. I loved the way Walsh portrays him banging away and Winter's walls, taking them down a brick at a time. He was determination embodied.

There were some very hot scenes between these two characters but they seemed very natural and real to the story, they weren't just thrown in to bring in the romance audience. They had a very organic feel to them. I thought Walsh had a good sense of when to add the heat and when to turn it down and let the rest of the story speak for itself. A rare quality in a romance writer. New adult books tend to be a little heavy on the romantic encounters and light on substance, but not Caged in Winter, it has the perfect balance.

There is a bit of language, but you guys are adults and can handle that. It doesn't take away from the beauty of the story and the intensity of the relationship between the characters. Walsh doesn't hold back and I appreciated that. I don't need a sugar coating when it comes to a good story. Sometimes, "Gosh, Darn it!" just doesn't get the job done...LOL.

This is a very creative and intense story. The characters are so well drawn and believable that it is easy to sink into this book and savor every moment. Caged in Winter is story about two people who are survivors, strong and independent, yet needing something from each other. I wanted them to have a happy ending so much that it hurt. Just an all around amazing novel!

Caged in Winter is available NOW from your favorite bookseller. 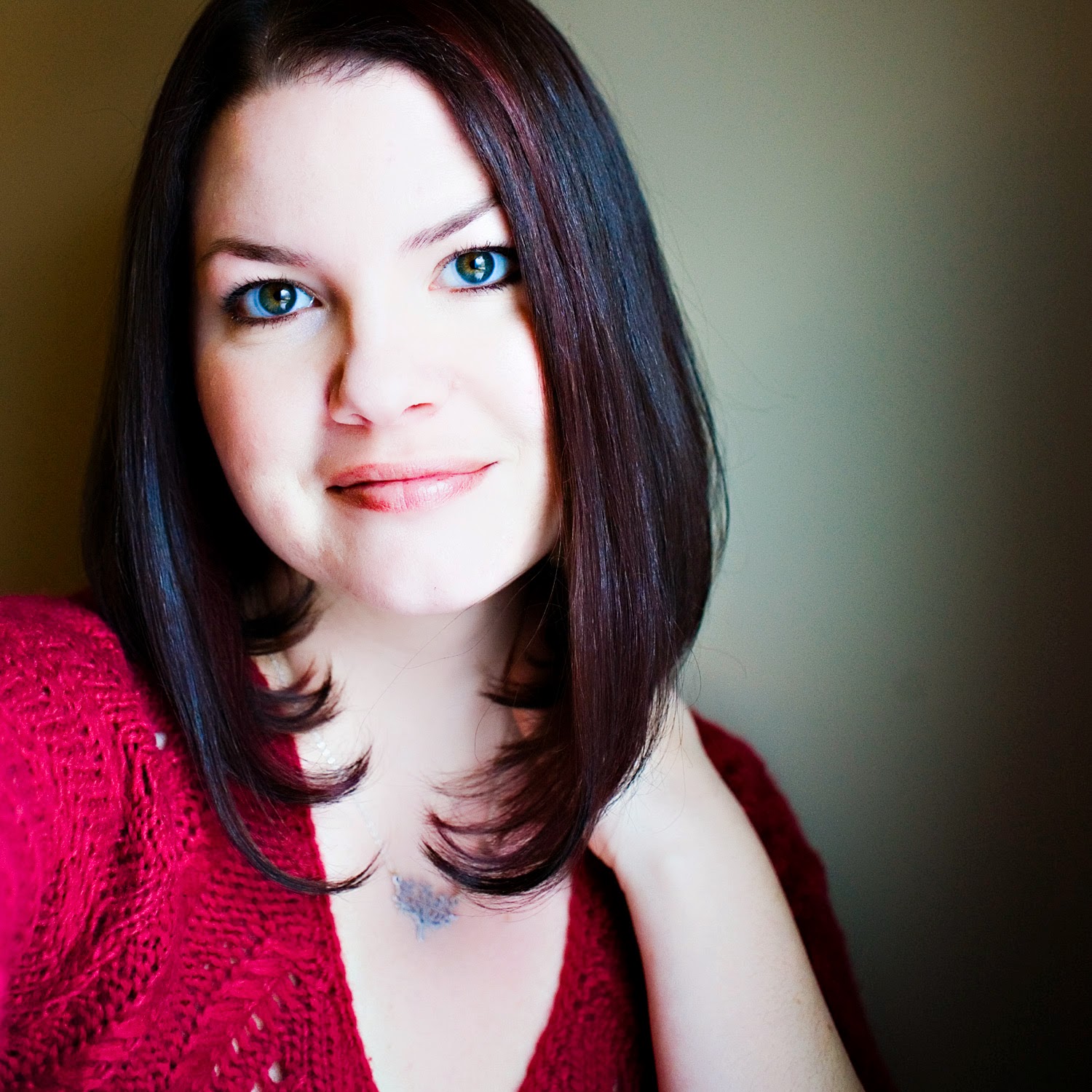 Brighton Walsh spent nearly a decade as a professional photographer before deciding to take her storytelling in a different direction and reconnect with her first love: writing. When she's not pounding away at the keyboard, she's probably either reading or shopping--maybe even both at once. She lives in the Midwest with her husband and two children, and, yes, she considers forty degrees to be hoodie weather. Her home is the setting for frequent dance parties, Lego battles, and more laughter than she thought possible.

The publisher is sponsoring a tour wide giveaway. Fill out the Rafflecopter Below for your chance to win.