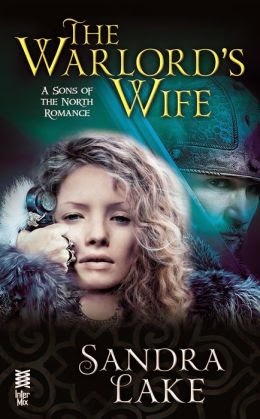 Lida was married to the love of her life for just two months when she became a widow. Pregnant and disowned by her late husband’s family for suspected infidelity, she was forced to return to her family in shame. Eight years later, uninterested in the prospect of finding another husband, she finds herself the unwilling object of a marriage contract with a powerful warlord. In a day, she is wed, bed, and put on a ship headed for Tronscar; an unknown icy stone and steel fortress.

Jarl Magnus is pleased to have taken a strong wife who, however stubborn she may be, will surely produce sons. However, he is less pleased with his wife’s additional baggage—a young daughter. But despite himself, Magnus falls for the daughter just as hard as the mother, and Lida’s heart is warmed to see the cold, serious Jarl move surprisingly fast into the role of stepfather.

When enemies attack Tronscar, Jarl Magnus’s nerves of steel waver, as the warrior fears his love for Lida will weaken him. But when his family is threatened, he’ll go to war to protect them, discovering along the way that they have the strength to protect themselves.

Debut author Sandra Lake takes historical fiction to new heights with her first book in the Sons of the North series, The Warlord's Wife. Readers who enjoy historical fiction but are tired of the same old offerings will find this book a refreshing change. Lake gives readers a look into the Viking culture and history like they've never seen it before, through the eyes of a young woman, touched by tragedy. The Swedes that Lake writes about are a strong and noble people who brave the cold and inhospitable North to raise there families and live their lives. A great new series!

Sandra Lake went back to her roots in writing this novel. Being from Sweden she had a unique perspective that translated well in her first novel. The Warlord's Wife had an authenticity and realness that readers don't always find in historical fiction. Readers who are tired of the ton, will love the great white North. I thought Lake did a fantastic job of showing the setting and making the reader aware of the kind of people it takes to live in this kind of environment. The historical background was well researched and well written.

Being a debut novel, I generally expect a few hiccups and that was the case with this book as well. There were moments when the pacing was a little off, some spots read very quickly, with lots of action and things going on, while other parts of the story drug a little bit and moved too slowly. I think that's just one of those things you learn along the way. I'm sure that Lake will perfect her timing and balance as she matures as a writer.

I also felt like there were some issues with the intimacy between the characters. I realize that Lida has had a difficult journey in her life and that she isn't sure she wants to be the Jarl. But once they began to get closer I expected a little more from the romantic scenes. I wanted it to be about more than producing a male heir. It was, but it didn't have that feeling that some romances give you.

That being said, there were a lot of things to like with this book as well. I loved the interactions between both Lida and her daughter Katia, and the Warlord and Katia. It was easy to see that the Jarl had not been taught the value of women, other than to produce children. It was amazing to watch how he transforms throughout the book. He becomes that hero that you want him to be. He had a great journey and I think Lake did a great job with character development.

There was a lot of action in this book centering around the fact that the Warlord's family was not satisfied with his choice in a wife and were quick to cause trouble at every turn. I liked the back and forth between the family members and Lida and her husband. I was glad to see him take her side and be that man he needed to be.

This was a good book. I liked it a lot. It was a break from Regency England in the historical romance genre. Which made it unique and refreshing. The historical background was amazing and the author did a superb job with characterization. I did stumble a bit with the pacing and I felt the romance was slightly lacking, but there is a lot of potential here and I think readers are going to want to watch Sandra Lake as she matures as a writer. A very good start to a new series!

The Warlord's Wife is available NOW from your favorite digital bookseller. 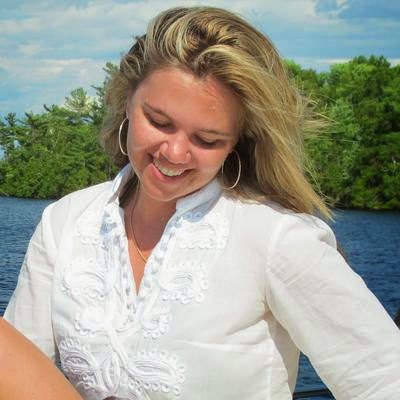 Sandra Lake was born somewhere in the wilds of Sweden. Surrounded by shirtless, blond men, she learned to sail, swing a sword and skin a bear when she was only three--wait no, that was Davy Crockett...
The real Sandra was raised in rural Canada. (close enough to Sweden) She married her childhood sweetheart (who is blond and on occasion shirtless). They are currently living happily-ever-after along with their kids and unruly husky in Quebec, Canada.
Posted by justpeachy36 at 9:00 AM