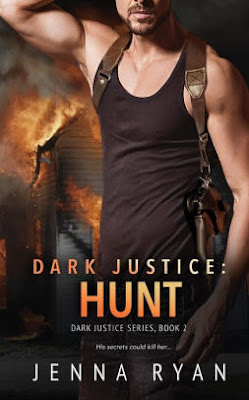 (Received for an honest review from Entangled via Netgalley) 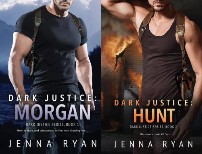 
Dr. Melia Rose and ex-Marine Johnny Hunt had it all. Until one night in Atlantic City changed everything. She’s left shocked, confused, and alone, unable to come to terms with what happened.
Hell, she doesn’t even know what happened; she just knows her life has taken a one-eighty.
Now, Melia’s started over—again—in her secluded, boring life in the swamps of Florida. The people are great, she has a housekeeper who may or may not be Bette Davis reincarnated, and it’s quiet. But when her ex-husband shows up, dropping a bomb of epic proportions, her new life is a whole lot more dangerous than she could have ever imagined.
There’s nothing Johnny wants more than to undo the damage from the past. The secrets he’s been carrying have been eating away at him, but protecting Melia was more important than anything else. Even his own life. He managed to save her last time, but the danger is close—too close. In order to save her once more from his demons, Johnny will have to come clean...about everything.

Jenna Ryan is back with the latest book in her Dark Justice series, Dark Justice: Hunt. This is an adventure packed novel with intrigue, relationship issues and plenty of action to keep the reader glued to the pages. Ryan's tongue and cheek humor sets a light tone for the book and sparks fly between the hero and heroine. Readers looking for a book that is quick to read, emotional and sensual will find just what they are looking for with this one.

I'm a sucker for a good hero and Johnny Hunt certainly filled that role well. Currently a US Marshal and a former Marine, this hero had heart, charisma and a strong moral code. The actions he takes to ensure the safety of his wife were not only drastic but heart breaking. Ryan does a wonderful job of showing how difficult the last three years have been for both Melia and Johnny. He may be an alpha male but his heart shows through in all of his actions. I like a strong man, but one who knows how to share his emotions as well, is hard to come by.

Melia has been through a lot even before this book begins. It's been three years since she's seen her ex-husband but it's obvious her feelings are still there. Melia is portrayed as a woman of substance, she's a doctor and she takes all of her actions very seriously. And actions she believed she committed against Johnny have weighed heavily on her. As a heroine, she was strong and intuitive. She was her own person and didn't need to be coddled. I thought Ryan did an excellent job of giving the reader a strong female lead.

Most romances follow a pretty predictable pattern. Boy meets girl. They fall in love. Have some issues. Break up. Get back together. Live happily ever after. Not so in this book and it made all the difference. I liked the fact that Ryan gives readers an already established relationship. She essentially cuts out the middle man. She gives readers a couple who not only know each other, but love each other, right from the beginning. It made the story take a different direction than expected and that's something readers are looking for. Something different to make a book stand out. Ryan pulled this off well by changing the rules a little bit. I liked that. Typical and predictable often lead to boring.

This book was full of action, intrigue and hot romance. I never used to think I liked romantic suspense but in the past few years that has changed. I didn't think I liked male characters who were commanding and forceful, but that's changed too. I've found with books like this one, an author can strike a good balance between too much suspense and just enough. Also the romance can be hot and steamy, but there can still be a lot of tenderness and emotion conveyed. Ryan does a great job blending all of these elements together in Dark Justice: Hunt. And readers won't be disappointed in the outcome.

I was slightly disappointed in the way that Johnny chose to handle a difficult situation. To me it seemed like their could have been many other ways to protect Melia without making her feel ashamed of herself and her actions. I think she was a strong character who could have understood the danger and been a support to Johnny, but that would have changed the entire plot of this book. I thought Ryan might have been able to tweak a few things and make this part of the novel better, but she make up for this part in the end.

There is action and then there is too much action. This one walked a fine line. From fire fights to poison to explosions. It could have gotten a bit out of hand, but Ryan was able to reel it back in with the romantic elements of the story. I want my romantic suspense novels to be believable. To have some sense of reality. Most people don't go out their front door expecting drug lords and bullets. That being said, this was still an good book.

I liked this one. It had a lot of good things going for it from a very sexy hero with a heart of gold to some quirky secondary characters, like Gert the housekeeper. Ryan gives us a story that doesn't follow the pattern we are used to in romance. I liked the established relationship but had a bit of difficulty with Johnny's treatment of a delicate matter. There is plenty to love here and in the end it all works out the way we want it to. But what a journey!

Dark Justice: Hunt is available NOW from your favorite bookseller 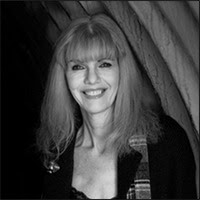 Jenna Ryan was born in Victoria, British Columbia, Canada, but spent her childhood in several different areas of the country. She began creating stories before she could read. Growing up, romance alone had a strong appeal, but as it turned out, romantic suspense was the perfect fit. After all, what could be better than adding the darker elements of a mystery to a romantic relationship? And, oh, the fun of those secondary characters. Over the years, she has worked in several different industries, including modeling, interior design and travel, however, writing has always been her passion - even if she didn't go about it in the usual way. She earned a degree in Creative Writing from the University of Victoria in British Columbia and currently lives in a semi-rural setting fifteen minutes from that city.
Posted by justpeachy36 at 10:00 AM