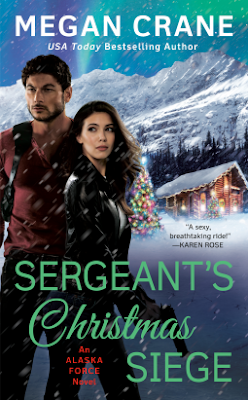 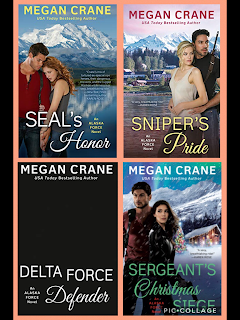 Danger lurks in the wilds of Grizzly Harbor this Christmas but it's love that has Alaska Force in the cross-hairs, from the USA Today bestselling author of Sniper's Pride.When straight-arrow, by-the-rules Alaskan State Trooper Kate Holiday is sent to investigate a local band of secretive commandos in remote Grizzly Harbor over the holidays, her least favorite time of year, her objective is clear: disband Alaska Force and arrest them. But Kate didn't count on the diabolical temptation of Templeton Cross. The former Army Ranger exudes charm and has absolutely no respect for the rules of law that govern Kate's life - too bad he also makes her mouth water and her knees weak.Templeton has always been good at keeping his game face on and his emotions hidden, especially in combat. But working with Kate brings back memories of losses he prefers to keep locked up tight. As the pressure mounts - and Christmas draws closer - it’s a given that someone's going to get hurt.Trouble is, the more time he spends convincing his careful, wary trooper that there’s more to the holidays than her memories, the more he wants to keep her around. Forever.But forever is the one thing a man like Templeton can't do. Not even at Christmas.

Who doesn’t like Alaska in the winter? Most people, probably. But there are a select few who like to live off the grid, and don’t want to be bothered with other people’s business. Megan Crane gives readers a taste of Alaska and a taste for the rugged men of Alaska Force with the third novel in the series, The Sergeant’s Christmas Siege. Full of heart pounding suspense and plenty of intrigue readers will find this one hard to put down.

As with the other books in this series Crane proves that she clearly knows how to write about powerful men who are not willing to accept defeat. The men of Alaska Force are former military men who know a lot about brotherhood and loyalty. Templeton Cross may seem like a smooth talking charmer but he is not a man to be messed with. I loved his rugged exterior and his inner humor. He was a lead character that exuded self confidence and never let that get in the way of his vulnerability. Templeton’s relationship with Alaska Trooper Kate Holiday starts out rocky but gives off some sparks right from the beginning. Crane definitely knows how to write a good leading man.

I loved the Alaska setting and Crane makes her story that much more authentic with her descriptions of the landscape and the people who choose to live in this remote corner of the world. Alaska takes on its own character and nuances in this book and readers will find it captivating even if they don’t want to brave the winter months there.

One of the best parts of this book for me was the non stop action and the mystery that surrounded what was happening. Kate believes Alaska Force to be some kind of fringe survivalist group or maybe even a cult. Her past experience with that kind of lifestyle was nothing less than fascinating. It certainly takes family drama to new lengths and provided a perfect backdrop to the current situation Alaska Force finds themselves in. Crane’s depiction of life after a traumatic childhood was brilliant!

This one was heavy on the suspense and a little light on the romance. There are a couple of hot scenes but it seemed to me that it took a long time getting there. Kate and Templeton are obviously attracted to each but this one was a real slow burn. Kate just couldn’t seem to put down her job long enough to let her heart soften. Predictable because of her past but a little disappointing for such a good man, like Templeton. It was still iffy to me in the end if they would really survive.

When you see the title of the book and the cover you expect a little Christmas cheer. Not so much with this one. Though it was set during the holidays that’s about all you get as far as a Christmas romance.

I liked this one a lot for the suspense and intrigue but it lacked a little as far as romance goes. If you are a reader who enjoys a good Christmas read this might not be it, but if it’s a great leading man and plenty of suspense that gets your motor running this one has you covered.

Sergeant’s Christmas Siege is available now from your favorite bookseller 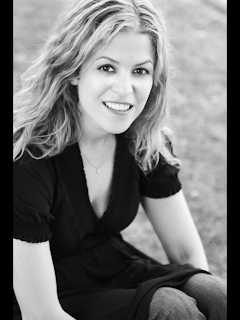 Megan Crane is a USA Today bestselling and RITA-nominated author. She currently lives in the Pacific Northwest with her husband.
Posted by justpeachy36 at 9:00 AM