Review: Once a Seal 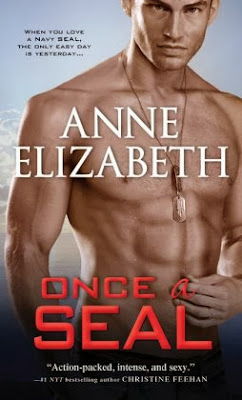 Once a Seal by Anne Elizabeth

Excerpt from Once a Seal, courtesy of Amazon's Look Inside feature.

A Hero of Her Own
What woman hasn't dreamed of what it would be like to marry a Navy SEAL? Dan McCullum is everything Aria has ever imagined—sweet, strong, and sexy as hell. She just never expected how tough the SEAL life would be. Dan could be gone at a moment's notice and not allowed to tell her where he's going or when he'll be back.
Dan has never backed down from a challenge in his life. But this one is his hardest yet. How does he balance his duty to his country with a soul-deep love for Aria? It's going to require patience, ingenuity, and some of the hottest homecomings he can dream up. Because for him, this isn't a fling: this is forever...

As the wife of a former Navy SEAL, Anne Elizabeth has insight into the culture and life of a military families that most author's can't even fathom. Her book, Once a Seal has an authenticity about it that can't be faked. She knows exactly what she's talking about! In this story about life after the happy-ever-after, readers get a taste of the everyday life of a military wife. The waiting, the uncertainty, wondering if every day with her husband may be her last. Elizabeth does the military proud with her portrayal of a strong, courageous SEAL and the woman he leaves behind while he saves the world. A great military romance!

There are so many goods things about this book, it's hard to know where to start. First of all, I really appreciate the fact that Anne Elizabeth wanted to portray the men and women of the Armed Forces in a way that shows their courage and abilities on and off the field of battle. She understands how important it is to be accurate and factual about certain details, while having literary license with others. She doesn't compromise military protocols or tell too much about specific SEAL team procedures. She gives the right balance of details to keep the reader interested but not to jeopardize or challenge the perception of the military in any way. To me, that sounds a little on the difficult side and I liked the way Elizabeth was able to pull that off.

I also enjoyed the fact that this story begins where most romances end. Aria already has her happy-ever-after. Following a whirlwind, three month courtship she is marrying the man of her dreams, Dan. But Dan's career as a Navy SEAL is far from the average 9 to 5. This book is all about what happens next. The day to day grind of a military wife. The danger and intrigue of her husbands missions and how the time together and away from each other shapes the story of their lives.

I think a lot of readers are going to look at the cover of this book an expect a romantic suspense novel, but that's not the direction Anne Elizabeth is taking readers in this one. She is showing how a young woman adjusts to the rigors of military life. How her husband fears she won't stay. How they make each moment together special. It's a wonderful story that I think readers of military romance will really enjoy if they throw out their ideas of what a military romance should be like. Elizabeth was thinking outside the box with this one and it really works.

There may not be quite enough action for some readers, but I think it has a great balance between Dan's life as a SEAL and Aria's life as a wife. Dan is a passionate man. SEAL's are confident, strong, courageous and they understand their limits and their abilities. He is that way in his career and in his life. When a SEAL comes home, he doesn't become a different person. It's a hard adjustment for him and his family and that's what Elizabeth was going for here. I loved the parts detailing Dan's missions but the crux of the story hinges on how he and Aria can reconcile what he does when he's on a mission with everyday experiences and life. Dan is a great character and he works very hard at letting Aria know how important she is to him despite the fact that he is away so much.

Aria isn't a damsel in distress. She may not have understood exactly what she was getting into when she marries Dan, but she's a fighter in her own right. She knows that he will be in danger and she will be expected to hold down the fort at home. I think the women behind the men are just as important as they are. Military wives do not get near enough praise for what they have to do at home. I think Elizabeth did a great job with Aria and showing the ups and downs of military life at home. The blend between the two extremes of Aria and Dan's life is what makes this book good.

I loved the romantic tender moments and felt like Elizabeth understood the reason for some sizzle in the bedroom with these two. If your husband was off fighting for the safety of the country and you worried and fretted over him and only got to see him for brief periods of time, I think you'd have some pent up emotions, as well as, passions. This book is more about the every day love between two people and not the firery part of the courtship. I liked that. It was different and it was realistic.

If you love military romance, this book is definitely a different take on it. Something different in a very saturated, sub-genre. I liked it and I think you will too!

Once a Seal is available NOW from your favorite bookseller. 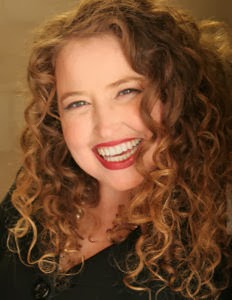 Anne Elizabeth is a romance author, comic creator, and a monthly columnist for RT Book Reviews magazine. With a BS in business and MS in communications from Boston University, she is a regular presenter at conventions as well as a member of The Author's Guild and Romance Writers of America. Anne lives with her husband, a retired Navy SEAL, in the mountains above San Diego.
Posted by justpeachy36 at 11:00 AM