Review: Silence of the Wolf 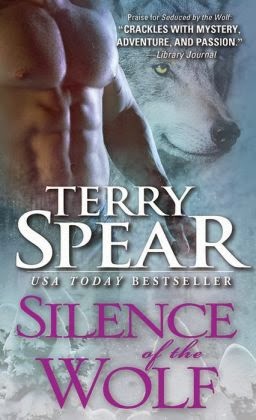 Click on the links for my reviews of previous books in the series. 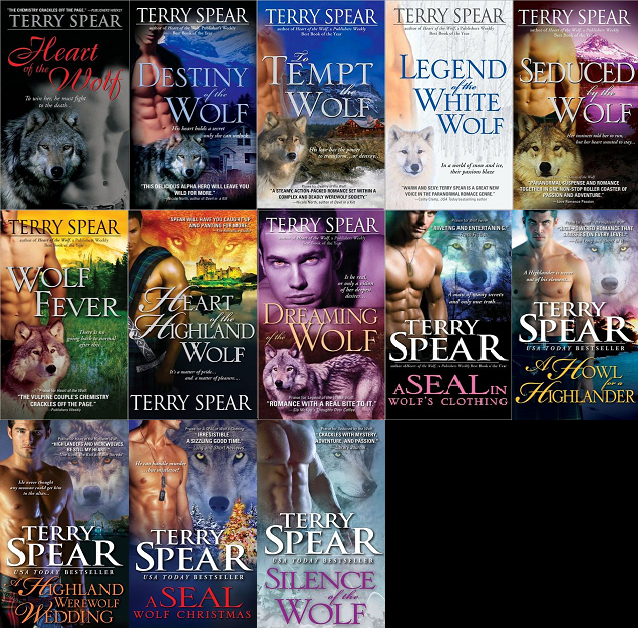 Excerpt from, Silence of the Wolf, courtesy of Amazon's Look Inside feature.

Life For the Silver Pack Just Got Wilder...
Elizabeth Wildwood has been a loner all her life, ostracized because of her "mixed" half-wolf, half-coyote blood. When she ventures into gray wolf territory on a dangerous quest of her own and his thrown together with the sexiest shifter she's ever met she begins to wish for the first time that she could be part of a family.
When this unusual shifter female comes into his pack's territory, it's Tom Silver's job to protect her—if only she would let him.

Terry Spear takes readers back to Silver Town in the thirteenth book in the Heart of the Wolf series. Readers of the series will love this very original addition to the series featuring a wolf/coyote hybrid. Spear once again entrances readers with her action packed, romantic writing. This paranormal romance has plenty of suspense and willhave readers on the edge of their collective seats, as Tom Silver, youngest of the Silver brothers finally finds a woman he can't live without. A great addition to this wonderful series.

Thirteen books into this series and it is still just as exciting and memorable as the every first book. That is remarkable! I usually think that a series needs to end somewhere around ten books because at that point the overall story arc's are starting to lag. Not so, with this series. The Heart of the Wolf series was one of the very first paranormal series' that I ever read and I have honestly loved every single book. Spear has a bag of tricks that most author's can't even guess at. Because of her military background, her wolf books featuring SEAL's are fantastic, because of her Scottish background her highland wolf books are spectacular, and because of her impeccable research into wolf behavior and dynamics, every single book she writes about werewolves has a ring of authenticity that is hard to deny. Basically, she's a phenomenal writer. Whether it's wolves or fae, or jaguars, she has the write stuff!

Tom Silver has been one of my favorites from the very beginning of this series. He is brother to the alpha of his pack and that comes with a lot of responsibility. He is a protector. He looks after Darien's interests whether it is in pack matters or business and he even takes on the role as an enforcer in some cases. I was so happy to see him finally get his story. Spear has done such a wonderful job of fleshing out her characters in every book they show up in, that readers by this time, really feel like they know Tom and the kind of woman it will take to make him stand up and take notice. Spear does not disappoint with Elizabeth.

Elizabeth is unlike any other character we have seen in this series so far. She is a hybrid, part wolf, part coyote. And because of that she has suffered a great deal. She has been discriminated against, shown prejudice and eventually this caused her to believe that pack life is not for her. I felt a lot of pain from this character in some ways and I just wanted to comfort her and let her know that it was okay to be different. I thought that Spear really approached this touchy subject in a way that will educate readers about prejudice and it's effects. Elizabeth finds a lot of love not only from Tom but from his pack that surprises her and changes her in some ways. She becomes more confident in herself and finds her own self-worth. Such a great character!

The romance between Tom and Elizabeth isn't all fun and games though there is definitely a bit of that in any Terry Spear novel. Had the characters in this book not been werewolves it would have been categorized as romantic suspense. It is action packed to say the least. Not only is the relationship between Tom and Elizabeth at the forefront of the book, but there are also some dead bodies, about, a few rogue werewolves causing some trouble and the mystery involving the deaths of Elizabeth's parents. All in a good days work for this author. And very well done.

As with most of the books I have read by this author there wasn't a thing I didn't like about this one. Elizabeth had a bit of a stubborn streak that got a little annoying once or twice, but being the character that she was, that was not unexpected.

If for some unfathomable reason you have not discovered this series yet, you need to buy this book. It can be read as a stand alone, but the entire series is exceptionally well written and worth every second of your reading time. Silence of the Wolf may be book 13 but it is just as amazing as book 1 was!

Silence of the Wolf is available NOW from your favorite bookseller. 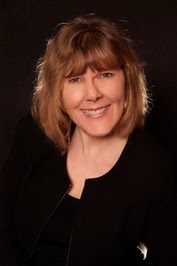 USA Today bestselling author Terry Spear has written over two dozen paranormal romance novels and medieval Highland historical romances. In 2008 Heart of the Wolf was named a Publishers Weekly Best Book of the Year. A retired officer of the U.S. Army Reserves, Terry also creates award-winning teddy bears that have found homes all over the world. She lives in Crawford, Texas.

Bookhounds is giving away one copy of Silence of he Wolf but you only have a couple of days to enter so be sure to head over there today.
Posted by justpeachy36 at 10:00 AM