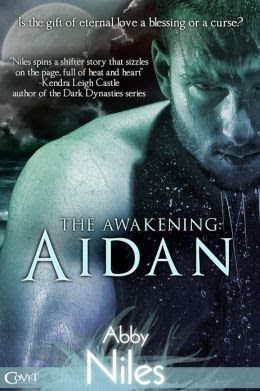 The Awakening: Aidan by Abby Niles

Is the gift of eternal love a blessing or a curse?

After years of counseling grieving shifters, psychiatrist and half-shifter, Dr. Jaylin Avgar has become jaded on shifter mating. She wants to marry a human and forget about the love for eternity crap. Then she meets Aidan O’Connell, an infuriatingly laid back shifter who represents everything she doesn’t want. Yet, the more he pursues her, the more she craves a future with him. Only one thing stands in her way: death. Can she overcome her fear of losing Aidan to the one guarantee in life?

Millionaire consultant, Aidan O’Connell knows he’ll one day meet a woman who’ll awaken an unrelenting mating instinct. Unfortunately, that woman is Jaylin, who has no qualms about telling him that he and his so-called eternity can shove it. When she pushes him away, he takes a drastic step so she can no longer escape. The close proximity throws the instinct into overdrive. Can he control the need engrained in him until he’s certain she will reciprocate the bond, or will a moment of weakness doom him to hell on earth? 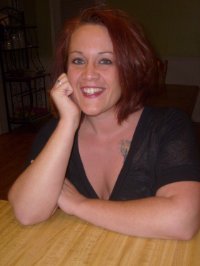 Ever since Abby Niles picked up her first Sweet Valley High book in sixth grade and fell in love with Elizabeth and Todd, she's been hooked on romance. By the time she reached high school, she was devouring meatier romances with pirates, cowboys and knights. She never imagined that those years of reading would one day lead to her becoming a published author.
In her late twenties, after having twins and becoming a stay-at-home mom, she started doodling stories to keep her sanity. Next thing she knew, she was actually submitting to publishing houses. And was immediately rejected. That didn't stop her though. She found herself some kickass critique partners, honed her craft, and continued submitting.
And eventually sold a short story, then a novella, then a novel, and now a series.
Today, she juggles work, home life, and writing. It's not always easy, but hey, who said life was easy?
In her downtime, which isn't often, you can find her playing 'Just Dance' with her kids or trying to catch up on her never-ending to-be-read list. She also loves Zumba, and refuses to admit she looks more like Animal doing his Muppet flail than a sensual Latin dancer.

The new shifter romance novel from Abby Niles, really has me intrigued. The Awakening: Aidan has a very interesting mating/bonding relationship, along with some super world building. The world building is one of those things in paranormal stories that is so important. I am so glad that authors have begun moving away from the common shifter characters like werewolves and branching out, like the cougar shifter in this novel. The whole idea of mating for life and how it affects the shifter when his mate does not return his feelings was so interesting to me. This one really has some new and interesting ideas that I think we paranormal fans will really enjoy.
Posted by justpeachy36 at 8:00 AM

I love Paranormal Romance, and I am intrigued with the new ideas you mention :)