Review: When a Secret Kills 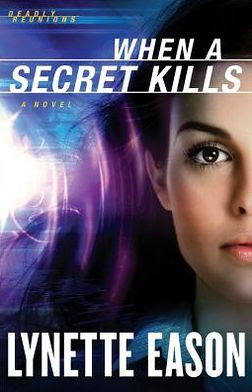 When a Secret Kills (Deadly Reunions - Book 3) by Lynette Eason

Coverart: Please click on the image for a clearer, larger picture of the books in this series. 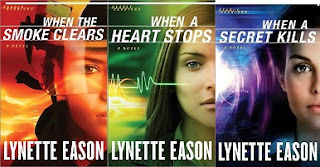 Excerpt from When a Secret Kills by Lynette Eason, courtesy of Christian Book Distributors

She's come home to put a killer behind bars.
But the killer plans to put her six feet under.Investigative reporter Jillian Carter knows it's time to put the past to rest. She's tired of looking over her shoulder, letting a killer go free. She's no longer the scared kid who changed her name and disappeared. Now, no matter what the cost, Jillian must do what she is trained to do--find the truth and expose it. And the truth is that Senator Frank Hoffman committed murder ten years ago--and Jillian watched it happen.

Didn't she?
Get ready for the spine-tingling, nail-biting conclusion to this explosive series.

Author Lynette Eason brings readers the final book in her romantic Christian suspense series, Deadly Reunions. When a Secret Kills is a great combination of Christian values and great suspense writing. Eason's gritty style and sage wisdom give readers just the right mix of good vs. evil. Eason has a knack for making a reader think that the bad guy just might win, but the good guy always gets him in the end. Eason scores another home run with the final book in the Deadly Reunions series.

Two things really stand out to me about this book. The tone of the writing and the authors ability to get her message across without seeming invasive or pretentious. Eason does a fantastic job of using both of these areas to advance the plot and brings readers to the edge of their seats.

The tone of a third novel in a series is usually one of finality. There is a certain aura that pervades a book when the reader knows it's the last one. It's usually unavoidable, but Eason escapes that trap by providing a very different sort of tone for When a Secret Kills. This one doesn't seem final, it seems inevitable. The reader will feel like it's time, this has to happen, there is no other choice. Jillian has been hiding too long and now it's time to get this guy. I enjoyed that, "I am woman, hear me roar!" kind of attitude. It gave the book sass and held my attention for the long haul.

Lynette Eason also has such a wonderful way of letting her message sell itself. She doesn't sugar coat or tame the story down because of her Christian audience. She gives her story all the grit and determination of any good romantic suspense novel and lets the reader take the grains of wisdom as they are, not watered down, but potent and real. In the face of the world full of cruelty where stories like what happens in When a Secret Kills are real facts, it's nice to know that there are still good guys out there and we can still look to God to guide and protect us and put the people in our paths that we need to help us.

I really enjoyed this novel and thought it a fitting end to this great series. I can't wait to see what this author comes up with next. She is truly one of my favorites in the genre and I recommend her latest book wholeheartedly. With great tone and great conviction When a Secret Kills will definitely be one my top Christian reads of the year.

Available May 2013 at your favorite bookseller, from Baker Publishing Group. 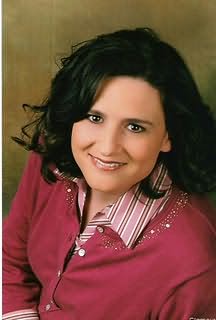 Lynette Eason grew up in Greenville, SC. Her home church, Northgate Baptist, had a tremendous influence on her during her early years. She credits Christian parents and dedicated Sunday School teachers for her acceptance of Christ at the tender age of eight. Even as a young girl, she knew she wanted her life to reflect the love of Jesus. Lynette attended The University of South Carolina in Columbia, SC, then moved to Spartanburg, SC to attend Converse College where she obtained her Masters degree in Education. A couple of years later, she met the boy next door, Jack Eason - and married him. Jack works with Xtreme and Sound of Light and is her web and marketing guy. Lynette and Jack have two amazing children. She and Jack are members of New Life Baptist Fellowship Church where Jack leads the worship and Lynette does whatever she's asked to do like take pictures for the church directory.

This sounds like a good series for the summer, suspenseful and fun. Nice to read that the author makes the last book stand out instead of just sliding into the ending.