Review: The Magic Between Us 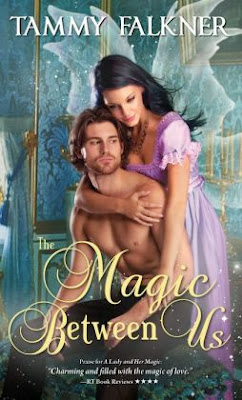 The Magic Between Us (Faerie - Book 3) by Tammy Falkner 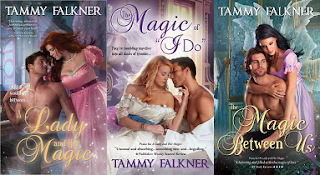 Excerpt from, The Magic Between Us, courtesy of Amazon's Look Inside feature.

When These Worlds Collide
Cecelia Hewitt has lived her whole life in the land of the fae, and she dreams of a future with her childhood sweetheart, Marcus Thorne. When Marcus is called upon to dwell in the human world, it means leaving Cecelia behind and breaking both their hearts...
More Than Sparks May Fly
Marcus was groomed for leadership in the land of the fae, but now that he has found his human parents, he will inherit his father's title and position in the British ton—and he will marry a human. As love and passion continue to burn between Cecelia and Marcus, the question remains: Can two people fated for different worlds find one to share?

Tammy Falkner brings readers the third book in her paranormal historical romance series featuring the fae. The Magic Between Us is essentially a Regency romance with a magical twist. Though these elements may be the forefront there is also the underlying themes of rebuilding trust and the effects of addiction. Falkner uses humor, as well as, some clever plot devices to get readers interested. Her characters are tender and sweet in this one and have eyes only for each other. A light, romantic romp in the ton!

One of the things I enjoyed about this book was the relationship between the main couple, Marcus and Cecilia. It was obvious that even though Marcus had left the fae world to pursue life as a Lord with his human family, he still loved Cecilia. Cecilia was hurt by Marcus but she still harbors feelings for him, even though her trust in him has faltered. That and family secrets try to keep these two apart, but in vain. I liked the fact that Falkner takes a different route with these two. Marcus isn't your typical English Lord. He isn't a rake and he has saved himself for the woman he loves, a rare trait. Cecilia is dealing with a terrible secret and doesn't want it to affect others she loves. A very interesting lead couple, not your average Regency story to be sure.

The fae elements in this book, were well written, though perhaps not exactly the interpretation of the fae that I am used to. Being of Scottish descent I know a thing or two about the fae from the stories of my grandfather and I wasn't quite sure I agreed with how these fae characters were reacting to the situations Falker placed them in, until I decided to throw my pre-conceived ideas out the window. That's generally what I have to do when reading paranormal books and it worked for me here as well. After I got over that hurdle, I began to look at the fae in a different way and though it was different it certainly worked for this book and for the series, which I have really enjoyed.

I always enjoy paranormal elements being injected into historical romance. It adds another dimension to the story that may have otherwise been run of the mill. Falker does a great job of balancing these elements against the romantic aspects of the book. She uses a lot of humor and some pretty hefty topics like addiction to pull that off. I thought she did an excellent job of showing the effects of addiction on families in this one.

I liked the secondary romance between Ainsley and Allen as well. It wasn't quite as sappy as Marcus and Cecilia and gave readers another romantic couple even though they were technically in the background of the story. All of the characters were well drawn and their stories were important to the overall theme of the book. If a person were reading this one as a standalone there may have been a bit of confusion here and there with some of the backstories, but I don't think it was enough to overshadow the book.

This is just a personal thing and not something the author did wrong. I liked the main characters, but they were a bit too sappy for me. They were all love and roses in regard to each other. The conflict of the story was definitely external. They were just too sweet. LOL... what a criticism! I just wanted at least one of them to have a little more bite to their character.

The Magic Between Us is available NOW from your favorite bookseller. 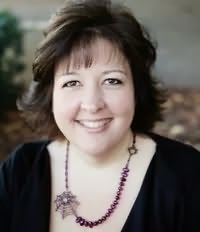 As half of the Lydia Dare writing team, Tammy Falkner has co-written ten books, including A Certain Wolfish Charm and In the Heat of the Bite. A huge fan of Regency England, her new series explores the theory that the fae can walk between the glittering world of the ton and their own land. Tammy lives on a farm in rural North Carolina with her husband and a house full of boys, a few dogs, and a cat or two. Visit her website: www.tammyfalkner.com.