Featured Selection: Gone With the Wolf 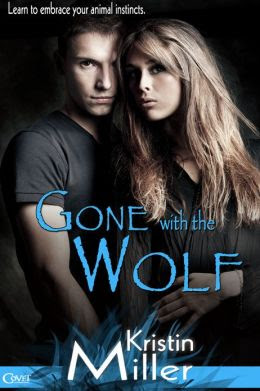 Summary: CEO and alpha werewolf Drake Wilder has given up the search for his one true love. When he discovers that she’s a secretary in his company, Drake’s primal instincts kick into overdrive.
What he wouldn’t give to have her fingers rake over his body instead of the keyboard… Free-spirited bartender Emelia Hudson wants nothing more than to make her Seattle-based bar succeed. But when profits decline, she slips into a dress suit and secures a nine-to-five. After learning that her bar has become property of Wilder Financial, Emelia is determined to get some answers. Two can play the ruthless business game. If only her attraction to the boss wasn’t so intense… When Drake’s twin brother senses that Drake has found his match—and now inherits their father’s billion dollar estate—he hatches a plan to take Emelia out. Drake vows to protect her at all costs, but he might have to pay with his own life. 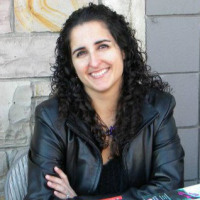 Kristin writes dark and gritty paranormal romance for HarperCollins/Avon (INTERVAMPTION, VAMPED UP, and LAST VAMP STANDING), fantasy/paranormal romances for Harlequin (CLAIMED BY DESIRE, FORBIDDEN BY FATE, DEMAND OF THE DRAGON-April 2013), and has dabbled in romantic suspense (DARK TIDE RISING). Her erotic historical novella that takes place on the Titanic, ONE NIGHT TO REMEMBER, released March 2012.
On the non-writing front, Kristin has degrees in psychology, English, and education. She taught high school and middle school English before crossing over to a career in writing. She lives in northern California with her alpha male husband and two children.
Kristin is represented by Nalini Akolekar of Spencerhill Associates. Visit her official website, www.kristinmiller.net, for more information.


Thoughts: Kristin Miller is no rookie when it comes to writing. She writes not only for Harlequin Nocturne but Harper Collins Avon and her new book featured here is with Entangled publishing's Covet imprint. Miller is a wonderful paranormal writer. Both her Crimson Bay Vampire series and her Isle of Feralon series' are favorites of mine, so I am certain this new release the first in the new Seattle Pack series will hit the spot. Werewolves and shapeshifters of all kinds are the best of the paranormal world in my opinion and I can't wait to read Gone With the Wolf.
Posted by justpeachy36 at 8:00 AM

What is it about shifter romances that always get me? I don't know but I do know this one sound hot!