Review and Giveaway: Ours to Love 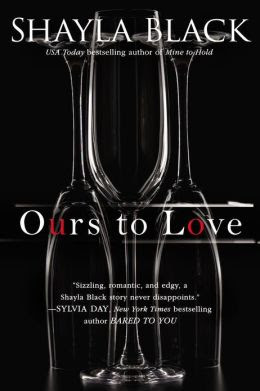 Ours to Love (Wicked Lovers - Book 7) by Shayla Black

Coverart: Click the image for a larger, clearer photo of the covers in this series.

Excerpt from Ours to Love, courtesy of Shayla Black's webpage.

Xander Santiago spent years living it up as a billionaire playboy. Never given a chance to lead his family business in the boardroom, he became a master in the bedroom instead. His older brother; Javier, inherited the company and worked tirelessly to make it an empire. But while cutthroat corporate espionage took its toll on Javier, nothing was as devastating as the seemingly senseless murder of his wife. It propelled him into a year of punishing rage and guilt... until Xander came to his rescue.

Eager to rejuvenate Javier's life; Xander shanghais him to Louisiana, where they meet beautiful London McLane. After a decade of tragedy and struggle, London is determined to make a fresh start - and these sexy billionaire brothers are more than willing to help. In every way. London is stunned to find herself open to their heated suggestions... and desperately hoping that her love will heal them.

But a killer is watching, on a single-minded mission to destroy all the Santiago brothers hold dear, especially London. As fear and desire collide, every passionate beat of her heart could be her last.

Shayla Black once again thrills readers with her latest addition to the very popular Wicked Lovers series, Ours to Love. Black takes on a menage a trois theme, with two brothers in love with the same woman. But as always the story isn't just about the sex. This is romantic suspense, a little heavy on the romance of course but definitely one of those nail-biters as well. Black gives her characters and her story just the right amount of sizzle and just the right amount of edge. Readers and fans will not be disappointed. New readers to the series, get ready.

Shayla Black always has such a sense of style about her books. She doesn't make her adult themes seem sleazy or dirty, but lets the reader see the beauty and the excitement in finding the right type of relationship to fulfill each person. I think there is a time and place for every kind of book and erotic romance is no different. As a great and wise show once said, "Different strokes for different folks." It's all about tolerance and allowing people to have their fantasies and finding just the right thing to satisfy them. Black is able to do that in spades.

Xander finally gets his own story. As a reader of the series, I was really looking forward to that. Xander has long been a favorite of mine. It certainly didn't go the way I was expecting it to go, with the addition of his brother Javier, but that was the best part. It was unexpected and thrilling all at the same time. It was edge of your set suspense, with a good dose of eroticism. I like romances of any kind that have a good plot and this one definitely had that going for it. Black's ideas of how to get her characters in and out of danger are always out of the box and I think readers will love that about this book in particular.

I liked London a lot as well. A strong woman, adventurous and also very caring. More than anything she wants to help heal these two men who have seen tragedy in their lives. All the while, she has seen her share of very hard times. I liked the fact that Black didn't make her cynical about her past or make her too sappy. She has just the right balance to make her a great heroine.

Black's books are always very character driven and that is shown in Ours to Love as well. Both of these men, Xander and Javier have their own stories, but it's where they intersect that the magic happens. Black has another hit on her hands!

Ours to Love is available NOW from your favorite bookseller. 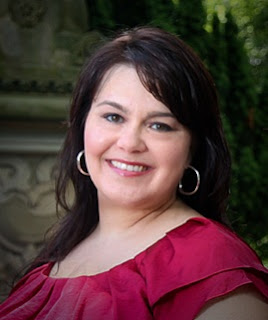 The publisher is sponsoring a giveaway for one copy of Ours to Love by Shayla Black.

~You must be a GFC follower or Email subscriber to participate.
~US addresses only
~The deadline to enter this giveaway is Midnight EST, June 6th.

1. Please leave a comment in appreciation to the author on this post.
2. Please fill out the FORM.
Posted by justpeachy36 at 9:00 AM

this sounds like a hot book for a fun summer read!
sallans d at yahoo dot com

I really enjoy your books. You create real characters and very seductive stories. I look forward to reading this latest release!

I love all Shayla's books. I'm looking forward to reading this one. Thanks for the opportunity.
Carol L
Lucky4750 (at) aol (dot) com

Well, I haven't read this series yet! This one sounds really good. Putting it on the wish list. Hopefully, I will be lucky enough to win! Thanks for the chance.

Thanks for the awesome giveaway. This book sounds really great. Tore923@aol.com

Sounds like a very hot book to read this summer :) Thanks so much for the great reveiw & giveaway!

I agree with you about Shayla's writing, she uses her descriptive talents well.

Sounds like another hit from Black. Though I am a little disappointed in the 50 Shades style cover, give me some sexy man chest!

I love her books, and this one sounds like a very hot read. I love that she also added suspense to this novel. I really want to read this one. Thanks for this chance.

I love anything by Shayla. Can't wait to read this one!