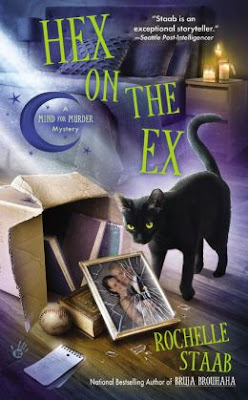 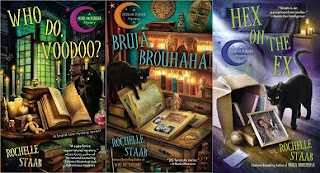 From the author of Bruja Brouhaha and Who Do, Voodoo?--the new Mind for Murder Mystery!

At a Dodgers game to celebrate her father's birthday, Liz is forced to watch her exstar player, Jarreton the pitcher's mound. To make matters worse, her former best friend, Laycee, is in the stands as well. Having betrayed her trust by having an affair with Jarret, Laycee is the last person Liz wants to see.

But when the appearance of a white pigeonan omen of deathsets the superstitious Jarret off balance, it's a game changer both on and off the field. Because the next morning, Laycee is found dead in Jarret's homeand Liz is on deck as the prime suspect

Rochelle Staab's latest entry in the Mind for Murder series is a book that readers who have interests in the occult, tarot readings and even psychic phenomenon will all enjoy. Hex on the Ex pits, savvy heroine Liz against a murderer who has something personal on his/her mind. Staab's trademark quick wit and knowledge of all things psychological make the this book an instant hit!

Rochelle Staab has always enchanted me with her characters. The main heroine Liz in Hex on the Ex has a lot of very personal ties to this murder. She is apparently the prize for a tug-o-war between her new boyfriend Nick and her ex-husband Jarrett. Then to make matters worse her ex-best friend, who slept with her ex-husband ends up dead. And it all points to Liz. I loved the way that Staab was able to make each connection between Liz and the other characters so realistic. You can just see this kind of thing going on in today's twisted culture. There's the seedy partner, the new man in  her life, her old nemesis. The characterizations were perfect. Each person seemed real and made the reader feel like they were a real part of this love triangle, or love square, or something like that...

The other thing that really stands out in this book, is the paranormal theme. It is paranormal, yet it is just so. No vampires and werewolves, but a little something to make you think about things that bump in the night. Staab's paranormal characters are based on legends and old religions like, voodoo and she gives us a main character who is a skeptic when it comes to psychics but a master at psychology. I thought the mix of the two ideas really made the plot of this book sing. There was a little something for that literal reader who can't seem to believe in magic, but there was also something for that reader who can't seem not to believe in it.

A great effort from Staab! I hope this series continues indefinitely. I love the spunky heroine and the crazy situations she manages to get herself into and out of...


Hex on the Ex is available NOW from your favorite bookseller. 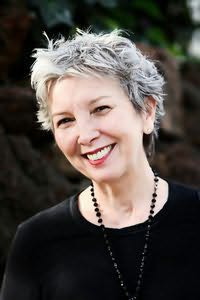 Rochelle Staab is a Los Angeles mystery writer who can be found most afternoons at her computer, plotting fictional murders and breaking fictional curses.Rochelle displayed a flair for the dramatic early in life. As a child in Milwaukee, she performed pop music by microphone (a hairbrush) and built a personal library filled with a diverse selection of titles (comic books and Nancy Drew mysteries.) She appreciated the nuance and influence of small screen cinema (television.) She also loved school. Her front row desk was her stage; her textbooks served as her script. She recited each line to perfection, but repeating the words of others was not enough. She dreamed of becoming a novelist and informed everyone who would listen that one day she would write books.But, as all creative types know, Rochelle had other things to do first. Rochelle is a member of the Mystery Writers of America, Sisters In Crime, International Thriller Writers, NARAS, and Mensa.

The publisher is sponsoring a giveaway for one copy of Hex on the Ex by Rochelle Staab.

You must be a GFC or Email Subscriber.
US addresses only! (Publisher Request)
Deadline: Midnight EST May 23rd.

This is a fun series and I would love to add the newest in it to my collection. Thank you for the chance to win.

I read the first book by way of the local library and knew it was a winner. I received Bruja Brouhaha as a gift from a friend and loved it. I would definitely like to win this book to add to my overburdened bookshelves.

I do love this series. I would love to win.

Would love to read this series but especially this book!

So excited for the new Mind for Murder mystery! Thanks for the chance to win.
JHolden955(at)gmail(dot)com

I'm getting hooked on these paranormal mysteries---they are so much fun.
farrell@crosslake.net

Oh I want to see who really killed Laycee!

Seems a lot of characters are involved together

This sounds like a great series. I would love to start reading it with this book!
mittens0831 at aol dot com

Sounds like all these character are going to make one good read for me. Thanks for the review.

congrats & good luck to Rochelle on Hex on the Ex!!!

Oh, I've wanted to read the 3rd book! This is a wonderful series & I hope there are many more books to come=)
Thanks so much for sharing a few tidbits about the book and the author,
Lethea B
Luvdaylilies at bellsouth dot net