Review: Against the Ropes 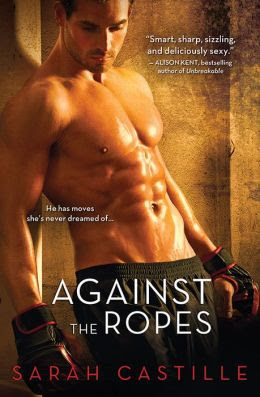 Against the Ropes by Sarah Castille

WARNING: Due to the graphic nature of the novel and except is only appropriate for readers over 18 years of age.

Excerpt from Against the Ropes, courtesy of the author's website.


He scared me. He thrilled me. And after one touch, all I could think about was getting more...
Makayla never thought she'd set foot in an elite mixed martial arts club. But if anyone needs a medic on hand, it's these guys. Then again, at her first sight of the club's owner, she's the one feeling breathless.
The man they call Torment is all sleek muscle and restrained power. Whether it's in the ring or in the bedroom, he knows exactly when a soft touch is required and when to launch a full-on assault. He always knows just how far he can push. And he's about to tempt Makayla in ways she never imagined...

Sarah Castille explores the underground world of mixed martial arts (MMA) in her novel, Against Ropes. What happens when a shy, sweet young woman meets an uber-sexy, alpha male fighter? Sparks fly! Opposites certainly attract in this one and Castille characterizations are spot on. With everything from debt collectors to society mavens, Against the Ropes is a combination of eroticism and emotional drama. One woman trying to find her place in the world, didn't expect to find it in a fighting ring. While one man trying to settle his past wasn't prepared for an innocence that captivates his heart. Great debut!

Sometimes writing a review for a book that is somewhat adult in nature is difficult. There so many cheesy words and innuendos it's hard to concentrate on what's really good about the novel. It's hot... it's steamy... it sizzles... passionate, fiery, wild. It goes on an on. I can certainly be accused of using those words to describe a lot of books, but not this one... Against the Ropes is a horse of a different color. It has all of the elements I have described above of course and let me tell you, you are going to need air-conditioning and a very cold drink when you read it, but it has something a lot of books of this type don't have... substance.

Sarah Castille probably didn't set out to write a deeply moving love story that will have readers in tears and hiccups. She probably wanted to write a book that really told a story. One that had romance and emotion and passion to spare, but one that also didn't lean heavy on the sex to the exclusion of everything else. Not only does Against the Ropes have all that, but it also has the story of young woman who is trying to find herself, where she fits. And a man who knows he has issues and has found a way to make those issues work for him. That part of the book was just as interesting as the hot-blooded parts.

I loved the MMA angle. Mixed Martial Arts has seen a lot of popularity because of shows like Ultimate Fighter and that sort of thing. But I don't think those kinds of shows really show what these fighters face. The kind of men that thrive on this kind of lifestyle. A true alpha male. I enjoyed reading the ins and outs of the MMA fights and it gave the overall atmosphere of the book a kind of surliness. A darker aspect that really worked with the theme.

Makayla was a good heroine. She had her quirks and reading the book with her POV was a little tedious here and there but overall it worked. She was certainly the opposite to Max's more worldly wise character. Max was wealthy and very sure of himself. She was still finding her way. She was really surprised at some of the kinkier things that she enjoyed. She was kind of like a flower blossoming out in this novel. Feeling her way and seeing who she was. I liked her a lot.

Max was super sexy. He was confident and once he knew what he wanted he was willing to do what it took to get it. He was forceful at all with Makayla but he opened her eyes to parts of herself that she was afraid to face. Max has his demons and most them he had tamed before he met Makayla, but there was still a dangerous edge to him. No wonder they called him "Torment". Control issues were tormenting him. I loved the fact that this book not only explored Makayla's journey to finding herself but Max's journey to coming to terms with himself as well. An amazing debut!

Looking forward to a lot more from this author!

Against the Ropes is available NOW from your favorite bookseller.

Check out my interview with Sarah Castille for your chance to win a copy of Against the Ropes. 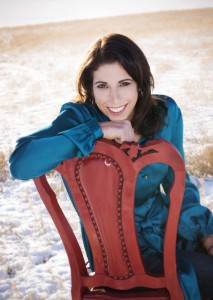 Recovering lawyer, karateka, and caffeine addict, SARAH CASTILLE worked and traveled abroad before trading her briefcase and stilettos for a handful of magic beans and a home near the Canadian Rockies. Her steamy, contemporary romantic tales feature blazingly hot alpha heroes tormented and tattooed for your reading pleasure.
Posted by justpeachy36 at 12:00 PM

Thanks very much for the awesome review! I'm thrilled you enjoyed the book. And thanks again for hosting me today!

I love alpha malea. They are strong, protectors, willing to fight, and they love to be the hero. This book looks great. I want it. On my reading radar. One of the best covers this summer. Thanks for the chance to won.
christinebails at yahoo dot com

I think the perfect alpha male is strong, protective of his loved ones and willing to go the extra mile in every thing he does.

The author was a pleasure to read, and I am looking forward to the next installment (seriously, I have to wait until 2014?!). I know that some people had a problem with Makayla's squeemishness, and that kind of put me off until I started reading the story, and it wasn't in anyway out of the ordinary. I just loved the author's sense of humor and perception on things, and I can't wait to read more from her.