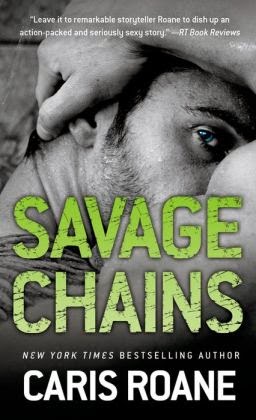 (Received for an honest review from St. Martin's)

Excerpt from Savage Chains, courtesy of Amazon's Look Inside feature

His name is Reyes. His mission is simple; his methods, extreme. He is hellbent on infiltrating--and destroying--a notorious sex-slave ring in the dangerous world of vampire clubs.

Her name is Angelica. Her beauty is incomparable; her body, for sale. She is the prize attraction in a human slave auction, and Reyes is prepared to pay any price to buy her--then free her.
A PASSION UNLEASHED

Caris Roane's Savage Chains novellas, Captured, Scarred and Shattered, all come together in one volume, aptly named, Savage Chains. Readers who are looking for a complex vampire world that involves art, culture and even a bit of sex slavery will find this one gritty, raw and emotionally charged. Roane's attention to detail is unmatched and the world building in this one is intricate and well thought out. A very elaborate and satisfying compilation of Roane's Savage Chain's novellas!

I have read a few Caris Roane books before and have never been disappointed by this author's command of the page. Her books are usually filled with multi-faceted and engaging characters, details that make the reader feel like they are part of the story, and world building that is fascinating. I wasn't sure that the compilation of three novellas would carry the same punch that I normally get from this author. I always feel like I want more from the story with a novella, but I will have to say that Roane did this novella series proud. Savage Chains is basically a novel in three parts. Though each was originally a separate novella, they flow seamlessly in this book.

Reyes, the hero has gone through some rough stuff in his past, including being a sex slave for a century. That gives him the drive to bring down a sex slave ring within his vampire world. Now, I don't know about you, but that's a concept I have never even thought of when it comes to vampires before. I read a lot of paranormal fiction and I think that's the first time I've really seen this sort of thing. A very original and captivating idea. It sets up the concept that vampires have the same sort of problems in their societies that you might find in the human world. Great idea!

I liked Reyes very much. He comes off as a tattooed, bad boy and he is, but he also has a heart. He shows a lot of vulnerability and passion. He was the kind of character that you would expect to go into every single thing he does with vigor and strength. He fights hard and he loves hard. I think that passion carries over into not only his love life, but into his soul. Now that's some good character development in my opinion. Roane develops this character so precisely that readers feel like they know him inside and out.

Angelica, the heroine was also drawn indepth. she was a firecracker. She was smart, resourceful and full of zeal. I liked her from the first page. She wanted more than just her mundane life and thought she might have found the excitement she craved by taking Reyes home. When he doesn't seem to share her feelings she is left confused and hurt. Unfortunately she gets the thrills she wants in life in a bad way. She is taken prisoner and about to be sold as a sex slave. Roane gives readers a woman, who wants more and more than she bargained for. Angelica and Reyes together make a very passionate and strong lead couple.

Great concept for a novel. The world building is amazing. The detail to which Roane goes to make her vampire society realistic is simply incredible. A lot of authors write paranormal fiction, but Roane writes it in such a way that the reader feels like they know these characters, that they share in their struggles and triumphs. It was a great book, with fiery lead couple and some sexual tension. This is a hot one, you might need a cold drink... or two!

Savage Chains is available NOW from your favorite bookseller. 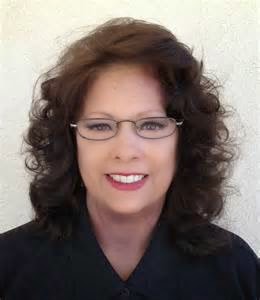 Caris Roane has authored over fifty published Regency romance novels and novellas under the name Valerie King. In 2005, the Romantic Times honored her with a Career Achievement award for her Regency work. She lives in Phoenix with her two cats, one of which is named, Sebastian, after a favorite vampire. The "Guardians of Ascension" is her first paranormal romance series.