Review: Belong to Me

Belong to Me (Wicked Lovers - Book 5) by Shayla Black


Excerpt from Belong to Me WARNING: This excerpt is inappropriate for readers under 18 years of age.


She's undercover and in over her head...


He's got everything under control... until he falls for her again.


Navy SEAL, Logan Edgington once left the woman he loved to save her life. He knows Tara will never forgive him, but he has no doubt that he possesses the knowledge to help her master her fears and the strength to guide her through an unfamiliar world of pleasure and pain. He alone can protect her on a dangerous mission that reveals both wicked depravities and terrible secrets. Logan relishes the exquisite torture of holding her again and feeling her uninhibited response. No matter how much Tara insists their fling will end after this mission, he's determined that she will be his once more - and this time, he'll never let her go.

Lead character Tara Jacobs has her hands full when she takes on a field assignment that requires her to be submissive. But the knowledge she needs is best doled out by a former lover, who will stop at nothing to possess her body and soul. Black has a knack for creating characters that are believable which can be really hard to do with a BDSM storyline. Tara is a strong woman, but probably not quite cut out for the job ahead of her. Readers will sympathize with Tara and her failed attempts at finding the missing part of her life and soar with her as she explores her submissive nature with the only true love of her life. Tara's character has been deeply hurt by Logan in the past and it's amazing to watch her take the risk of letting him get close enough to do it again, yet hoping for something lasting.


Logan is such a great character. Black writes this character with such a heart felt personality. He may be a big bad Dom but he has a heart of gold and readers will literally fall in love with him. The depth of his feelings for Tara were so palpable you could feel his heart ache when she rejects him and his passion is electrifying. Black shows the reader a kind of deep love and passion that is very hard to find in real life, but doesn't make it seem impossible. Logan exudes an aura of command and I think that is really necessary to pull off this character. He is a Navy SEAL which shows his need for excitement and that carries over into his personal life. The passion he feels from his work is reflecting in his sexual preferences. He wants to be in control to push the limits and he makes it very inviting. I wish the book had been longer just to read more about him, he was so interesting.

Belong to Me is available NOW from your favorite bookseller. 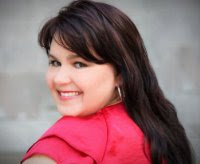 A writing risk-taker, Shayla enjoys tackling writing challenges with every book.
Posted by justpeachy36 at 2:58 PM