Excerpt from Forbidden Embers WARNING: This excerpt may not be appropriate for readers under 18 years of age.


The Dragonstar clan is under attack, endangered by an insidious enemy. Now a top sentry must go undercover, but the task will be more than he bargained for...


Desperate to save his clan from a deadly biological threat and put an end to the war, Dragonstar sentry Logan Kelly infiltrates the Wyvernmoons. Posing as a rogue dragon without a clan, he quickly realizes how close the Wyvernmoons are to anarchy. Their leader has recently died, their ranks are thin, and their only hope lies in Cecily Fournier, the princess whose grasp on the throne is shaky at best.  All Logan has to do is stick around long enough to see his enemies fail.


The plan is foolproof. Until he falls for Cecily.

What starts as an uneasy alliance turns into an uncontrollable passion. As the spark between them gets hotter, Logan discovers the Wyvernmoons' hidden agenda. But how can he bring down the Wyvernmoons without exposing himself as a traitor to the woman he loves?

The third book in the Dragon Heat series, Forbidden Embers by Tessa Dare follows the continuing story of the Dragonstar clan and their fight to survive biological warfare with other dragon shifting clans. This book completes the story arc that has driven the series so far. There are possibilities for a change in direction and future additions to this popular paranormal series, as Dare continues to explore the abilities of the dragon shifters and their relationships within their own clans, as well as with members of opposing clans.


Readers who are new to the series, would definitely benefit from reading the first two books in order to learn more about both the Dragonstar clan and the Wyvernmoons and how they came to be enemies. Readers would also find out more about Dragonstar sentry Logan Kelly and his adoption by the clan as well as interesting facts about clan dynamics and culture. It is not impossible to pick up at this point in the series, readers would not be completely lost, but I believe they would miss out on a lot of the nuances and hidden meanings behind certain aspects of the book.


Logan is a character that is very loyal and very devoted to the Dragonstar clan. He is indebted to them for protecting him and allowing him to be a part of their clan. When he decides to take on the rival Wyvernmoon clan on his own he believes he alone can find the cure to the deadly disease killing his people. Meanhwhile in the Wyvernmoon clan, anarchy is close. Princess Cecily is posed to take over the throne after the deaths of her father and brother, but she faces opposition on every side. Cecily is idealistic and believes she is the savior of her people. Both Logan and Cecily fight desperately to see the survival of their clans even as they fall more and more in love.


I am always a sucker for a conflicted hero and Tessa Adams certainly indulges me with this one. Forbidden Embers is all about the struggle for a relationship to survive against all odds, which mirrors the struggles each clan faces in their bid to rule. I really liked the premise of this one and I thought it was well thought out and executed by the author. Adams is able to build up suspense throughout the book, by pitting Logan's desire to save his people against his desire for Cecily. He hates the deception he has to keep up in order to find what he needs, but he still isn't willing to back down. Cecily is just as focused on her goals for her own clan and cannot see how a relationship between them could flourish.

The heat quotient is high in this novel and Adams ramps up the emotions as well as the action from the first few chapters. I thought the romance was deep and soulful and did not overwhelm the story which is always a consideration with erotic romance. I'm not always a fan of adding in colorful descriptions that don't coincide with the setting of the book, but Adams does her love scenes justice by making them seem natural and full of passion. The heat doesn't seem overdone or out of place. This is a novel with serious love scenes, not serious love scenes with a story thrown in.

Readers of mainstream romance might find it a little too much for their sensibilities, but those who like their paranormal romance with some serious heat will love it. Logan shines as a conflicted hero that ultimately has to make the critical decision between the clan he is loyal to and the woman he loves. Cecily is a young woman trying to lead a dying clan, who has some special abilities of her own that add a secret dimension to the book. I love it and I think you will too. Remember it's erotic romance and isn't suitable for readers under 18.

Forbidden Embers is available NOW from your favorite bookseller. 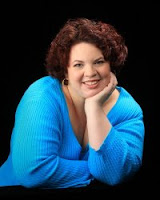 Tessa Adams lives in Texas and teaches writing at her local community college. She is married and the mother of three young sons.