Blog Tour Stop: Poison at the PTA by Laura Alden 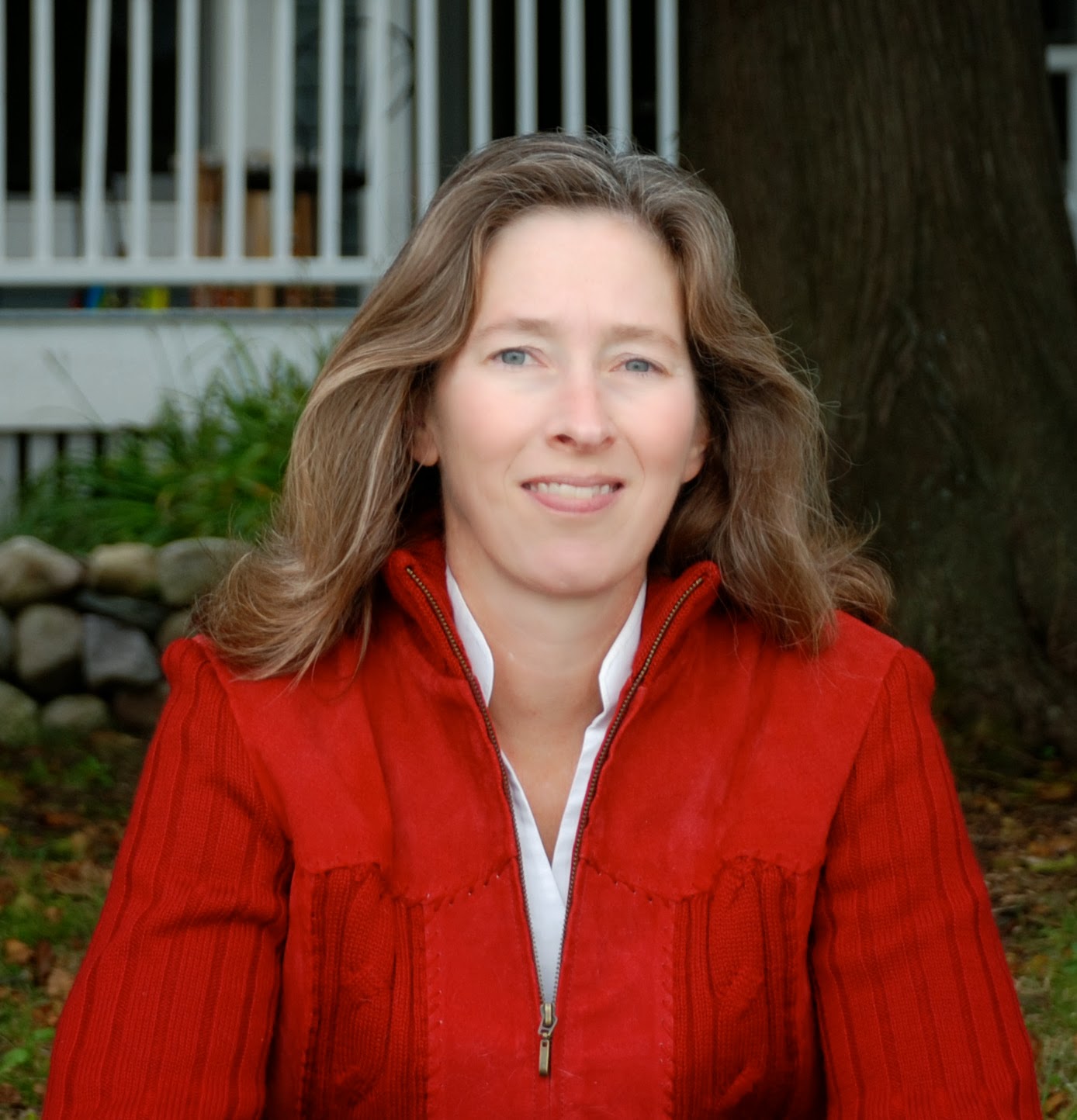 Please join me in welcoming Laura Alden to Debbie's Book Bag today! Laura is here promoting her book, Poison at the PTA. Enjoy Laura's guest post about how long it took to write this book. The publisher is sponsoring a giveaway for one copy of Poison at the PTA by Laura Alden, see details at the end of the post.

It Took You HOW Long To Write This Book?

To fully explain, I’ll have to go back, well, about fourteen years. In the fall of 2000 gasoline cost under $2 a gallon, Bill Clinton was president, the internet was just getting big, and most importantly to yours truly, I’d just finished writing my first mystery. Hooray for me!

I was eager to jump into the world of writers and editors and agents and the whole complicated business of publishing. I wanted to learn everything…but how? And where? And from whom? Ahk!

Since it was fourteen years ago, many of the memories have faded, but I remember hearing talks by Parnell Hall, by Carolyn Hart, and by Luci Zahray, known throughout the mystery community as the Poison Lady. Luci is a pharmacist has an amazingly deep knowledge of poisons, something that is often of great interest to mystery fans and writers. Luci can talk for hours about plant poisons, poisons in household cleaning products, and – wait for it – over the counter medications. In this particular case, acetaminophen.

Luci said that while acetaminophen isn’t the most toxic thing people usually have in their homes, it can be the most dangerous. Why? Because although people consider it a “safe” medication, it doesn’t take a large amount to cause serious harm or even death. Plus, it’s a hidden ingredient in many other medications so there’s a cumulative effect.

Hmm, my writer’s brain thought as I scribbled note after note. I’ll have to put that in a book someday.

Fast forward ten years. My first mystery, MURDER AT THE PTA has just been released. No acetaminophen in the story at all. I’m starting to write the second book, and my editor is asking me for title ideas. “How about POISON AT THE PTA? Wouldn’t it be fun to use that title?”

Sure, but there was no poison anywhere in the story. The poor victim had died by strangulation, no acetaminophen in sight.

My editor sighed, and the book was eventually titled FOUL PLAY AT THE PTA.

The third book in the series featured two deaths, one years earlier from drowning, the second from insect stings. “That’s kind of like poison, isn’t it?” my editor asked. Kind of, but not really. That one became PLOTTING AT THE PTA.

Book four’s death was via gunshot. My editor didn’t even try with that one.

Book five? Yes! Book five does, in fact, have a poor woman who dies from acetaminophen poisoning. Fourteen years after hearing Luci’s talk, and after four years of editor naming efforts, POISON AT THE PTA was scheduled to be released on February 4, 2014.


So. How long did it take me to write this book? You be the judge! 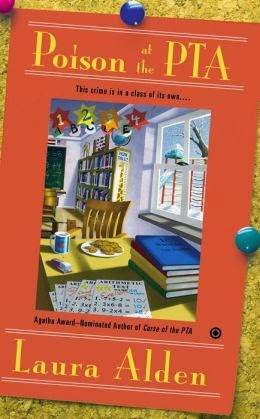 Poison at the PTA (Beth Kennedy - Book 5) by Laura Alden

Excerpt from, Poison at the PTA, courtesy of Amazon's Look Inside feature.

As the Tarver Elementary School PTA president, Beth Kennedy is always on the go—especially when someone puts murder on the agenda. Beth has been running nonstop to be the best PTA president, bookstore owner, and single parent ever, which is why her friend Marina is staging an intervention. Beth needs to take a break—and that means letting someone else organize the PTA’s upcoming eightieth-anniversary event. But when Cookie Van Doorne, one of the event speakers, dies of suspicious causes, Beth decides to make an intervention of her own to find out what happened. When she discovers that Cookie was poisoned, the next order of business is catching a killer whose break is almost over.

Laura Alden brings readers the fifth book in her Beth Kennedy series featuring the mother of all school organizations... the PTA. Poison at the PTA features the 80'th anniversary of the PTA and a murder, via Tylenol? Well maybe not exactly, but you get the idea. Alden has a way with characters that is rare in cozy fiction. She is able to make the reader see into the heart of her characters by showing them in their everyday life, at their best and worst. Readers who are looking for a book that celebrates not only sleuthing but what it means to be a single mom, a business owner and way too curious will appreciate Poison at the PTA.

Popped any Tylenol lately? Who knew that Acetaminophen could be so dangerous. Obviously Laura Alden did! And cozy readers are going to be glad. Poison is one of those things that readers who read cozies tend to see a lot. There are certainly some exotic ways to die floating around the cozy genre. Death by avalanche or something like that might sound more interesting than death by poison by not necessarily. Poison is such a subtle thing, very unassuming. It's death from a far, a whole lot less personal any just about anybody could do it. I thought it was a great way to go in this book and Alden did a great job with it, even if it took her 14 years to use it! (wink).

Beth is my hero! She is great character for so many reasons. Like me, she's a single mom. She has two kids in middle school, a full time job, plus she takes the time to be very involved in her children's school by being PTA president. That is not something that is easy to pull off. No wonder she needed a break, and it's not surprising she got sucked right back in... such is the life of a mom! I have always liked the fact that Alden choose to make Beth the kind of person she is. Driven to be the best she can be. She's also too curious for her own good, not unlike most amateur sleuths. Just an all around great character.

In this one Beth is full up to her eyeballs with kids, work, and the PTA. The 80th anniversary of the Parent Teacher Association is coming up and Beth wants everything to go just right. However, when one of the speakers ends up dead, it becomes more important to figure out whodunit. The mystery in this one was probably my favorite of the series so far, very well developed and full of surprises. As I said before I loved the death by Acetaminophen theme, and trying to figure out who would or could pull it off was an adventure. I'm not afraid to admit that this one had me bum-fuzzled.

I was a little perplexed by the intervention of sorts that Beth's friends concocted in order to get her to take some much needed time off. They made a big deal out of it and did Beth really rest? Nope, not a chance. I guess I thought that part was a little unnecessary. Not that it took anything away from the book, it just didn't really add anything either.

This one has a great theme. The characters as usual are realistic and believable. Beth is a super-mom and a great PTA pres! Give this one a try I think you'll be very glad you did...

Poison at the PTA is available NOW from your favorite bookseller.

Laura Alden's debut novel, Murder at the PTA, was an Agatha Award finalist for Best First Novel. She continued the series with Foul Play at the PTA, Plotting at the PTA, and Poison at the PTA.

The publisher is sponsoring a giveaway for one copy of Poison at the PTA by Laura Alden.

~ You must be an email subscriber to participate.
~ US addresses only.
~ The deadline to enter this giveaway is Midnight EST, February 18th.

1. Please leave a comment describing your adventures with the PTA.
2. Please fill out the FORM.

I never became involved with the PTA. saubleb(at)gmail(dot)com

No children therefore I have kept my distance from the PTA.


Hello Debbie. Thanks for the interview with Laura. I wasn't real active in PTA and can't remember anything that happened to talk about. Sorry! That was many, many years for me. I already have 19 great-grandchildren. And, my rememberer doesn't work so good. BUT, my forgetter works very well. See!
I am a subscriber to this blog. Maxie
mac262(at)me(dot)com

I went to a PTA meeting and my gynecologist was there. It was kind of embarrassing because he introduced me to his wife and kids. He was a young guy and kind of looked liked Ferris Bueler. I couldn't get out of there fast enough.

I am a member of the PTA but meetings are in the afternoons and I have always had to work.

When my children were young I was very active with the PTA.

I was active in the PTA back in the 60s-70s but my favorite thing was being a room mother!

I don't have any children so I haven't had any dealings with the PTA---I do, however, remember my mother complaining that all the ladies of the PTA were snobs.

I haven't really been able to take part in the PTA (they call it PTO, here) at my daughter's school. I always feel badly about it, but due to either work, illness or bad weather, it seems like something always prevents me from getting to those meetings! I do try to support the fundraisers and go to events sponsored by the PTO though.

I was never involved with the PTA.

The PTA at our school was very organized! I stuck to the classrooms, various room mother roles, math tutoring and junior great books.

I have never been a member of the PTA. Thanks for having the giveaway.

Absolutely no involvement with the PTA--

I've never had any involvement with the P.T.A. and neither did my parents. I don't have kids. I like this series, though, and have the first three books.

I have no children so therefore no involvement with the PTA!