Review: What the Groom Wants 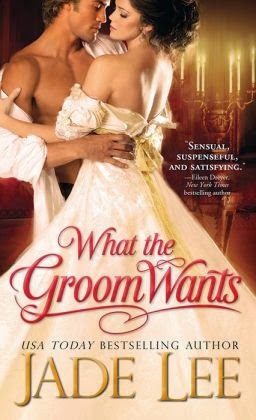 What the Groom Wants (Bridal Favors - Book 4) by Jade Lee

Excerpt from, What the Groom Wants, courtesy of the author's website.

An honest love...
Radley Lyncott has been in love with Wendy Drew as long as he can remember. When he went to sea, she was too young to court. Now that he's returned to take up his Welsh title, he is appalled to find that debt has ruined the Drew family, and—even worse—Wendy is being courted by another man.
Or a dangerous attraction?
Family comes first for seamstress Wendy Drew, who is forced to settle her brother's debt by working nights at a notorious gambling den. But her double-life hasn't gone unnoticed—she has captivated none other than Demon Damon, a nefarious rake who understands Wendy's darkest desires and is hell bent on luring her into his arms.

Author Jade Lee has an affinity for writing a good villain. In her latest book in the Bridal Favor's series, What the Groom Wants, the villain is indeed the antithesis of evil. Demon Damon is the epitome of Regency bad boys and the redemption isn't even on his radar. Jade writes a captivating novel of a young woman who finds herself between a sailor turned duke and a relentless gambling magnet that has anything but her best interests at heart. Readers will love the fast paced action and heart stopping romance. This book turns Regency romance on it's ear! A great addition to the series.

Jade Lee is a master at writing characters that are compelling, interesting and full of life. She writes a hero as not only perfection embodied but also vulnerable and human. Her heroines are bold and independent, yet flawed and soulful. And her villains are anything but typical. Evil incarnate and spine chilling come to mind when I think about the villain in her latest novel, What the Groom Wants.

When I first picked this book up to read it, I mistakenly thought that Demon Damon might be the hero. Radley seemed a little flat and one dimensional from the blurb and I couldn't see him as being the true hero in this one. But Lee really surprised me here. She took these two characters and completely transforms them throughout the story. Readers might think in the beginning that Demon Damon has a shred of humanity left in him, but not so. And Radley shows a depth of character that is uncharacteristically endearing.

Wendy the heroine of the story was also very well written. She is independent and strong willed. She wants nothing more than to provide for her family with her work as a seamstress. Now that Radley has returned home, she doesn't feel worthy of him and continues to work in the gambling dens of the Demon, drawing herself further and further into his evil machinations. Lee's previous books in the series centered primarily on the heroines. But this seems to swing more toward the heroes and relies less on the heroine to entice the reader. It was a nice juxtaposition and had me from the beginning.

This isn't really a love triangle, like it sounds like. These two men are so fundamentally opposite of each other, there really isn't a question as to who Wendy will end up with, but it's the journey toward that end that makes all the difference. This book was unlike any Regency I've encountered before and I've read a bunch of them. There is an air of darkness about it that gives it a sinister feeling. And that was unusual. Also there are moments of humor as Radley learns more about his position and how to use it. The romantic elements are organic and natural, yet completely engrossing. Unlike any love scenes I've read in any kind of romance. It was original and fresh and full of surprises.

I enjoy books that have strong female relationships. The previous books in the Bridal Favor series have relied on the heroines to keep the flow of the series going and have had a deep impact on each book. In this one, that element was missing. We hear about the other women from the dress shop and a couple of them make an appearance but the focus of the book was totally on the hero and the villain. I missed that strong female friendship note that was present in the other books.

Don't get me wrong this book may be more hero focused but it is truly a gem. It is so unlike most Regency romances. The time period is spot on, but the situation and the characters are much more dramatic than Regencies usually get. I loved every second of it. I highly recommend this entire series, but this book itself is exceptional!

What the Groom Wants is available NOW from your favorite bookseller. 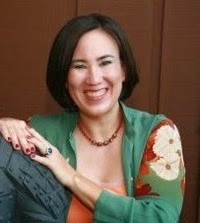 USA Today bestselling author Jade Lee has been scripting love stories since she first picked up a set of paper dolls. Ball gowns and rakish lords caught her attention early (thank you Georgette Heyer), and her fascination with the Regency began. An author of more than 30 romance novels and winner of dozens of industry awards, she finally gets to play in the best girl-heaven place of all: a Bridal Salon! In her new series, four women find love as they dress the most beautiful brides in England. Lee lives in Champaign, Illinois.