Excerpt from A Necessary Deception


When young widow Lydia Gale helps a French prisoner obtain parole, she never dreams she will see him again. But just as the London Season gets under way, the man presents himself in her parlor. While she should be focused on getting her headstrong younger sister prepared for her entree into Society, Lady Gale finds herself preoccupied with the mysterious Frenchman. Is he a spy or a suitor? Can she trust him? Or is she putting herself and her family in danger?


Discover a world of elegance and intrigue, balls and masquerades as Laurie Alice Eakes whisks you into the drawing rooms of London Society on this exciting quest to let the past stay in the past - and let love guide the future.


A Necessary Deception is the first book in The Daughters of Bainbridge House series by Laurie Alice Eakes. Eakes gives readers a Regency period romance from a Christian perspective, which is original and unique. Readers will love the fact that Eakes introduces them to French history as well as English history as she whisks them back in time to the England of 1812. The author's ability to make her characters come alive is unparalleled in the genre. Fans of both Christian Fiction historical romances and Regency romances will find themselves captivated by Eakes' descriptive powers and understated Christian values and ideas.

Lady Lydia Gale finds herself in quite a predicament when she realizes that the man she thought she would never see again has resurfaced at a critical time in her life. When Lydia helped a French prisoner obtain parole because he has once aided her dead husband, she had no idea that he might one day turn up in London on the eve of the most important season in her young sisters life. Now Lydia must decide whether he is truly trying to ferret out an English traitor or spying for the French. With her heart at stake and her future, trust becomes more than just a luxury.

There were a lot of things to like about this book. A Necessary Deception isn't your typical Christian Fiction fare. Being a reader of both Regency romances and Christian Fiction historicals, I really enjoyed the way the author was able to blend the two. One of my qualms about Christian Fiction tends to be that most of the themes are one dimensional and very over used. This particular book took a totally different direction and offered up an original plot and fascinating characters. Eakes proves without a doubt that there is still an audience for Regency romances that are clean and that provide sound values and motives.

Eakes takes her history seriously and it's obvious the amount of research that went into providing all of the historical references and rich period detail. The reader will feel like they've been educated as well as entertained with this one right down to the numerous French terms used in this book. Though I may not have understood every single one of them, I was intrigued enough to find out what they meant just from being so engaged in the story line. I was impressed with how Eakes was able to transport the reader into the heart of England. The sights and smells were so vivid in her descriptions that readers will imagine the busy streets and crowded ball rooms with ease.

The characters in this novel are well fleshed out and readers will find something to like about just about all of them. Lydia is a young woman who has had to take over as provider and nurturer of her younger sisters. Since losing her husband she has thrown herself into making sure each of them is provided for. She comes across as very patient and giving. Christophe is very mysterious and guarded. Is he really a hero or perhaps the villain? Though certain parts of the book were a little predictable, the relationship and how it develops between these two characters makes up for it with ease. They are drawn to each other in spite of themselves and it makes the reader believe that true love could really be possible...


Available October 2011 at your favorite bookseller from Revell, a division of Baker Publishing Group. 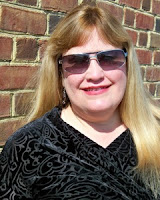 Laurie Alice Eakes is the author of Lady in the Mist as well as several other novels. She won a National Readers Choice Award for Best Regency in 2007 for Family Guardian. Laurie Alice Eakes writes full time from her home in Texas, where she lives with her husband and sundry dogs and cats.
Posted by justpeachy36 at 9:00 AM

It seems to be a very interesting books. I like this kind of books, so I think that I'll read it someday. Greetings! :)

I read Lady in the Mist and really enjoyed the story. Can't wait to read Laurie's latest and already have on my wish list.