Excerpt from Desire's Edge WARNING: This excerpt is not appropriate for those under 18 years of Age (Courtesy of The Smutty Kitty)

Giving in to desire...
As a lawyer, Kara Crawford knows how to keep a secret, especially after being spurned by an ex for revealing her sexual needs. Kara doesn't expect to find anyone who can fulfill her more extreme desires - bondage and domination and submission - until she experiences one of the most incredible nights of her life with a man she's always admired from afar.

Sexual dominant Dante De Matteo knew Kara back in high school, and he never imagined her darkest fantasies would align so perfectly with his. The lovers don't expect their passion to last more than a night, but when Dante's new job turns out to be at Kara's law firm, they find themselves confronted daily with the sparks of their blistering chemistry.

... but only if you give yourself completely.

As intense desire draws them closer, deep-rooted fears threaten to pull them apart - unless they can learn to embrace both the pain and pleasure of love.


Dante and Kara knew each other in high school when relationships were simple, each having a secret crush on the other. Years later they meet at a friends housewarming party and the desire they were never able to explore roars to the surface. Kara has always had hidden desires she fears to express, but one night with Dante opens her up to a whole new world of possibilities. Dante is used to showing his more dominate side and having casual relationships but when his feeling for Kara become more intense it may be more than either of them bargained for. Can they ignore their issues with control and become vulnerable to love?

Berlin allows the reader to explore their own hidden desires through the relationship of her main characters, Dante and Kara. Both characters have control issues stemming from past relationships and hurts and it's hard for them to let go and embrace the feelings they are having for each other. I thought the author did a great job of showing the depth of these feelings and the trust necessary for this intense kind of relationship. It is never easy to contemplate giving someone else control over any aspect of a relationship, let alone control of over body, mind and soul.


Having not been a reader of this genre for very long, I was a little taken aback by some of the scenes in this book and surprised by the intensity of my reaction. I don't think the author was using these scenes for the shock factor, but I believe she was merely trying to show the intense trust that is involved in a submissive relationship. I appreciated the authors commitment to encouraging readers to express what they want and need in their relationships, sexual or otherwise.


Desires Edge is available NOW from your favorite bookseller. 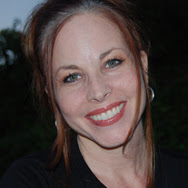