Review and Giveaway: Mrs. Jeffries Defends Her Own

Excerpt from Mrs. Jeffries Defends Her Own Courtesy Of Amazon's Inside Look Feature

She keeps house for Inspector Witherspoon...and keeps him on his toes. Everyone’s awed by his Scotland Yard successes—but they don’t know about his secret weapon. No matter how messy the murder or how dirty the deed, Mrs. Jeffries’ polished detection skills are up to the task...proving that behind every great man there’s a woman—and that a crimesolver’s work is never done.

When the general office manager of Sutcliffe Manufacturing is murdered, no one is really surprised. Ronald Dearman was anything but a dear man. The tyrannical bully had more than enough enemies to go around. But who hated him enough to walk into his office and put a bullet between his eyes?

For once, Inspector Gerald Witherspoon doesn't get the case; it's given to another inspector.  Then someone from Mrs. Jeffries' past—someone she'd hoped to never see again—shows up and begs for her help. Now Mrs. Jeffries must step into the fray and stop a terrible miscarriage of justice…

Emily Brightwell's long-lived British mystery series featuring the unlikely sleuth, Mrs. Jeffries continues with, Mrs Jeffries Defends Her Own. It is the thirtieth book in the series and does not disappoint. Brightwell fans are arguably looking for a heroine that is similar Agatha Christie's Miss Maple and they certainly find her, with Mrs. Jeffries. Brightwell's exceptional characters and engaging plots continue to excite fans of Victorian cozy mysteries and bring in a constant flow of new readers!


Mrs. Jefferies is at it again. Though this is the 30th book in the Mrs. Jeffries series, Emily Brightwell continues to keep her books light and original. Many readers would think that after thirty books, the series may have out lived it's audience and become stale, but that isn't the case. Brightwell shakes up the series this time with several key factors. Two of Mrs. Jeffries cohorts are missing, as Betsy and Smythe are on a vacation of sorts, which leaves the door open to another "under the stairs" member of the gang to pick up the slack. Phyllis comes into her own in this book, getting her hands in the  middle of this mystery and becoming a full-fledged member of the team.


In an interesting twist Brightwell gives this latest murder case to another inspector, Inspector Nivens. Fans of the series probably had a jaw dropping moment when they figured out that beloved character Inspector Whitherspoon may be on the lame in this book. Whitherspoon always gives Mrs. Jeffries a reason to investigate and it was great to see that even though he wasn't the lead inspector, Mrs. Jeffries still made it into the middle of the investigation and luckily so does he. One of my favorite parts of this series, is Whitherspoon's "inner voice". I was hoping it wouldn't be lacking in this one and I was right. Mrs. Jeffries and her friends always seem to make Inspector Whiterspoon believe that he figured it all out and that's a very fun aspect of the book. He is the bumbling detective and she is the brains behind the operation.


The mystery in this one revolves around the murder of Ronald Dearman a manufacturing exec. who has ties to Mrs. Jefferies former sister-in-law, Fiona. Dearman was certainly no saint, which gives Mrs. Jeffries and the readers a lot of suspects to work with. Fiona being the lead suspect also allows readers a long into Mrs. Jeffries past. Brightwell always has a way with bringing out more details about characters readers think they know everything about, in each book. The mystery aspect of the book was well written. The clues come out at the leisurely pace of most English mysteries and keep the reader engaged and calculating the whole time. English mysteries tend to be a little slower paced which allows for a lot of speculation and fun in figuring it all out.


Brightwell continues to surprise and entertain readers with each new Mrs. Jeffries mystery. This is a long-lived series for a reason... it's just that good. Mrs. Jeffries Defends Her Own takes readers in a different direction than most of the Mrs. Jeffries books, but it is no less satisfying. One of the things that particularly love about this series, is that each book is self-containing, much like the Sherlock Holmes books. You can read them out of order and still learn something new in every book. The Victorian setting doesn't get a lot of page time, but it sets the tone for this historical mystery series. The late 1800's must have been an amazing time and Brightwell gets that across with ease. Give this series a try, it's full of good surprises and lots of English maxims and undertones.

Mrs. Jeffries Defends Her Own is available NOW from your favorite bookseller. 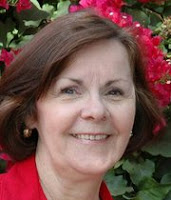 Emily Brightwell is the author of twenty-nine Inspector Witherspoon and Mrs. Jeffries books. She lives in California.

The publisher is sponsoring a giveaway of one copy of Mrs. Jeffries Defends Her Own by Emily Brightwell.

~You must be a GFC follow or an E-mail subscriber to participate.
~U.S. addresses only.
~Deadline to enter this giveaway is Midnight EST June 11th .

This sounds like a wonderful series, don't know how I've missed it this long. Thanks Debbie for bringing it to my attention.
Theresa N
weceno(at)yahoo(dot)com

Sounds like a good cozy with some great characters in it!

I had'nt realized till today how many Mrs. Jeffries book she had written. I love cozy mysteries - one of my favorites
amhengst at verizon dot net

I have loved these books from the beginning. They can always turn a bad day back to good. I can't wait to read this one!

I have not yet read an Inspector Witherspoon and Mrs. Jeffries book. I know myself. Once I read one; I will have to read them all.

(I subscribe to your emails to this box: margueritecore [at] gmail [dot] com and follow via GFC as Marguerite)

I haven't read any of these books but they sound terrific. I'd love to start with this one.

I have read many of the Mrs. Jeffries book and have enjoyed every ont. Can hardly wait to read this one.
suefarrell.farrell@gmail.clm

This looks like a good series. Thank you for the chance to win.

I haven't read any of the books in this series. I'd love to start with this one. It sounds good!