Siege (As The World Dies Series Book 3) by Rhiannon Frater

(Received for an honest review from TOR Books)

Excerpt from Siege Courtesy Of Amazon's Inside Look Feature

The zombie illness has shattered civilization. The survivors who have found tenuous safety in Texas defend their fort against the walking dead and living bandits.

Katie has made peace with the death of her wife and is pregnant and married to Travis, who has been elected Mayor. Jenni, her stepson, Jason; and Juan—Travis’s righthand man—are a happy family, though Jenni suffers from PTSD. Both women are deadly zombie killers.

In Siege, the people of Ashley Oaks are stunned to discover that the vice president of the United States is alive and commanding the remnants of the US military. What’s left of the US government has plans for this group of determined survivors.

Siege is the final book in Rhiannon Frater's As The World Dies trilogy. Frater takes the zombie apocalypse to a whole new level with this book and gives here characters enemies that are both alive and undead to thwart their survival. Horror fans who have an affinity for zombies will love this one. Fans of strong female heroines will also love this one. But if you're not a fan of flesh eating monsters than you may want to use caution. An satisfying conclusion to a great zombie series!


As many of you know I love books that have a paranormal element. Bring on the werewolves, the vampires and the ghosties, but I don't tend to like to read about zombies. I just can't get into the idea that there are people out there that actually think there could one day be a zombie apocalypse. That being said, I did decide to give Rhiannon Frater's series a try and I'm glad that I did. Not because it's a zombie series. My reasons for liking the series and especially this book is more about the characters and the strong female leads.


Frater has a knack for characterization. She is able to make even the most die hard non-zombie fan like myself, like her zombie killers. I really enjoyed the way she wrote both Katie and Jenni. Katie is a strong woman, she lost someone she loved dearly in the fighting but she is able to see hope even in the shambles that remain. She finds love and is now pregnant. But she's still one bad-ass zombie hunter! She is tough both emotionally and physically. Frater does a great job of making Katie appeal to both female and male readers. If perchance the zombies take over, Katie is one of the ones you want on your side.


Jenni has come a long way. Her mental state is still somewhat in question even in this book. She has been through a lot. She's traumatized... who wouldn't be? Frater's strength with this character is in making her so realistic. Should a zombie show up on your doorstep I don't think you're going to be calm, cool and collected. I think Frater made Jenni easy to understand, easy to identify with and easy to root for. The reader wants Jenni to survive. The reader wants her to get better and that makes all the difference.


The guys in this series aren't just token characters either, which usually happens in a book about strong feminine characters. Travis holds his own well with these very demanding ladies. He makes an excellent mayor in spite of all the difficulties he has to work with. He gives Katie hope and that is essential to making this story line work. Juan is also very commendable as a character. He's your go-to guy, he gets things done. He makes something out of nothing. He really helps to move the story along and Frater does a great job with all of the secondary cast. She uses them to propel the story, but not over take it.


As far as the zombies go... Frater makes them gross and ugly and downright scary. That's what zombies are supposed to be like. She doesn't change the mythology so much that her zombies are unrecognizable. They are still the same flesh eating, completely unrelenting bad guys and I think that's what the zombie fan wants. Not some convoluted idea of a bad guy. I liked the fact that Frater seemed to have her finger on the pulse of the zombie fan base out there and even though I'm not a zombie fan... I liked this series and I can definitely see the appeal. Siege wraps up the series in a satisfying way. The contingent at the fort has not only the zombies to contend with but the remnants of the U.S. government... how more sinister can you get than that? LOL


Step out of your comfort zone and give this one a try, you'll be glad you did and you zombie fans out there... you don't want to miss this one... it's killer!

Siege is available NOW from your favorite bookseller. 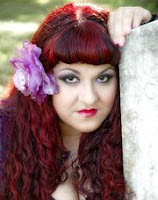 Rhiannon Frater is the award-winning author of the As the World Dies trilogy (The First Days, Fighting to Survive, Siege,) and the author of three other books: the vampire novels Pretty When She Dies and The Tale of the Vampire Bride and the young-adult zombie novel The Living Dead Boy and the Zombie Hunters. Inspired to independently produce her work from the urging of her fans, she published The First Days in late 2008 and quickly gathered a cult following. She won the Dead Letter Award back-to-back for both The First Days and Fighting to Survive, the former of which the Harrisburg Book Examiner called ‘one of the best zombie books of the decade.’


Frater has been active in the goth and horror communities in Texas, around the United States, and online. Rhiannon Frater and her husband live in Austin, Texas.