Excerpt from Under Fire

No Holds Barred, In Love or War...

A decorated hero, pararescueman Liam McCabe lives to serve. Six months ago, he and Rachel Flores met in the horrific aftermath of an earthquake in the Bahamas. They were tempted by an explosive attraction, but then they parted ways. Still, Liam has thought about Rachel every day—and night—since.

Now, after ignoring all his phone calls for six month, Rachel has turned up on base with a wild story about a high–ranking military traitor. She claims no one but Liam can help her—and she won't trust anyone else.

With nothing but her word and the testimony of a discharged military cop to go on, Liam would be insane to risk his career—even his life— to help a woman who left him in the dust.

Catherine Mann continues her Elite Forces series with Under Fire. Under Fire is the third book in a series that celebrates the inspirational men and women of the pararescue division of the Air Force. This is romantic suspense military style and Mann certainly knows how to keep the reader interested. With not one but two romantic couples, Under Fire will draw the reader in and they'll have to hold on for dear life, as this fast paced novel catapults the reader to the finish. A great addition to the series!


When I first started reviewing the books in the Elite Forces series I admit that I was skeptical as to whether or not they would be my speed. Military romance isn't something that I had read a lot of before Catherine Mann and I didn't know if it was something I really liked or not. But after reading Cover Me, I was hooked! Not only did I love the authors tone and writing but her characters were multi-faceted and her plots emotionally gripping. It was an eye-opener for me and I have since decided to give other military romantic suspense writers a try.


This series is based on the courageous pararescue teams that go where others fear to tread. These men and women go into some of the most dangerous situations that nature and man has to offer and I really enjoyed the fact that Mann chose to focus her series on such a wonderful group of servicemen. I think it helps to have an in-house consultant right where she wants him. Mann's research is evident in her books and it's easy to see why they are so popular. She remains true to the military and their code of honor in everything she has written about them.


In Under Fire we finally get to read Liam's story. I have been waiting for this one since the first book in the series. Readers are first introduced to Rachel Flores in Hot Zone the previous book in the series. Rachel is a dog trainer and helped Liam on search and rescue missions during an earthquake in the Bahama's. I am glad Mann chose to give Liam such a dynamic and interesting love interest. I really enjoyed all of the information about dog training and the kinds of things that dogs can do. It was interesting and helped move the story along. The romance between Liam and Rachel is hot and romantic. It's certainly more than just sex. This book is very emotional and will appeal to mainstream romantic suspense readers as well as military romance enthusiasts.


The conspiracy and military traitor part of the book was well written and very believable. Mann was able to give the story an authentic credibility that is lacking in some books. This part of the story may be secondary to the romance but it is still a vital part of the action. Rachel can only trust one man to help and Liam proves to be that man. I also enjoyed the secondary romance between Brandon a PTSD sufferer and the woman who cares for his service dog when he needs someone. Both romantic story lines are enhanced by the action and political intrigue of the premise of this book. I thought Mann did a wonderful job of incorporating everything together. It meshed well and will keep readers on the edge of their seats.


I can't recommend this one enough. Under Fire is an excellent addition to the series and I hope there will be more. I think there is definitely a place for this kind of military romance writing and Mann is clearly a front-runner in the sub-genre.

Under Fire is available NOW from your favorite bookseller. 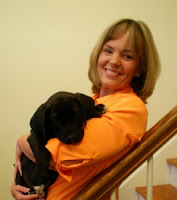 USA Today bestseller Catherine Mann resides on a sunny Florida beach with her military flyboy husband and their four children. Although after nine moves in twenty years, she hasn’t given away her winter gear! Now a RITA Award winner, Catherine writes action-packed military suspense for Berkley and Sourcebooks, and steamy romances for Harlequin Desire. With over two million books in print in more than twenty countries, she has also celebrated five RITA finals, three Maggie Award of Excellence finals and a Bookseller’s Best win. A former theater school director and university teacher, she holds a Master’s degree in Theater from UNC-Greensboro and a Bachelor’s degree in Fine Arts (with minors in both English and Education) from the College of Charleston. Catherine enjoys hearing from readers and chatting on her message board – thanks to the wonders of the wireless internet that allows her to cyber-network with her laptop by the water! Catherine and her family are also active volunteers in animal rescue, having fostered more than fifty puppies and special needs dogs for their local shelter.
Posted by justpeachy36 at 10:30 AM