I was recently privileged to be able to do an interview with Shana Galen, author of The Making of a Duchess, Book 1 in her new Son's of the Revolution series. The details for the giveaway are at the end of the post.
DEB: Shana, can you tell us a little bit about yourself?
SHANA: Yes, and thanks for having me! I’m a former middle and high school English teacher. I mainly taught in Houston’s inner city, so I have combat experience. But I lasted eleven years in the job and stuck with the inner city kids because I felt that was where I was needed most. I’ve taught sixth, seventh, eighth, and tenth grades.
Now I write full time and stay home with my 9-month old daughter. When I have time, I like to read, run, and listen to music. Oh, and I like to sleep. I never seem to get enough sleep (can’t think why!). The Making of a Duchess is my sixth Regency historical romance.
DEB: Tell a little bit about your new historical series, The Sons of the Revolution and the first book, The Making of a Duchess.
SHANA: The Sons of the Revolution is a three-book series about brothers separated as children by the French Revolution. Their father, the duc de Valère, is sent to the guillotine, but Julien and his mother escape to England. Julien doesn’t know what became of his younger twin brothers, Armand and Sébastien. Julien doesn’t believe they perished when peasants attacked the family chateau, and he makes it his mission in life to find his brothers.
That’s where The Making of a Duchess begins. Julien has been searching for his brother Armand for several years, and his frequent trips to England’s enemy make him suspect. The Foreign Office decides to send a spy in to determine if the duc is a spy for the French. But the spy they planned to send is injured, and they’re forced to send someone not at all prepared for the task—Sarah Smith, a governess.
DEB: What was your inspiration for these books? Have you always been interested in this time period?
SHANA: My inspiration was Charles Dickens’s A Tale of Two Cities. I remember reading it in ninth grade and falling in love with the time period and the romantic Sydney Carton, in particular. Then when I taught tenth grade A Tale of Two Cities was a huge part of the curriculum. Teaching the book just made me adore it all the more, not to mention truly realize Dickens’s literary genius. I always wanted to write a book set in part during the French Revolution. I still love the glamour and romance of the Regency period, so with this book, I had the best of both worlds.
DEB: What type of research did you do for this novel?
SHANA: I researched crime and punishment quite a bit. The punishment for treason, of which Julien is accused, was hanging, drawing, and quartering. It’s the same punishment Charles Darnay faces in A Tale of Two Cities, so I had researched it when I was teaching the book and revisited those notes again. I always have to look up details about the Regency period, but I’m pretty familiar with the period after ten years of books set there. I wasn’t at all familiar with French nobility and had to research titles and rules of inheritance.
DEB: What is your normal writing day like? Do you have to have certain things in place for you write comfortably?
SHANA: I have a nanny who comes twice a week for four hours, and I go to Starbucks down the street and write ten pages or more on those days. The rest of the week, I write when my daughter naps. I aim for two pages a day and am ecstatic if I can accomplish more. My writing time is so limited I can’t afford to worry about comfort. All I need is my manuscript and a computer, but if I need to, I’ll write longhand.
DEB: What has your experience as published author been like for you? How did you feel when your first novel was published?
SHANA: The publishing world is a rollercoaster—one day you’re up, the next you’re down. There’s a lot of frenzy to get copyedits or revisions done quickly, and then a lot of time when you’re waiting and waiting for your editor to read what you’ve turned in. There’s no control. I’ve learned I can only control what I do and my reactions, so I try not to worry about what’s going on at the publishing houses. I just keep working and writing what I love and hope someone wants to read it. 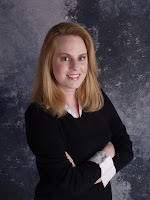 My first novel was actually two. I had two novels come out the same month, When Dashing Met Danger and a chick lit written as Shane Bolks, The Good, the Bad, and the Ugly Men I’ve Dated. It was a really exciting time. I used to go to the bookstore just to see my books on the shelf, and I admit, I still do that. What can I say? It was a dream come true, and I get to realize my dream every day when I sit down at my computer. I feel very fortunate.
DEB: Do you have any advice for new writers?
SHANA: Don’t give up. I wanted to give up many times but decided to stick it out a little longer and that’s when something good would happen. The people who make it and stay in the business are those with the most persistence and dedication.
DEB: When you are not writing what types of books do you like to read? Do you have a favorite author?
SHANA: I like to read romance, especially historical but I also like contemporary. My favorite author is Susan Elizabeth Phillips. I also like Nora Roberts, Janet Evanovich, Julie Garwood, Marsha Canham, and Anne Rice.
DEB: What are you working on right now?
SHANA: I just finished The Making of a Rogue, which will be out in Spring 2011, and I’m working on a proposal for a new historical novel.
DEB: Tell us one thing people may not know about you?
SHANA: I’m a vegetarian. I don’t eat anything with a face.
GIVEAWAY DETAILS
Sourcebooks is giving my opportunity to give away 2 copies of, The Making of a Duchess. The rules are pretty simple.
1.) There will be 2 winners, U.S. & Canadian addresses, the books will be sent out by the publisher.
2.) You must be a follower of this blog.
3.) You must leave a comment on this post with your e-mail address, so I can contact you.
4.) The deadline for this giveaway is Midnight, EST, July 7.
EXTRA ENTRIES:
+5 for following me on twitter @justpeachy36
+5 for old followers
+3 for new followers
+5 for adding this giveaway to your sidebar
+5 for entering any other giveaway I am having
+10 for getting the word out on this giveaway via, twitter, facebook or a post on your blog.
Thank-You for participating!
Posted by justpeachy36 at 8:00 AM

Dont count me in for this giveaway. Nice interview.

I enjoyed reading the interview. Dont enter me ;p

Ah, another Dickens fan! Please enter me in the drawing, sounds like a really interesting book.

Brandy B aka Brandlwyne said...

+5 I am an old follower!
+5 adding to my contests sidebar
Thanks for hosting!
bevsharp@desch.org