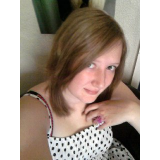 Please join me in welcoming Samantha Rendle to Debbie's Book Bag today. Samantha is here to chat about her book, House of Vampires published by Silverwood Books.


DEB:  Samantha, can you tell us a little bit about yourself?SR: Hi, I’m commonly known as Sam, I’m eighteen and I’ve recently finished Sixth Form. I love music, books and art in any other form, and I love being creative, whether it’s writing, drawing, painting or cooking.

DEB: Tell us a little about your book, House of Vampires? Is this book a single title or part of a series?SR: House of Vampires was an idea I’d been throwing around since I was around fourteen, and I knew the general plot for the book, but never really had a solid idea until a few years later. It’s about a young vampire called Pete, who wakes up in a mansion filled with vampires with a key and no idea who he is. He soon realises the key unlocks the door to another dimension filled with demons and monsters, and the vampires’ plan is for him to unlock the door, so he escapes and joins the fight against them. The book is part of a series, probably a trilogy but I haven’t decided yet.

DEB: What was your inspiration for this book? Have you always been interested in the paranormal?
SR: Yes, I have always had an interest in the paranormal. I used to watch Buffy a lot, I loved the Vampire Diaries books and in secondary school we had to read Frankenstein for English and I absolutely loved it! My inspiration for the book was a video by a band called Fall Out Boy, which featured vampires, and I thought the main character in the video was great, so I based my main character on him. I wanted the book to be about vampires, but at the same time I wanted it to be different.


DEB: What type of research did you do for your book?SR: Not much, to be honest! I set the book in Bristol, where I live, because it’s much easier to write about a place I know well. I did a little research on geckos (which may sound strange to anyone who hasn’t read the book - they’ll have to read it to understand), but most of it was based on my own knowledge or made up.

DEB: What is your normal writing day like? Do you have things that have to be in place to write comfortably?
SR: I try to get everything else that needs to be done out of the way first, so I don’t feel like I’m on a time limit, otherwise I can get edgy and lose concentration – I have the shortest attention span ever! Then I have my piles and piles of notes and all my plans around me on the sofa or table or wherever I am, and I have my trusty laptop, and then I’m all set. I try not to let people read what I’m writing until I’ve at least finished a first draft, because it tends to jinx it.


DEB: What was it like when you got the word that your first novel would be published?SR: It was pretty amazing, and good to know I’d finally be getting my name out there. There’ve been some preorders from my parents’ work colleagues and a few other people, and it’s nice to know I’ve got that support. I still don’t think it’s properly sunk in yet!

DEB: Do have any advice for new writers?
SR: First of all, notepads always help. Notepad on your computer is okay, but I prefer to have my notes in front of me. Planning is always important for me when I’m writing. Next, persevere. Most writers get rejected again and again, but there are plenty of ways to sell your material. Self publishing and Amazon Kindle are always good.

DEB: What are you working on right now?
SR:I’m working on about three books at the moment, and I keep switching between them depending on what I feel like writing. One’s the House of Vampires sequel, another’s a teen romance and the third is another paranormal adventure about a shapeshifter. I keep getting ideas for more and more books and want to write them straight away, so it’s hard sometimes when millions of ideas are bouncing around in my head. I have an idea for a book based on the song Under A Paper Moon by All Time Low, but I think three’s enough to be going on with for now.


DEB: Tell us one thing that people may not know about you?SR: I play way too much PlayStation 3, and I get way too into it. I often find myself yelling things at the television.
Posted by justpeachy36 at 9:00 AM