Books in the series: The First Days, Fighting to Survive, Siege (May 2012) 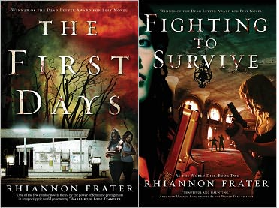 Excerpt from Fighting to Survive


The hundred or so survivors in the fortified heart of Ashley Oaks are running out of food and room. The newly renovated historic hotel seems a perfect sanctuary - if it can be emptied of zombies.


A pitched battle in the banquet room is the start of a harrowing, room-by-room struggle from reception to roof. The connection between beauty and death has never been more apparent to Katie, Travis, Jenni, and Juan than when they celebrate and mourn in the hotels rooftop gazebo.


As search-and-rescue teams bring food, supplies - and more survivors - back to town, they draw unwanted attention. Bandits see the fort's citizens as competition for dwindling stocks of unspoiled provisions ... and as a ready source of women to be used and abused. The bandits' first few attacks are minor skirmishes, but Travis and Juan, unofficial leaders of the community, know there is worse to come.


Outside threats are not the fort's only concern. The mayor's failing health spurs a battle for power. Travis's vow never to kill faces its greatest test. A vicious assault on Katie leads to vigilante action that shatters the rule of law. Jenni's tenuous hold on sanity begins to slip. Juan is accused of murder.


And beyond the fort's walls the zombies shamble, moaning, eyes fastened hungrily upon the living.


Author Rhiannon Frater brings readers the second book in the "As the World Dies" zombie trilogy, Fighting to Survive. Frater is a fresh voice with an original take on what the world would look like after a zombie plague reeks havoc on it. Her survivor community is raw and honest, populated with smart, resourceful people who somehow managed to escape the horde, but internal divisions and outside threats begin to unravel the tenuous grasp they have to survive. Frater will have readers enthralled not by the beginning of the invasion and not with the final battle, but with the in between, the middle and that makes all the difference.


If you are a regular here at Debbie's Book Bag, you know that I am a huge fan of Paranormal and Urban Fantasy, but my least favorite paranormal character is the often over used and uninteresting zombie. So, I'm sure you'll be surprised when to see that I've chosen to review a book that features the horde. I'll be the first to say that expanding your horizons in reading can lead to finding a genre or a type of book that you never thought you'd like, so I'm branching out and giving zombies another try. I was pleasantly surprised to find that I enjoyed this book very much.

Rhiannon Frater has a different take on zombies that appealed to me. Though they are extremely important to the story, they are not the entire focus. The focus rests on the survivors who were initially riding the wave of survival, but now that the adrenaline has wore off, rebuilding their world isn't as easy as they thought it was going to be. Frater zooms in on the relationships between the main characters. Katie, and Jenni are still kick-ass heroines, but they are having a lot of inner turmoil, regrets and emotional issues. Travis and Juan are looked to as leaders, but they are somewhat overwhelmed by the challenges a head of them. Though the world seems dark and without hope, Frater manages to help the reader see that what really matters are who you're with and what time you have left.

This one gets pretty heavy at times, with issues like survivor guilt and doubts about everything from what to do now, to the sanity of the characters. I thought that Frater was able to key in on the how the world would have to begin to work in order to survive. The fact that the bandits choose to remain separate instead of joining the survivors allowed the center of conflict to not rely completely on the zombies. Frater's remarkable knack for writing fight scenes is unmatched in zombie fiction. The assault on the hotel, provided scorching action and was so well written I think I had to pick my chin up off the floor a couple of times.

I may not be a big zombie fan but I'm definitely a Rhiannon Frater fan. The story behind the original publishing of this book is interesting as well. Frater posted it on her blog in installments like the old newspaper serials from back in the day, and after receiving high praise, self-published on Amazon. Now the trilogy has been picked up by TOR and Frater has seen even bigger success. If you don't read any other zombie book of the season, this one needs to be at to of your list. Tough, spunky characters, a zombie mythos that is captivating, internal problems and even a smidge of romance! Can't beat that!


Fighting to Survive is available NOW from your favorite bookseller. 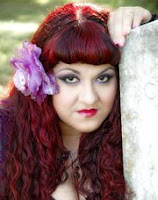 Rhiannon Frater is the author of The First Days: As the World Dies and two sequels, Fighting to Survive and Siege. Originally self-published, this award-winning, critically acclaimed trilogy is being released by Tor Books in consecutive seasons beginning in Spring 2011. Frater has written several other novels and has been active in the goth and horror communities in Texas, around the United States, and online. Rhiannon Frater and her husband live in Austin, Texas.
Posted by justpeachy36 at 9:00 AM

I am so glad to hear that you liked this series! I've been trying to find time to read The First Days (I even have it sitting right beside the couch making me feel guilty!), but it's hard to fit in books for me with all of the review books on my list! After hearing how much you like it, though, I'm going to go ahead and make myself read it next! Thanks for the awesome review:)