(Received for review from Medallion Press via the author)

Following the end of her fifteen-year marriage to a high-powered attorney, Evie Carson returns to her small Georgia, hometown to open a fashion boutique. From the protective covering of her father to the tarnished shield of her husband, Evie has always lived behind the armor of a man. But she sees this move as her first step toward the peaceful, happy life she wants.

Trying to recapture a few moments of her youth, Evie climbs to the ruins of her childhood tree house. While hidden by the massive branches of the old oak tree, Evie is stunned into deadly silence as she watches Jake - a mentally challenged community member - enter the clearing below her with a nude, lifeless body over his shoulder. Hovering above the macabre scene, Evie is forced to look on as a grave is dug. When the body is rolled into the hole, Evie realizes the dead woman is her childhood friend whom she hasn't seen in years.

The authorities are sure once Jake is arrested, the town's nightmare will be over. But when he turns up dead and Evie's home becomes the center of bizarre events, Evie and an investigating state trooper fear she may be the next victim. Wondering if she can trust him, or anyone, Evie alone must face the Dark Secrets of the Old Oak Tree.

Dolores J. Wilson has crafted a novel full of Southern Charm and high energy suspense. Dark Secrets of the Old Oak Tree is a departure from Wilson's mainstream fiction roots, but readers will find this one a gratifying mystery that's hard to put down.

Evie Carson, is devastated when she finds her husband David in bed with his paralegal. After divorcing him she decides to trade in the bright lights of Chicago for her own fashion boutique in her childhood home in Georgia. Waxing nostalgic one evening after her return, Evie decides to climb up in her old tree house but she isn't the only one who thinks this place is deserted. When a local man, Jake shows up with a body and a shovel, it's all Evie can do to keep quiet, especially when she realizes that the body is one of her childhood friends, Denise. Evie turns in Jake but that's only the beginning of this mystery. When Jake ends up dead, Evie turns to state trooper Lyle Dickerson for help only to find herself falling for him in the process. Will Evie be able to solve the crime or will she end up the next victim?

I really thought this was a great read. Wilson was able to pull off not only the mystery aspects of the story with flying colors, but also the romantic edge that kept the book interesting right to the end. Evie Carson has had a run of bad luck and coming back home to Georgia seemed to be the solution, but that was only the beginning of her troubles. I liked Evie as a character, she was witty and full of southern charm. She took charge of her life and started over, only to find that past sometimes comes back to haunt you. I loved the way Wilson was able to show us how much Evie changed from the beginning of the book to the end. I left like her character went through a lot of growth. The character development in the whole book was excellent.

The mystery itself was flawless. Half way through the book, I really thought I had it figured out, which is part of the fun of reading a good mystery. But, like many others I was fooled. Wilson gave just enough twists and turns to keep me guessing and second guessing all throughout the book. This one was a dark edge to it in a way, but not to the point of alienating some readers. The author was able to allow the characters interplay with each other to lighten the book, where it was needed and that made all the difference.

Dark Secrets of the Old Oak Tree is available NOW from your favorite bookseller. 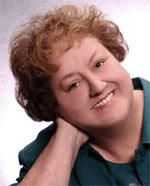 Dolores J. Wilson was born in Morgantown, West Virginia. At age eleven, she was transplanted to Tampa, Florida. She and her husband, Richard, love traveling in their motor home, where Dolores enjoys one of her favorite pastimes, visiting and researching historical sites, but she says it's always nice to come back home, where she can spend time with her grown children and grandchildren. She is an avid reader, but also enjoys bluegrass music and a multitude of crafts. Dolores lives in Jacksonville, Florida with her husband and beagle, Buster.
Posted by justpeachy36 at 2:45 PM

This sounds fantastic! A new title to me!