Born of Ashes (Guardians of Ascension - Book 4) by Caris Roane


(Received for an honest review from St. Martin's Paperbacks)

Excerpt from Born of Ashes (Amazon Look Inside Feature)


ENTER A HIDDEN WORLD OF WINGED VAMPIRE WARRIORS - AND THE WOMEN THEY ARE SWORN TO PROTECT...


For years, she was kept as a human slave - one of seven unwilling "blood donors" for the death vampires who thirst for absolute power. Now, Fiona is  a free woman, haunted by her memories of being strapped to a gurney, drained of blood, then revived at the last moment. She lives to avenge her captors - but only one warrior can help her...


Jean-Pierre has lived and fought for over two hundred years. He knows the triumph of slaying a death vampire, but has never known anything like the feelings that arise when he becomes Fiona's guardian. Her beauty, her pain, her passion - and her growing power - consume his senses. Now the warrior must draw his sword once more... and fight the gates of hell itself - for love.


Born of Ashes is the fourth book in the Guardians of Ascension series written by Caris Roane. Roane's mythos explores a schism that has developed in the vampire world between the death vamps and the warriors of blood. This is an exceptional series, that gives readers a whole new kind of vampire to explore. Their winged grace is impressive and so is Roane's character development. This is a series that is best read from the beginning, so that the reader will learn the dynamics of the societies and all of the background on the characters before they get to this book. It enhances the experience!

I liked this book a lot but I didn't think it quite lived up to previous books in the series. There has always been a sense of urgency in this series that the reader is able to feel and be pulled in by. In Born of Ashes, Fiona is basically after revenge against the death vamps who used her and took her freedom. It has a ton of potential. The premise is interesting, it's well thought out. It's a bit dark and earnest, but I think I expected more the main couple than what I got with this one.

Fiona and Jean-Pierre didn't seem to have that intensity that Roane's previous couples have had. They were a little stilted and I suppose that would be normal since both characters are bit shell shocked by their pasts, but it just didn't seem to get off the ground. They were to polite to each other, they didn't get in each others faces or do things to really ramp up the attraction outside the bedroom. I guess I wanted them to be more into each other.

That being said everything else in this book was a winner. Born of Ashes appears to be more of a transition type of book than we've seen in the series so far. A lot of story lines are introduced, the main couple for the next book is set up, there are just a lot of sub-plots and stories going on that will probably prove very interesting for the future of this series. But it would be kind of hard to pick this one up and dive right into the action. I think readers would definitely benefit from starting with Ascension in this series and building up to where we are now.


In the course of this book, the author begins to set up a new power couple for her next installment, which will feature Thorne and Marguerite. This one is sure to spark some controversy. This chick is hell-on-wheels! She treats Thorne in the most condescending, and rude manner. She is just not very nice, which makes the next book look amazing. How in the world is Roane going to make Marguerite the kind of woman that Thorne not only deserves, but the kind of woman readers want for him? Roane has basically issued a challenge to herself with this character and I'm really interested to see if she can pull it off... you know what they say... go big or go home! I can't wait!

I recommend this entire series to paranormal romance and vampire fans. It's different, it's unique and that's saying a lot in genre that is heavily saturated with vampire stories. How does an author set themselves apart from the pack? By creating vampires that don't fit the pattern, by providing readers with a mythos that is both believable and compelling. Give this one a try, you won't be disappointed. Born of Ashes may not be my favorite of the series, but it is definitely a solid addition to the series.


Born of Ashes is available NOW from your favorite bookseller. 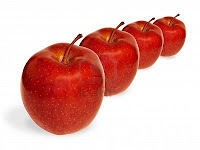 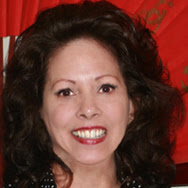 Caris Roane has authored over fifty published Regency romance novels and novellas under the pseudonym Valerie King. In 2005, the Romantic Times honored her with a Career Achievement award for her Regency work.


Caris lives in Phoenix with her two cats, one of which is named Sebastian, after a favorite vampire. When she gets a third, he'll be called Jean-Claude.
Posted by justpeachy36 at 10:30 AM