(Received for an honest review from Berkley NAL)


CoverArt: Click on the picture for a larger, clearer, image of the covers in this series. 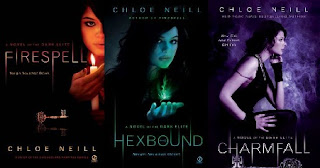 
HIGH SCHOOL CAN BE A BATTLEFIELD, BUT FOR LILY PARKER, SURVIVING AT ST. SOPHIA'S SCHOOL FOR GIRLS IS A MATTER OF LIFE AND DEATH.


Protecting Chicago from the dark side can be an exhausting job, especially when you're a sophomore. So when the girls of St. Sophia's start gearing up for Sneak, their fall formal. Lily decides to join in on some good old-fashioned party prep - even if it means not giving demons, vampires, and the twisted magic users known as Reapers her undivided attention.


But when a Reaper infiltrates the school, Lily doesn't forget what she's sworn to protect. She reaches deep inside herself to draw out her magic - and finds that it's gone. And it turns out that she's not alone. A magic blackout has slammed through paranormal Chicago, and no one knows what - or who - caused it. But for Lily, getting back her magic is worth the risk of going behind enemy lines...

Charmfall is book three in the Dark Elite YA paranormal series written by Chloe Neill. Neill is a seasoned author who also writes The Chicagoland Vampire series for the adult market. Her YA writing is both emotionally charged and suspenseful. This series follows the exploits of high school student Lily Parker and her best friend Scout as they live and breath in a magical alternative world.


As many of you know I don't review very many YA novels. It's not that I don't particularly like them, it's that I usually read that genre for pleasure and I don't always post my reviews of the books I read for enjoyment because there are just not enough hours in a the day. I received Charmfall for review and i was excited because I had heard tons of good things about Chloe Neill's adult series and thought this one would be interesting. I was certainly not disappointed and reading the YA series definitely makes me want the read the adult one as well and I think readers who haven't tried either of them will have the same reaction.


Neill has a way with character development and her plotting is masterful. The way she writes the relationships between the characters is insightful and full of intrigue. I didn't find this book extremely adventurous with a lot of nail biting moments, but it certainly provided the reader with a clear picture of Neill's world and who she was writing about. Admittedly, I have not read the other books in this series, but I plan to go back and pick them up as I go along. Neill gives the reader enough information to keep them from feeling lost, while keeping up the mystery of what has gone on before. I didn't feel like the back story was riddled with spoilers as happens in some books.


I loved the relationship that Neill has developed between heroine Lily and her best friend Scout. I found the banter and humor in the dialogue between them very refreshing and interesting. One of my favorite parts of this series so far is the fact that Neill is still allowing her characters to be kids, teenagers who are hormonal and full of angst. They are preparing for a dance in this one, which also adds to that feeling. They may be saving the world of a sort, but they still need dates for the dance. I think it must be very difficult for writers who write for both the adult and YA market to pull that off. It's for such a totally different audience.


One of the reasons that I feel like there are so many adults reading YA paranormal is because there just aren't that many books in the adult market that bring out the same kind of emotional punch that YA writers seem to be able to bring into their stories. Neill seems to be able to plot her books in such a way that adult and YA readers can find pleasure from them and I thought this one was well written and had all the things I wish adult writers would pick up on.


I look forward to reading the other books in this series as well as Neill's adult series. Neill brings out several different kinds of paranormal or supernatural characters in this book and I think it will appeal to many kinds of readers. The world building alone is worth the time to read this book, Neill's concept of a war between different kinds of magic users may not be a new one, but it is extremely well executed and very entertaining. She puts a a new spin on what readers might expect from her supernatural characters and that usually makes all the difference.

Charmfall is available NOW from your favorite bookseller. 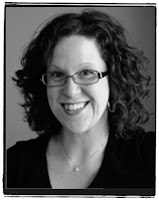 Chloe Neill was born and raised in the South, but now makes her home in the Midwest - just close enough to Cadogan House and St. Sophia's to keep an eye on things. When not transcribing Merit's and Lily's adventures, she bakes, works, and scours the Internet for good recipes and great graphic design. Chloe also maintains her sanity by spending time with her husband (also her favorite landscape photographer) and their dogs, Baxter and Scout.