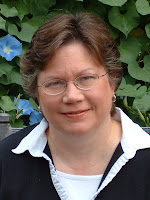 Please join me in welcoming Cheryl Brooks back to Debbie's Book Bag today. Cheryl is here guest posting about her latest book in the Cat Star Chronicles series, Stud and her experiences getting into writing sci-fi romance. The publisher is sponsoring a giveaway for two copies of Cheryl's book, see details at the end of the post.

Hi Debbie! It’s always a pleasure to visit the Book Bag. Thank you so much for the invitation!

There is no single, specific answer to the question of how I got started writing sci-fi romance. No writer ever truly begins simply by putting pen to paper or fingers to keyboard. A book is the compilation of life events and influences, which then contribute to an idea. Those ideas may stem from actual events, songs, or phrases—even something as fleeting as a smile. Other ideas come to me as I write, but the primary vision must already be in place.

Even as a child, I made up stories—fantasies, really—which I seldom shared with anyone else. I didn’t fall asleep easily, but instead of reading until I got sleepy, I let my brain do the writing. With rare exceptions, those tales all involved romance.

According to my mother, I was an incurable hero worshipper, although I came by it honestly. She had done the same as a child, collecting photographs of various movie stars. She also had an eye for a handsome man, and I see a great deal of her in myself. However, she was not the writer in the family. My father was.

I wish I could share with you some of my father’s letters. His job involved some technical writing, but he never wrote fiction. His ability was to take ordinary events and make them interesting. Blessed with a dry wit, he could send me a copy of his will, and the accompanying note would make me laugh.

Unfortunately, neither of my parents is alive today, nor did they live long enough to see my first book in print. However, they were around as my writing career developed.

As a life-long fan of sci-fi, it’s no wonder I wound up writing in that genre. The surprising thing is that my first sale just happened to be the one manuscript in my portfolio that wasn’t a contemporary. I had attempted to write a sci-fi romance years before, but never finished it. Still, it was always in the back of my mind that what the world needed was a really hot sci-fi romance.Slave was my first published novel, and is still the book of my heart. In it, I created a tough, gun-slinging heroine and a purring pussycat of a hero. I set out to create the ultimate alien male—not one who was arrogant and aloof, but one who was far more human than many other heroes. On top of that, I made him the sexiest man in the galaxy. Slave began the Cat Star Chronicles series, of which Stud, the latest release, is book eight. Once again, I’ve let an idea take me on a journey—one that allowed me to give free rein to my imagination. You’d never think to look at me that such things could have their origin in my mind, but they do. My mother once remarked that she had no idea what was going on in my head—which, when viewed from my current standpoint, is probably a good thing. If she had known what I was thinking, she probably would’ve had me committed.  Are there ideas in your own mind you don’t dare share with anyone else? If so, let’s hear them. Now’s the time to let your imagination run wild!

The publisher is sponsoring a giveaway for two copies of Stud by Cheryl Brooks.


~ You must be a GFC follower or E-mail subscriber to participate.
~ US and Canadian addresses only.
~ The deadline to enter this giveaway is Midnight EST February 15th.

1. Cheryl asks a question in her guest blog. Answer her question in the comments section.
2. Please fill out the FORM.

Hi Debbie!
Thanks again for having me here as a guest blogger on Debbie's Book Bag. I'll be around off and on to answer questions and respond to comments.

I've LOVED this series so much. And I can't believe it's eight. What idea have I on my mind. I don't dare tell anyone else. I'd like to have a ladies only party and invite all the Cats in this series to just purr and just be ours for one night only. Providing us Joy as only they can. And I want them dressed only in beads like they did in Rogue.
dmf747Acomcast.net

LOL! Good one, Donna! Good luck in the contest!

LOL, Cheryl! I think you have a pretty good idea of what's going on in my head :) BTW, naked tied up cowboys are next, critique partner;D Love the CSC series, and I can't wait to read STUD!!!

Oh no, Cheryl, I'm not telling my secrets, but I can hardly wait to read Stud!I will never forget Dominique saying that the reps walked in and said "Meow!"
Keep the books coming!
Amelia Grey

@Mellanie. Naked tied up cowboys??? That's a good one!

@Amelia. You know, somehow I didn't think I'd get many people to tell me their secrets. Would probably make interesting reading, though! Thanks for dropping by!

I'm sooo excited to read Stud! What can I say? You named your heroine after ME! ;-)

I'm like you, all those lovely ideas that I don't normally share with people I get to write about in my books. Mostly they involve hot Irishmen...

When I have reading breaks in the middle of a book (because I can't read 24/7), I sometimes find myself thinking about the hero and heroine and how some situations or conflicts will work out between them. This isn't a secret or anything, but it's an example of some things that run through my mind during the day :)

Ideas involving hot Irishmen are the best, Cindy! Going to Ireland myself in the spring. Can't wait!

If a book keeps you thinking, that's great Winnie. It's the kind of effect writers hope their work will have on readers.

I LOVE the Cat Star Chronicles! Stud is a wonderful book, Cheryl! Truly a joy to read. :)

I love the series! Slave had me hooked right away and while they're all great, Rogue and Outcast are probably my favorite so far.

Humm... Let's see, ideas I don't want to share. There are way too many to list, but they all involve super hot romantic men! I just added another idea to my list recently that involves a hot male stripper from Wisconsin and a lake house! LOL!

Whoa! I know the stripper you mean, Noelle! We really need to plan a road trip sometime!

Thanks for being here Cheryl. I loved Stud and I'm sure my readers will too!

Thanks so much! It's been a pleasure visiting the Book Bag!

I love this idea. Can't wait to read the book!

Hi! I have read and enjoyed a few of this series and really need to get the rest of it.
Let's see, ideas that I don't want to share with others? I can't really think of any. But I do like the idea of the women only party with the guys dancing for us. YUM!

Thanks, Renee! Hope you enjoy it!

LOL! Looks like we'll have to include you in that road trip to Wisconsin, June!

I would love to read this series. I think about hot cowboys. Tore923@aol.com

I enjoyed your post. The series sounds very good.

I thought that I posted but I'm not seeing my post. . so lets try this again. I get ideas every so often in my mind and they usually come from books that I've read and they haven't come out with the next book. Sometimes some spicy scenes pop into my mind too. I love the Cat Star Chronicles books. Congrats on the new release!
jessangil at gmail dot com

Thanks, Jessica! Spicy scenes are the best!

Would you believe my WV is "lecat?" LOL!

Hi! great interview, really interesting! Thanks for this chance! And share things on my mind... Well sometimes I do and it's not always a good idea! LOL But still sometimes it's ok to speak them out loud!

I love this genre and also it's a great cover. Thanks for the review. Oh I think everyone holds things back (me included). I remember wanted to write a journal but I was too afraid someone would read it!

Hi Cheryl!
Your books sound like my kind of reading! I just wish I had the stretch of the imagination to put down on paper, but I don't mind reading about others':) Thanks for the giveaway!