Review: When the Smoke Clears

When the Smoke Clears (Deadly Reunions - Book 1) by Lynette Eason


Excerpt from When the Smoke Clears


After a brush with death due to equipment failure, smokejumper Alexia Allen is ordered to take time off while the incident is under investigation She makes a last-minute decision to recuperate at her mother's home and attend her high school reunion. Yet trouble seems to be following her, and within hours of arriving home she is confronted with murder, arson - and a handsome detective.


But the conflicts ahead are nothing compared to the ghosts of her past. As she struggles to accept and forgive her family's past, she must also decide if the secret she's been guarding for the last ten years must finally come to light.


Chock-full of the suspense and romantic tension you've come to expect from Lynette Eason, When the Smoke Clears is the explosive first book in the Deadly Reunions series.

Lynette Eason once again proves why she is a great voice in Christian romantic suspense with her latest novel, When the Smoke Clears, the first book in the new Deadly Reunions series. Eason's ability to get her message across while still giving the reader an intense, thrilling read is exceptional. Her characters are well written and multi-layered. Eason's knack for writing gritty crime drama is one of the reason's her books have been so successful.


When the Smoke Clears is the first book in Lynette Eason's new series and I was thrilled to receive it for review after enjoying her first series so much. I am not always the biggest fan of what I would call crime writing or thrillers, but Eason certainly has won me over as a fan. Her blend of Christian beliefs with edgy, current story lines is anything but tame. I love the intensity with which she writes, there is an urgency about her books that appeals to me.


This book is about a smokejumper, a profession that I have always found intriguing. Alexia Allen is a female firefighter who has a very dangerous career, but a rewarding one. I have a lot of respect for people who do this kind of work. The ones who go in when no one else will or can. I loved the background information that Eason gives the reader on Alexia and her job. I hope that future books will go into further detail and really expand that aspect of the story.


Alexia is a great character. She is very introspective and very driven. I think that's the kind of person it would take to do the kind of work she does. I enjoyed her perspective on Christianity, as she saw it through the eyes of some of the other characters. It's interesting to think about how someone looking in might react to how a person believes. This aspect of the story was well written. It wasn't overbearing and it allowed the reader to ask the same questions. How can they react the way they do to hardship or danger? What do they have that makes them so different?


There was definitely a lot of romance here. There was a lot of action and it was all from a Christian perspective. I liked the fact that Eason doesn't rely on her beliefs to carry the story, but sort of let's that part of the book take it's own path, kind like it does in real life. This is a really good book and I recommend it to Christian fiction and inspirational readers, as well as, those who are interested in reading a good clean story, that is taunt, suspenseful and full of twists and turns. A great first book in a new series!

Available February 2012 at your favorite bookseller from Revell, a division of Baker Publishing Group. 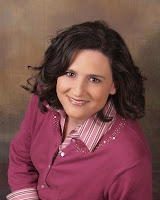 Lynette Eason is the author of several romantic suspense novels, including Too Close to Home, Don't Look Back, and A Killer Among Us. She is a member of the American Christian Writers and Romance Writers of America. Lynette graduated from the University of South Carolina and went on to earn her master's degree in education from Converse College. She lives in South Carolina with her husband and two children.
Posted by justpeachy36 at 9:30 AM