It's been a century since Convergence - when the fey folk of Celtic and Teutonic legend mysteriously appeared in the modern world. Down in the Boston neighborhood known as the Weird, the lost and forsaken fey gathered in desperation, hoping against hope that winds of war and change would pass them by. But in a place of danger and intrigue, somebody, somewhere, always seems to end up dead.


Connor Grey, a druid consultant for the Boston P.D., usually helps the cops solve their "strange" cases, but now he's the suspect in the midst of one. Wrongly accused of a terrorist attack that rocked the city to its core. Connor evades arrest by going underground, where rumors of war are roiling. A final confrontation between the Celtic and Teutonic fey looks inevitable - with Boston as the battlefield.


Undercover agents are turning up dead in the Weird - their murders brushed aside and ignored - and Connor exposes a citywide conspiracy of silence that seems linked to the inexorable march to war. As he digs deeper into the mysterious deaths, Connor draws closer to the secrets of a past he has sought for so long. And as friends and allies abandon him one by one, Connor discovers that in the clash between light and dark, and in the face of a cataclysm of epic proportions, he might have to make the ultimate sacrifice to save the world.


Mark Del Franco's final entry in the Connor Grey saga will thrill some, while infuriating others. Del Franco fans will be both surprised and perplexed by the way the author chooses to end the series. Undone Deeds is a very apt title for the book. Many questions are answered, but this is a series that ends with a cliffhanger. Readers who have followed Connor Grey from the first will find this book written in much the same fashion as previous books. Snappy dialogue, extreme fight scenes, plots that will keep them on their toes and yet there is something a little different afoot that will keep the interest high and the conclusion hard to believe.

The Connor Grey series is one of my favorites but I'll have to admit I wasn't quite as fond of this one as the previous books in the series. There were good and bad things about this one and I was somewhat surprised at the ending. Undone Deeds is the sixth book in the series and supposed the final entry, but it's one of those that makes you scratch your head when you close it. Mark Del Franco is an awesome UF writer and I love his style and can't wait to see what he comes up with next, but I'm thinking we need one more book in this series for it to have a satisfying end.

What I liked... There was actually a lot to like about this book despite my overall reaction to it. The dialogue is always one of my favorites parts of a Mark Del Franco book. He knows how to use dialogue to drive his stories and push them forward. Del Franco seems to have knack for finding the right words for characters to use. The sentences are usually clipped and short and to the point, exactly what you need in a good urban fantasy novel.


As always I am a huge fan of any kind of book about the fey, good or bad. So that was a huge plus with this book. The idea of the fey war, with Boston as the battleground was amazing. It was realistically written by Del Franco in a way that readers are able to understand the underlying tensions between the Celtic and Teutonic factions. It seems like war is inevitable unless Connor can do something to stop it.


As always Connor was a blast to read about. He is such a great character. I have read quite a bit about druids over the years being a mainstream fantasy fan before I ever started reading the urban fantasy sub-genre. I liked the fact that Del Franco kind of turned the tables on him in this book. He is no longer the good guy working for the cops, he's accused of terrorism and fighting to prove his innocence. It was a nice contrast to the Connor we've got used to reading about.


What I didn't like... Oh, my! Where do I start. This book just didn't seem like a conclusion to a much loved series. It was to say the least, a little confusing. Del Franco answered many questions that have come up throughout the series and I felt like it really falling into place to be a good series ender and then he turned it on it's head with the last few chapters. I started to realize it was not going to end the way I thought it would. In fact it was almost like it wasn't ending at all... I wanted more and still do. It seems unfinished in a way and I'm not sure what to make of that.


So you see, there's certainly more things that I liked about Undone Deeds than I didn't like, but the thing I didn't like negated all the good stuff. I guess I just want another book. I don't like it when things end on a unfinished note. LOL... but some readers might like that cliffhanger kind of ending, giving them a lot of fodder for their imaginations and what they could come up with when thinking ... what happened next? Take my thoughts with a grain of salt... to each his own! What do you think about this book?

Undone Deeds is available NOW from your favorite bookseller. 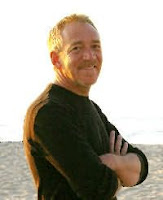 Mark Del Franco lives with his partner jack, in Boston, Massachusetts, where the orchid has finally taken its last gasp in a pathetic pot of gravel.

I believe Connor is dead, so the story is finished. He saved the world. The End.

I loved the entire series right up until the end of "Undone Deeds." I have a personal library of over a thousand books and have probably read three times that many over the course of my life and I have no idea what the last few chapters of "Undone Deeds" was about? Was he a reincarnation of King Arthur? Was he the embodiment of some Celtic Hero or God? What was with the women carrying his body for burial? Was that during some other lifetime in Faerie? What is with the Mini Cooper and his girlfriend suddenly appearing in the Wizard of Oz kingdom? I do not understand this one bit.