CoverArt: Click on the picture to see a larger, clearer image of the covers in this series.


For centuries, the shape-shifting dragon warriors known as the Pyr have hidden themselves from mankind, defending the earth's treasures in secrecy. But as the final reckoning with the Slayers - who are determined to eradicate both humans and the Pyr who protect them - heats up, even the most ancient secrets will be revealed...


Master illusionist Lorenzo wants nothing to do with the Pyr. His dragon nature is just another secret to hide and another detail to juggle, like ensuring that each of his Las Vegas magic shows is a true spectacle. Until he feels the burn of his firestorm and his whole world shifts...


Cassie Redmond is tired of photographing celebrities. She wants to pursue her dream of serious photography - despite the lucrative offer for a shot of a dragon shifter. Las Vegas is the last place she wants to be, but Lorenzo arouses more than her curiosity when he shifts shape as the finale of his show. Instead of forcing him to reveal his secrets, Cassie gets swept away by this illusionist's masterful touch.


Lorenzo wants to satisfy the firestorm and put it behind him. But Cassie is hard to forget - and he can't ignore the danger when Slayers target the mate Lorenzo didn't believe he wanted...


Have I mentioned lately, that I really LOVE paranormal romance? Books like Flashfire, a part of the Dragonfire series is exactly the reason. Author Deborah Cooke weaves a story of romance among dragon-shifters. A unique and different culture that is so much fun to read about. Fans of Anne McCaffery and other writers who have tackled dragons will love this book. It's full of adventure, danger and some very hot romance.

The heroine in Flashfire, Cassie is a perfect example of good character development. Cassie is a spit-fire right from the start. Not literally, like Lorenzo her other half, but definitely a spunky chick, who could more than hold her own with a dragon-shifter. She was good in a crisis and full of encouragement. She works diligently to bring Lorenzo back into the fold of his own people and she puts up with his crap...LOL. She's a great lead character who readers will see grow and change throughout the book.

Lorenzo is a little harder to describe. I'm not entirely sure the author was trying to make him quite as self-absorbed as he came across. It's all about Lorenzo. Even after he finds his mate in Cassie, he is still more concerned about how this is going to affect his well thought out plan than he is about her. I didn't identify with him as well as I would have liked. I guess after reading so many wonderful Dragonfire books I just couldn't understand why he was so dead set on not being a part of the Pyr and their culture and that kind of turned me off toward him a little bit.


I did like the combination of the two main characters. Cassie was eventually able to make Lorenzo see what he was missing and to come down on high horse. The romantic and sexual scenes between them were very hot. I found myself blushing a time or two as I read, but I couldn't put the book down, just for the simple pleasure of seeing how Cooke would ramp up with each sexual encounter between them. (Fans self) This one is sizzling and made up for a lot of faults in the hero.

The dragon-shifters are basically getting ready to have a war. Those who remain loyal to Eric and those who choose to fight with the upstart Chen. He wants control and he'll do just about anything to get it, including recruiting rogues and upstart Pyr members who would be willing to stand with him. I loved Chen as a villain. He has all the right stuff. He was manighical and calculating and he sooo unpredictable. Readers won't be able to fathom what he's capable of. He was one of my favorites for the sheer fact that he was so good at being bad!


This is a great paranormal romance series and a great book. Flashfire grabbed my interest on the first page and propelled me to the conclusion. I was disappointed when it ended. I wanted more, but I know Cooke has some great things up her sleeve. She didn't leave us hanging, but there is certainly a whole lot of potential for the next few books. Can't wait for the next installment.


Flashfire is available NOW from your favorite bookseller. 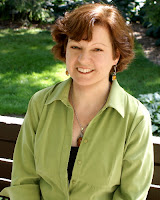 Deborah Cooke has always been fascinated by dragons, although she has never understood why they have to be the bad guys. She has an honors degree in history with a focus on medieval studies, and is an avid reader of medieval vernacular literature, fairy tales, and fantasy novels. Since 1992, Deborah has written more than thirty romance novels under the names Claire Cross and Cliare Delacroix.

Deborah makes her home in Canada with her husband. When she isn't writing, she can be found knitting, sewing, or hunting for vintage patterns.
Posted by justpeachy36 at 11:30 AM