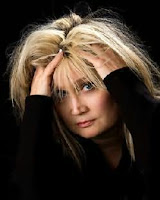 Wild cats have been part of my life for a very long time.  First, it started with an obsession with cheetah and leopard prints—clothes, shoes, handbags, rugs, pillows, furniture.  I’ve graduated to zebra, tiger, and giraffe prints, too.   But more importantly are the real-life cats I’ve encountered.
In 1999, a six-week-old African serval moved into my home, by way of my former husband who worked with exotic cats.   Zuni (that’s what we named her) was gravely ill.   With lots of love and medical care, she recovered and became part of our family.  I did my first publicity shot with her.  She was an absolute delight, sweet and affectionate.   But she could be a pain, too, peeing where she shouldn’t and nipping at you when you weren’t looking.   She was a wild animal, after all, and was only doing what wild creatures do.   She lived with us for eight years, then moved in with another family who had a male serval.
During the time Zuni lived with us, we attended a charity event at a big cat rescue.    We were secretly allowed to approach a tiger’s containment.   This isn’t the norm and I wouldn’t recommend it to anyone.   It’s a scary and stupid thing to do.  Our kids were teenagers then, and all of us were standing next to the tiger’s cage.    We were told that we could put our hand against the bars and the tiger would blow against it, but to not curl our fingers or he could pull our entire arm into his cage.
Did I do it?   No, but I foolishly considered it.  So did my daughter.  But then we got smart and chickened out.  My son did it.  He put his hand right up there, and the tiger blew warmly against his fingers.    He said it was the most amazing feeling in the world.   Nonetheless, he shouldn’t have made contact with the tiger, and as a parent, I shouldn’t have allowed it.
During that era, I researched mountains lions for a book I wrote for Silhouette Desire called NIGHT WIND’S WOMAN.   It was released in November 2000, and the hero ran a big cat rescue.  He also rescued a mountain lion that had lived in his home with him.   This wasn’t a scenario I made up.   A very nice woman had shared her mountain lion experiences with me, and a lot of it went into the book.   She admitted how naïve she’d been, bringing a mountain lion into her home.   Again, not something that’s recommended.
And now, in December 2011, I have another mountain lion book--FERAL, a wildly erotic romance published by Berkley Heat.   This time I decided that the hero would be a mountain lion shapeshifter.  I already knew a lot about this amazing cat and felt a kinship toward it, giving me an immediate kinship with my hero.  FERAL was fun and fascinating to write.  Romantic Times gave it four stars and called it “…classic Beauty and the Beast with a werecat twist.”  To read the prologue and first chapter, click here

http://cheriefeather.blogspot.com/2011/10/feral-excerpt.html. (NOTE: this excerpt may not be appropriate for readers under 18-years-of-age)
The prologue will show you how the hero became a shapeshifter and the first chapter will give you insight into the heroine, a woman who runs a big cat rescue that she’s on the verge of losing.  In FERAL, all of my mountain lion research over the years has taken on a new life, a new way to tell a wild cat story.
Finally a question for everyone…since Christmas is just days away, what type of sexy shapeshifter would you like to kiss under the mistletoe?   What’s your shifter of choice?
Thanks to Deb’s Book Bag for having me as a guest blogger and blessing to book lovers everywhere.   Happy  Holidays!

The publisher is sponsoring a give for one copy of Feral by Sheri Whitefeather.

~ You must be GFC follower or e-mail subscriber to participate.
~ US and Canadian Addresses only (publisher request).
~ The deadline to enter this giveaway is Midnight EST January 4th.

1. Please answer Sheri's question in the comments on THIS post.
2. Please fill out the FORM.
Posted by justpeachy36 at 9:00 AM

I quite liked it a lot Ann! Intriguing is putting it mildly LOL!

I will love a tiger, there are very sexy. Thanks for the giveaway.

Justpeachy--thank you for the wonderful FERAL review. I'm so glad you enjoyed the book.

Cozy Texas--cool Blog name. Thanks for leaving a comment.

Barbarita--I agree, the little girls in your profile pic are beautiful. Thanks for catching my post on facebook and for stopping by this to site to leave a comment.

I think black panther/jaguars are sexy animals. Book sounded good and review has it on my must read list. Thanks for hte giveaway...and Happy Holidays.

Thanks for stopping by to Sheri! I loved the book and I'm sure my readers will too!

Tanya--Oh, that's so nice that you're putting FERAL on your must-read list. Thank you!

Either a black panther or a black wolf. Both are gorgeous!! Feral sounds awesome and I will be putting it on the to buy list. Hope fully I will win it..

Looks really good:)
I love big shifter cats and Wolfs..
They just rock:)
thankl you for the giveaway.

Wow this book sounds really good! I love to know about new author (to me) Thanks for this giveaway!

I would like to kiss a wolf. Please enter me in contest. I would love to read this book. Sounds very good. Tore923@aol.com

My sexy shapeshifter of choice is a werepanther! If Santa brings me one of those for Christmas this year, I promise I will never ask for another gift! EVER! This book looks awesome and I really hope I win a copy!!

As usual my favorite shifter is a wolf... but Sheri's book makes me think big cats might be interesting as well...

I would love to kiss under the mistletoe a sexy panther! The big cats are my fav kind of shifters:) Thanks for the giveaway... the book sounds fantastic!!!

I do love the big cats. Panthers are probably my favorites.
Congrats on the release, it sounds really good.

Thank you, all of you, for your wonderful comments and for sharing your shifter preferences. I very much appreciate your interest in FERAL, too.

Speaking of shifters (werewolves, in particular) I watched "Red Riding Hood" last night on HBO. I know it got crummy reviews, but I enjoyed it. It fascinated me that Julie Christie was the grandmother. I remember her from back in the day. I always liked her. I really like Amanda Seyfried, too. I think she captured her role beautifully.

There is just something about cats - their eyes are mesmerizing! But they definitely need to be respected - good call not to push the encounter.

Thanks, Di!
Good luck to everyone who entered the contest and happy holidays! I'm flying off this morning to see my son in San Francisco.

Have a great holiday Sheri!

Feral sounds like its going to be a great cat-shifter read :)! It's an intriguing plot and I like that the story includes how the hero became a shifter.