Excerpt from The Real Werewives of Vampire County (This is an excerpt from Alexandra Ivy's story, "Where Darkness Lives")


"Where Darkness Lives" by Alexandra Ivy

No one's more surprised than Sophia when she's struck by an unfamiliar maternal urge to move near her daughters. But instead of being greeted by a welcome committee, she's targeted by kidnappers... and saddled with a gorgeous bodyguard on a mission to protect - and seduce...


I'M A TOMBOY AT HEART, BUT I WANT A MAN WHO MAKES ME FEEL LIKE A REAL WOMAN...


When a werewolf trophy wife is found dead in Vampire County, Heather McPhee goes undercover to investigate. Heather's never been a mascara-and-manicures sort of girl, but she's willing to learn. Especially with sexy vampire detective Lucien Mead posing as her husband...


"What's Yours is Mine" by Jess Haines


WHO'S AFRAID OF THE BIG, BAD WEREWOLVES? NOT ME, THAT'S FOR SURE...

Still Waters is like many other exclusive gated communities - except that it's home to one of the largest werewolf packs in the state. But Tiffany Winters isn't frightened of her big, bad new neighbors. In fact, she intends to take her place among the pack...


THIS IS A TOWN FULL OF SECRETS, AND I INTEND TO UNCOVER ALL OF THEM...


Ever since Christine Price moved in with her fiance, Jonathan, and his twelve-year-old son, she's worked hard to fit in with a cadre of local women whose lives seem picture-perfect. Except no one in Jon's upscale neighborhood is quite who they appear to be. Least of all Jon...


Reviewing anthologies or story collections is always somewhat of a task for me. I like to provide my readers with as much information as possible and let's face it, there's a lot of information to be had, when you have more than one author. I try not to overwhelm but I still want to give an accurate and meaningful review of each of the stories in the book and with The Werewives of Vampire County that was easy! This is such a great collection from some highly respected paranormal writers. I will offer my thoughts on each story and give each one a rating along with an overall rating for the entire book at the end. Enjoy!

"Where Darkness Lives" by Alexandra Ivy


If you are familiar with Alexandra Ivy's Guardian's of Eternity series, you'll know that this isn't the first time readers have been introduced to Sophie, a highly revered purebred were who is one of the few that has been able to produce purebred offspring. When readers first met Sophie in Darkness Everlasting, she was a bit cold and stand-offish. In this story Ivy takes a different tact with Sophie, though she still still a bit obsessed with the "purebred" idealism, she shows there is a lot more to her than just good genes. Luc, the hero of this story is just delicious! Ivy gives readers another purebred, but he defines what that statement could really mean. He's very loyal and protective and as seductive as can be. A true Alpha! I would give this one 5 out of 5 apples. Though it is a short story the pacing was perfect!


This one is probably my favorite in the anthology. Angie Fox known for her Demon Slayer series pulls out all the stops with this short story. Heather is a tom-boy who finds herself trying to fit into high society, supernatural style. The latest trend in Vampire county is mixed marriages, all the vampires want werewives and when one turns up dead, it's up werewolf Heather, and vampire Lucien to infiltrate and investigate! There is so much humor in this one that readers will get a good laugh on just about every page. Lucien's assistant Vinny is a shapeshifting riot and Heather's just isn't cut out for dresses and heels. The interaction between Heather and Lucien is witty and full of fun and readers will probably be wishing like I did that Angie Fox writes more about this intriguing couple! Definitely a 5 out of 5 story.

"What's Yours is Mine" by Jess Haines


Jess has been a favorite author of mine since the beginning of the H & W Investigations series and I was really excited that she was a part of this great anthology. So I was a little disappointed that I didn't like this particular story as much as the others. Don't get me wrong it is still good, but the others were just fantastic. In this one the Diamondfang pack is looking for new members. They want to expand their pack, but they don't want just anyone. They want the elite, the best of the best and Tiffany Winters appears on the surface to be just what they are looking for. But there's more to Tiffany than meets the eye. I thought Haines rushed through this one a little bit. I liked the whole idea of the gated community and the elite group of werewolves. There was  a lot of potential, but I think the constraints of the short story didn't give it enough time to develop. If it had been drawn out more I think it would have worked better. This one gets 4 out of 5 apples.


I have to admit this is my first experience with this author. This particular story had a little bit of a different tone to it than the others in the anthology and I was glued to it, LOL! Nobody and nothing in this story is what they appear to be. When Christine marries Jonathon and moves in with him and his son, she makes an effort to start to fit into this closed community. But she begins to have her doubts about these neighbors, there is something odd about them and she can't quite put her finger on it. When she begins to have doubts about Jon and what might have happened to his first wife, the action heats up. I liked this one a lot. Very intriguing and mysterious. That mysteriousness really carried the story and kept me reading long into the night. Another 5 out of 5 story!

As you can tell I liked this anthology a lot and though Jess Haines' story wasn't quite as on par with the others, it was still really good. I certainly have no complaints about this one overall. In the past I haven't necessarily been a big fan of collections or anthologies, but if I read enough good ones like this one, I would probably change my mind! I recommend it to Urban Fantasy and Paranormal fans who are looking for stories that can be read quickly during this hectic holiday season.


The Real Werewives of Vampire County is available NOW from your favorite bookseller.


I'm giving this one 5 out of 5 apples overall from my book bag! 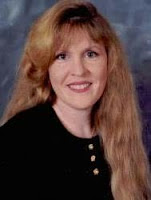 Alexandra Ivy graduated from Truman University with a degree in theatre before deciding she preferred to bring her characters to life on paper rather than the stage. She currently lives in Missouri with her extraordinarily patient husband and teenage sons.

Angie Fox is the New York Times bestselling author of several books about vampires, werewolves and things that go bump in the night. She claims that researching her stories can be just as much fun as writing them. In the name of fact-finding, Angie has ridden with Harley biker gangs, explored the tunnels underneath Hoover Dam and found an interesting recipe for Mamma Coalpot's Southern Skunk Surprise (she's still trying to get her courage up to try it). Angie earned a Journalism degree from the University of Missouri. She worked in television news and then in advertising before beginning her career as an author.

Tami Dane is rarely seen in anything but black sweatpants and hoodies, unless she's in historical garb. And when she's not stomping around in mud, bedecked in velvet and lace, or working on her latest sewing project, she has her head buried in a book or eyes glued to her computer monitor. Not only does she love sewing. She also loves writing.

Tami Dane is rarely seen in anything but black sweatpants and hoodies, unless she's in historical garb. And when she's not stomping around in mud, bedecked in velvet and lace, or working on her latest sewing project, she has her head buried in a book or eyes glued to her computer monitor. Not only does she love sewing. She also loves writing.
Posted by justpeachy36 at 10:00 AM