Review: A Sound Among the Trees

A Sound Among the Trees by Susan Meissner


Excerpt from A Sound Among the Trees


A HOUSE SHROUDED in TIME. A LINE of WOMEN WITH a HERITAGE of LOSS.


As a young bride, Susannah Page was rumored to be a Civil War spy for the North, a traitor to her Virginian roots. Her great-grandmother Adelaide, the current matriarch of Holly Oak, doesn't believe that Susannah's ghost haunts the antebellum mansion looking for a pardon, but rather that the house itself bears a grudge toward its tragic past.


When Marielle Bishop marries into the family and is transplanted from the arid west to her husband's home, she is soon led to believe that the house she's just settled into brings misfortune to the women who live there.


With Adelaide's richly peppered superstitions and deep family roots at stake, Marielle must sort out the truth about Susannah Page and Holly Oak - and make peace with the sacrifices she has made for love.


Susan Meissner's novel, A Sound Among the Trees weaves together both the contemporary and the historical to give readers a mysterious and haunting novel. Meissner is known for her writing about love and loss and this novel is no exception. The author is able to draw the reader in and lose them in the nuances and history of the civil war era, while still grounding them in the present day. Not an easy feat! Meissner has a knack for creating a setting that is steeped in mystery and intrigue that will have readers on the edge of their collective seats!

This is a novel that has to be savored. It starts out in the present day with Marielle Bishop meeting the man of her dreams online. She leaves her home in the Arizona desert to join him at Holly Oak, his estate in Virginia. What she doesn't know is that Holly Oak has a history all it's own. I liked the fact that Meissner starts out the story in the present and then works back and forth between Marielle's story and Suzanne's story, which takes place in the Civil War era. She weaves both story lines effortlessly and takes the reader on quite a journey. It started out a little slow for me, but it really picked up when Marielle begins to study Suzanne's Page's letters, that end up revealing what really happened to her at Holly Oak. Once I got to the letters, I flew through the rest of the book. It was interesting and engaging.

Though there was no major conflict in this novel. It still worked. Meissner is able to pull off the "semblance" of conflict by showing Suzanne or the house itself as an conflicted entity. There was something not quite right about it. I liked the fact that Marielle took it upon herself to try to figure out what was going on, not only to ease her own mind but Adelaide's as well. It was very mysterious and spooky in some ways and that added to the overall appeal of the book. I thought Messiner did a fantastic job of creating suspense and urgency just with the mystery itself. The house was so interesting that it almost took on the role of a character in itself.

I thought Marielle was just as interesting as Suzanne, though Suzanne had the more colorful life. When Marielle first hears all the rumors about Suzanne and the house she sort of dismisses them and goes about trying to live in a home that belonged to her new husband and his former wife. She has a lot to digest without taking on a ghost. She is trying to start a life with a man and his children in a place that holds some very strong memories of their mother. That was daunting, but once she starts to put some credence behind the stories about the house and Suzanne, it gives her a new sense of purpose. She doesn't want to end up a part of the curse that seems to have descended on the women of Holly Oak and I thought she was courageous and full of determination. Just an all around great character.

This is one I would recommend to readers who are looking for something a little different. For romance readers and especially for history buffs. There is a lot going on in this novel and Meissner really had a vision for how she wanted this one to go. A Sound Among the Tree's may seem a little tedious in the beginning but if you give it, it's due and keep reading I think you'll really enjoy this one!

A Sound Among the Trees is available NOW from your favorite bookseller. 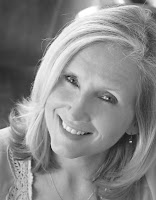 Award-winning writer Susan Meissner is a multi-published author, speaker, and workshop leader with a background in community journalism. Her novels include The Shape of Mercy, named by Publishers Weekly as one of the Best Books of 2008, White Picket Fences; and Lady in Waiting. She is a pastor's wife and a mother of four young adults. When she's not writing, Susan directs the Small Groups and Connection Ministry program at her San Diego church.

I really enjoyed this as well. It went in a different direction that I had anticipated but I still enjoyed it very much. I also enjoyed The Shape of Mercy.

I am so glad that you reviewed this book. I love historical fiction but I wasn't sure about this one. Now I know that I want to read it.

This sounds right up my ally and I love that cover. Thanks for the review!