Excerpt from Double Booked for Death


Darla Pettistone left Texas for New York after unexpectedly inheriting her great-aunt Dee's Brooklyn bookstore. She didn't know that the store's mascot - Hamlet, an oversize black cat with a personality to match - was also part of the deal. And he may be more trouble than Darla bargained for...


As the new owner of Pettistone's Fine Books, Darla Pettistone is determined to prove herself a worthy successor to her late great-aunt Dee... and equally determined to outwit Hamlet, the smarter-than-thou cat she inherited along with the shop.

Darla's first store event is a real coup - the hottest bestselling author of the moment is holding a signing there, which brings hordes of fans and some protestors. But when the author meets an untimely end during the event, it's hardly good for business, even though it's ruled an accident - until Hamlet digs up a clue that seems to indicate otherwise. Now, Darla fears a killer might be lurking about... Can the interfering Hamlet point the paw at the culprit without losing one of his own nine lives?


Ali Brandon is a pen name used by author Diane Stuckart, who wrote the Leonardo da Vinci mystery series. Her latest series stars a very curious black cat named Hamlet and a new bookstore owner. In Double Booked for Death, first in the series, Brandon introduces readers to Darla Pettistone and the quirky Brooklyn residents that frequent her late aunt Dee's book shop. Brandon gives the cozy community a new series with a lot of potential.

The first book in a series is always very important. It's that time when the author is setting everything up and getting ready for greatness. I usually tend to give first books in a series a little grace, much like I do with debut authors. Largely that is because of the necessity to get a lot of information on the page without loosing the sense of urgency necessary to carry off a good plot. Brandon is a seasoned writer, having had great success with the Leonardo da Vinci series and I had high hopes going into the Black Cat Bookshop series. There were some hits and misses with this one but overall it was very enjoyable and has a lot of potential for future installments.

What I liked... I liked the quirky characters that Brandon brings together in Double Booked for Death. The Brooklyn residents and people who surround Darla are interesting and fun to read about. I'm definitely looking forward to reading more about them in future books including Callie and the professor. I also liked the fact that Darla's partner in crime, so to speak, is another woman, Jake. Jake or Jacqueline added to the story in a lot of ways, and I thought the two main characters worked well together. I liked Hamlet as well. I loved the name for the cat. I was glad he was just a normal cat and didn't talk or walk through walls or anything like that. I liked his mischievous attitude and his way of finding clues.


I loved the fact that the series is set in a bookshop. The atmosphere and the setting was perfect. Anyone who loves books, loves learning all the ins and outs of a local bookstore and I'm sure there will lots of readers who enjoy that aspect of this series. I also liked the overall theme or idea of the book. The mystery surrounds a YA author who has a bit of a controversial life. She is being accused of plagiarism and being a paranormal writer she has to contend with right wing religious groups who picket her signings. When the author turns up dead outside Darla's shop, that gives Darla a reason to inspect and snoop and try to figure out what happened. There was definitely some suspects with motives and I liked the overall vibe of the book.

What I didn't like...  If you read a lot of cozies, which I do. There are probably a few things about them that seem repetitive. The cozies that I like best are the ones that are a little bit out of the box. Being a former Agatha Christie mega-fan, I know that the same old theme can be dressed in many different ways. In Double Booked for Death, Brandon uses the tried and true cozy pattern of having a cop or ex-cop somehow involved in the story. In this one, it's Jake being Darla's tenant. Jake being a former cop. I kind of wish Brandon had taken a different path with that part of the story. That's not necessarily a slight against the author, just the cozy world in general. A little variety goes a long way.

The only other problem I had with this one does involve the author's process. When it was all said and done Darla and Hamlet may have helped with the case a little bit, but they really didn't solve the case. There ended up being a big "confession" moment, where everything is revealed, but Darla wasn't really essential in making this happen. It could have been someone else. I guess I just felt a little let down by the fact that they had gone through so much and still didn't get the glory!


There is a lot of potential here with this series and I'm definitely looking forward to reading more. I think as usual what happens with the first book in a series, is that the plot of the book kind of gets lost in the set up and I think that's basically what happened with this one. Don't get me wrong I liked it a lot, but there were some minor hiccups! Don't take my word for it though, get a copy and see what you think!!!

Double Booked for Death is available NOW from your favorite bookseller. 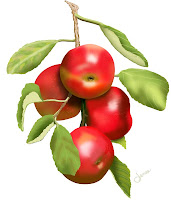 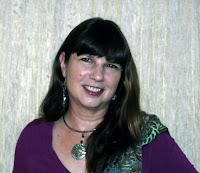 Ali Brandon is the pen name for Diane A.S. Stuckart, author of the Leonardo da Vinci Mysteries, as well as, several acclaimed historical romances and numerous works of short fiction under the names Alexa Smart and Anna Gerard. Born in the West Texas town of Lubbock, she earned her degree in journalism from the University of Oklahoma. She now lives in South Florida with her husband, Gerry, and a menagerie that includes their two orange tabby cats, Butch and Sundance... neither of whom consented to be in her author photo!

The publisher is sponsoring a giveaway for one copy of Double Booked for Death by Ali Brandon.

~ You must be GFC follower or e-mail subscriber to participate.
~ US addresses only (Publisher Request).
~ The deadline to enter this giveaway is Midnight EST January 5th.


1. Please leave a question or comment for Ali in the comments of THIS post.
2. Please fill out the FORM.
Posted by justpeachy36 at 1:00 PM

Thank you for doing this interview and hosting the giveaway. I've signed up for your Cozy Mystery Challenge, might have to read this one, lol.

Interesting review. I'm okay with a confession as long as the sleuth has done the work to talk to the right people, I've used it myself in one of my books, but I will take note of your review for future novels. It's always good to know what cozy fans expect.
Ann

Confession or not, it still sounds good to me.

Great review. I am definitely interested in this one. A mystery involving a bookstore? What could be more perfect?

I recently heard of this book and I have it on my wishlist.

I love black cats. I used to have one named Othello. Sounds like a great new series!

Thanks for the giveaway and interview. I love reading new authors and I would love to read your book. Tore923@aol.com

After this interview I have to red this book.

Thanks for the chance to win it.

Quirky characters, a bookstore and a cat named Hamlet - sounds like a must read to me!
kpbarnett1941[at]aol.com

You had me at bookstore and a cat named Hamlet!! This sounds like a cozy mystery series I definitely want to get in on! Thanks for letting me know about it:)

A cozy mystery wtih a bookstore and a cat. sounds like a fun read. Thanks for the givewawy.

thank you for this giveaway!!!

Cozies are my fave! No matter how the denouement comes about, I still love the thrill of getting there.

I love cozies and this one is on my wish list!

A cozy with a bookstore AND a kitty = the perfect combination!

What inspired her to write this?
& Does she have a cat in real life?

This book sounds very interesting. Congratulations on the book!