Excerpt from My Lord Vampire


IN the first of a mesmerizing trilogy, Alexandra Ivy, author of the Guardians of Eternity series, introduces the Immortal Rogues - three vampires duty-bound to protect their own kind as they fall prey to mortal desires...


Centuries have passed since Gideon Ravel dwelled among humans. Now he must infiltrate the cream of London society to earn the trust of one woman. Simone, Lady Gilbert, possesses an amulet of unimaginable power, and no concept of the threat that surrounds her. The ton's gossip prepared him for her beauty and wit. But he is blindsided by her barely disguised sensuality and his growing need to possess her...


None of the idle aristocrats who vie for Simone's attentions know about her past. To them she is the sophisticated, worldly widow known as the "Wicked Temptress." The truth would ruin her, and she has never been tempted to reveal it until now. Yet beneath Gideon's bold, black-eyed stare is a hunger that demands satisfaction and complete surrender... and a secret far more dangerous than her own...

My Lord Vampire is the first in a trilogy previously published under Alexandra Ivy's pen name Deborah Raleigh. This series features a trio of vampires who are out to protect their way of life in the Veil, a Utopian vampire society. This is some of Ivy's early work and was written well before the Guardian's of Eternity series. Fans of Ivy's writing will find this Regency era paranormal a refreshing change of pace.

My first experience with Alexandra Ivy's writing came in the form of an anthology. It was a short taste of her work that only whetted my appetite for more. I have yet to read the Guardian's of Eternity series, but it is on my wish list. So, this early version of Ivy's work was intriguing to me and I wanted to read it just because it came before her highly acclaimed series.

This book is a bit more old school. A historical paranormal if you will. Being a former history major I was interested in Ivy's take on the Regency period and how her vampire mythology would take it's course. I loved the whole idea of "the Veil." It gave Ivy's vampires a more authentic ring to them. They wanted to live in a world where they weren't considered monsters. Where their hungers were controllable and they didn't face the persecution and the need for secrecy. Having a place where they could be truly themselves was certainly an interesting premise for a novel. I thought Ivy did a fantastic job of showing how it was created and why it was so important to protect it, though I would have liked a little more information on how the Veil operated. I think that will be forthcoming in the other books in the series.


Gideon Ravel was the epitome of an old school vampire. He was arrogant and full of himself. He was attractive and unattainable. He has a lot of preconceived notions about how Simone will react to being protected by him. I liked the fact that Ivy kept him off-balance by Simone's attitudes and sensuality. It was a bit like he'd found a drug he couldn't do without. She was that drug and figuring out that his ideas about the world were so different than he expected was all due to her and her own secrets. In the end I think he was just as concerned about protecting her as he was the amulet that allowed the Veil to remain intact.

Simone is a woman of mystery. She has this air of intrigue about her that keeps men guessing. She has some secrets of her own that doesn't want to come to light, but she continues to garner that mysterious cloak around her throughout the book. She is even a mystery to Gideon, who is tasked with keeping her portion of the amulet safe. She has a strength about her that is compelling. She is much like many women of the Regency period and I found myself wishing she was a little more decisive, but that wasn't the way of things in that day and I'm glad that Ivy didn't push the boundaries too far. It made her a more real character that fit the time and the circumstances.

The romance in this one is very sensual, but it doesn't go the way of most romance novels. It isn't so hot and steamy that you need a fan while you read it. It alludes to a lot and sometimes that's better than being told exactly what he's going to do next. I like a book that leaves a little to the imagination, because I've got a good one! LOL I think this kind of clean paranormal writing definitely has a place in the sub-genre. It will appeal to romance readers, paranormal fans and history buffs. I liked the fact that Ivy didn't forget the period she was writing about. Now I'm intrigued to read the rest of the trilogy and her other early works, as well as her most popular series. A good start to a good series!


My Lord Vampire is available NOW from your favorite bookseller. 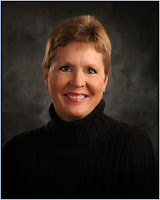 Alexandra Ivy graduated from Truman University with a degree in theatre before deciding she preferred to bring her characters to life on paper rather than the stage. She currently lives in Missouri with her extraordinarily patient husband and teenage sons.
Posted by justpeachy36 at 9:30 AM