(Received for an honest review from New American Library) 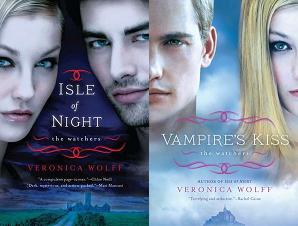 
IF YOU'RE GOING TO BE PARTNERED WITH A VAMPIRE, YOU HAVE TO WORK THE NIGHT SHIFT.


By her wits, blood, and sacrifice, so far Drew has survived the intense training on the Isle of Night. She's a second-year Acari, and her ultimate goal is to become a Watcher. Now she has a shot at her first mission... except nothing is as it seems. The vampire Alcantara is as sinister as he is sexy. Drew's mentor, Ronan, is more distant than ever, and it turns out that there are other vampires out there. Bad ones.


Ancient, bloodthirsty, and powerful, these undead are really old-school. They've captured one of the Watcher vamps and are torturing him for information. The only chance to save him is to infiltrate a major summit the baddies are holding on their own island. There will be mortals serving as butlers, maids, and various hired help. Drew had better brush up on her skills as a serving girl, because she's about to go undercover.


When the vampire prisoner turns out to be a gorgeous bad boy, Drew's first mission quickly turns into more than she bargained for...


Veronica Wolff's second book in the Watchers series, Vampire's Kiss, is a young adult novel that will appeal to adult readers as well. Wolff's take on vampires is fresh and inventive. Her pacing is fast and furious, her characters emotionally riveting, and her world building skills are superlative. This is a great sophomore effort by an author who has her finger on the pulse of YA paranormal writing. If you thought Isle of Night was good, you are going to love Vampire's Kiss!

As most of you know I review very few young adult novels. There are several reasons for this. I really enjoy the ideas and the plots of most YA fiction but I am constantly wishing for more adult dialogue and situations. The romance is a bit too tame for me and the characters always seem just a little too simpering. However, there are a few YA books that catch my interest and hold on tight, Vampire's Kiss is certainly one of those. Veronica Wolff is definitely on to something with this series. She started out strong with Isle of Night and keeps up the quality writing and entertainment value in the second book.

Annelise Drew has made it through her first year in an all girl school full of assassin's in training. Not only that, but they are training to protect a group of vampires. Becoming a Watcher may be her own shot at getting off the island. Wolff's character development is impressive. She not only gives her heroine a tough exterior but also shows her vulnerabilities. I liked the fact that everything isn't quite what it seems with this new mission Annelise takes on. She learns a hard lesson about trusting a vampire and she shows a lot of growth throughout. She is still dealing with bullies and a few school girl crushes, but she mature a lot in this book.

Wolff's take on vampire mythology is a-typical. She builds her world with some pretty scary players and in Vampire's Kiss readers are introduced to some even more dangerous characters. Her bad guys are bad. Her vampires are ruthless and bloodthirsty. Old school doesn't seem to quite cover it. The intensity of the story is however, is tempered with quite a bit romance. Annelise has not one, but four possible love interests before this book ends. You what they say... go big or go home! Wolff went big...

I haven't decided which one of these boys has got my vote yet. Ronan is the sexy mentor, Alcantara the sexy older man. McCloud is new and different, and has that bad boy quality and Josh is just that friend she really enjoys flirting with. Who's going to get the girl? It's anyone's guess. That's just one of the many questions Wolff leaves readers with at the end of this one. I wouldn't exactly say there is a cliffhanger, more of just a lot of tantalizing details about what's to come. Can't wait to read the next one in this series, it comes out in August!


Vampire's Kiss is available NOW from your favorite bookseller. 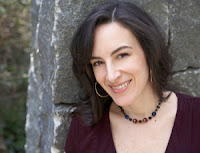 Like her heroine, Veronica Wolff braved an all girls school, traveled to faraway places, and studied lots of languages. She was not, however, ever trained as an assassin (or so she claims). In real life, she's most often found on a beach or in the mountains of northern California.
Posted by justpeachy36 at 9:30 AM